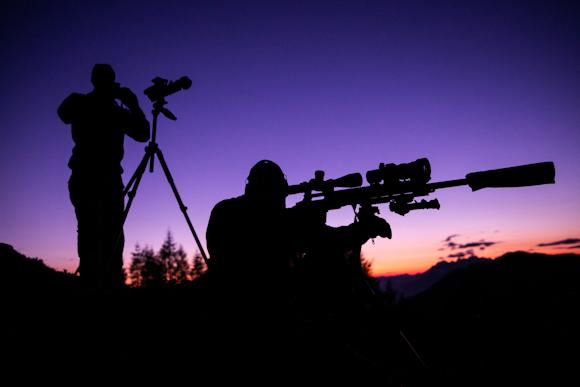 The Task Force Takuba - wanted by President Macron to implement the French effort against jihadist militias in the Sahel - will be strengthened with the arrival of the Greek special forces. In fact, in June, the Greek Foreign Minister, Nikos Dendias, had announced that his country was ready to play a more active role in West Africa, announcing a possible participation in the Task Force Takuba and the opening of an embassy in Senegal (the growing tensions in the Eastern Mediterranean between Athens and Ankara had pushed the issue into the background).

As the Task Force is known Takuba it is made up of the special forces of various European countries (with related logistical supports), including Sweden, the Czech Republic, the United Kingdom, France and precisely Greece.

Athens will probably send ETA paratroopers (Idiko Tmima Alexiptotiston), of the 2nd regiment of the Greek Army. Formed in 1959, with the assistance of Special Forces American, the unit had predominantly long-range reconnaissance duties (LRRP), later it increased its missions to include direct action, sabotage and strategic reconnaissance.

The ETA raiders operated in the former Yugoslavia and Afghanistan, cooperating with similar units of the other NATO forces, in particular with the British SAS (Special Air Service) and with the raiders of the 9th Assault Regiment Col Moschin.

Just the Nono it will form the basis on which the component will be prepared combat of the Italian contingent, included in the Task Force Takuba, which presumably will be activated in the first months of 2021. Other assets will be provided by the 185 ° RRAO and by the rangers of the Monte Cervino, plus a logistics component.

As for the air support, provided by the 3rd REOS of Viterbo, it was initially thought to send only medium helicopters (4 UH-90 as in the mission First Parthica in Iraq), however the French have expressed the need to also have heavier machines. It is therefore possible to use at least two CH-47Fs, in addition to the AH-129Ds for the fire support of the 7th AvEs regiment Vega.

When he was secretary of state, John Kerry had threatened Erdoğan to expel Turkey from NATO (despite not ...
1292
Read

During the last world war, the Italian state abandoned thousands of ascari (Eritrean fighters) who ...
3337
Read

In the 25 November 2019 incident, when a Tigre attack helicopter and a Puma transport helicopter collided ...
2268
Read

The head of naval operations, the adm. Mike Gilday and members of the United States Congress, during the Symposium ...
1752
Read

The Minister of the French Armed Forces, Florence Parly, stressed the importance for the Nation of being able to dispose ...
1973
Read

The French forces, framed in Operation Barkhane in Mali, allegedly killed civilians in the course of air raids ...
3164
Read

After Germany, Poland and Italy, Turkey's turn has come to lead the VJTF (Very ...
2534
Read

On December 25, 2020, the Japanese Ministry of Defense (MoD) announced that it would include the purchase cost ...
1593
Read