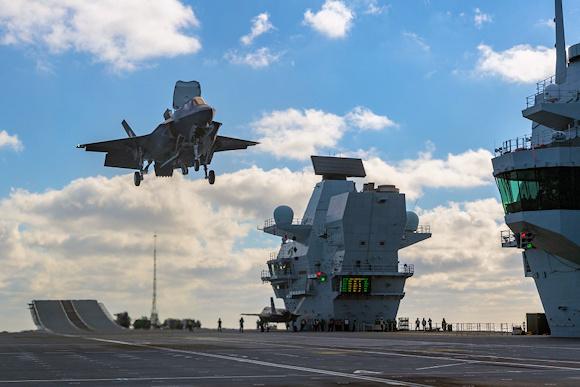 The United States has long pursued a strategy, called "rimlands," around the Eurasian periphery, which by definition means it has to travel intercontinental distances, probably across disputed waters and skies, just to get to the battlefield. We have to fight to get to battle, as a US Navy commander said not long ago.

During the early stages of American involvement in World War II, the supplies of materials and armaments to the United Kingdom (Lend-Lease) came through ocean routes which, a more astute adversary, could have successfully obstructed.

Let's talk about the creation of bubbles anti-access (A2 / AD), i.e. implementing a strategy of integrated systems such as surface-to-air missile batteries, coastal anti-ship missile batteries, cruise missiles, as well as the use of surface naval and submarine units, of special forces , passing through anti-satellite systems, EW and cyber warfare.

The Chinese anti-access strategy finds its best synthesis in the actions undertaken by the air and naval forces of Beijing, aimed at the "barrage" of archipelagos, sea lines and airspace, outside the Chinese territory but on which China claims possession or of sovereignty. 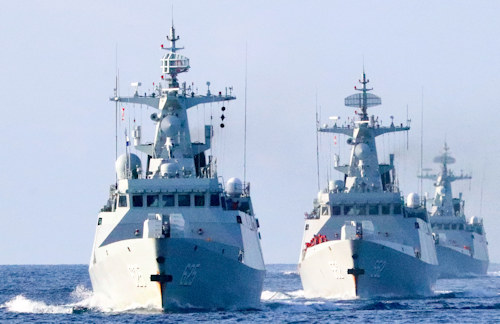 In practice, Beijing wants to prevent the US XNUMXth Fleet from reaching the battlefield, starting from the bases in the Hawaiian Islands, in time to be able to influence the outcome of the clash, thus establishing the conditions of access to its area of ​​influence.

Western navies fight in "systems" that depend heavily on the electromagnetic spectrum to transmit information and instructions to the constituent parts of the system and vice versa. The components, the nodes of the system, are ships, planes, armaments, sensors and so on.

A system could be a large formation such as a fleet, an amphibious brigade, or an expeditionary air force. Or it could be something smaller, like a group of surface actions. Taking the concept to the extreme, a single warship is itself a "system of systems", relying on various subsystems to push the hull through the water, generate electricity, detect, track and target hostile forces, and so on. . The same goes for other complex platforms.

It is also true that this interdependence between subsystems creates opportunities for the adversary. Attacking a military system can, but not necessarily, involve "kinetic" measures such as missile strikes.

If an opponent can reach that ship and disrupt its internal functioning, it is carrying out a type of "systems destruction" attack. It could wreak havoc simply by launching a cyber attack; even using social media to distract and confuse the crew (the so-called war hybrid). 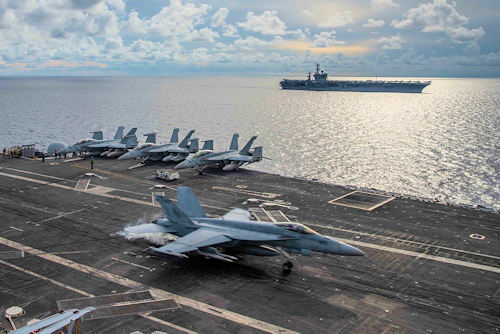 So Western reliance on the EM spectrum creates the opportunity for a local advocate to stop operations. Indeed, the Chinese People's Liberation Army thinks in terms of defeating "systems" rather than military forces, traditionally understood.

Western navies therefore face problems of geography and technology, along with asymmetries, all of which characterize modern conflicts.

How are these problems solved?

As Clausewitz reminds us, the simplest thing is difficult to accomplish in strategic competition and warfare.

In the first place it would be necessary to politically diversify the system, from a perspective as much as possible joint. In this regard it is advantageous that US Navy commanders now speak of "interchangeability" between allied forces rather than mere "interoperability", which refers to the ability to work together despite hardwaredissimilar tactics or procedures.

Rather than assembling one task strength with units from multiple navies - which has been common practice since the inception of NATO or the US-Japan security alliance - interchangeability could lead to mixed crews and true integration. Indeed, this is happening in the Atlantic right before our eyes. The push for interchangeability is particularly noteworthy in the field of naval aviation.

The first supercarrier of the Royal Navy, HMS Queen Elizabeth (opening photo), is preparing to make its first deployment with a squadron of US Navy F-35Bs. 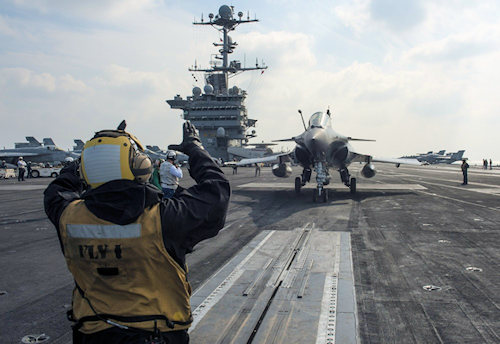 French embarked fighter pilots took off from the flight decks of American aircraft carriers to remain certified when their only naval platform (the nuclear aircraft carrier Charles de Gaulle) was undergoing renovations.

These days the Italian aircraft carrier Cavour is in Norfolk, Virginia to certify its flight group for the use of F-35Bs, soon to be acquired by the Navy.

Another determining factor is geography.

Using the geography of the Japanese Archipelago in concert with American naval power could cause serious damage to Chinese hegemonic ambitions in the South China Sea, bottling naval and merchant shipping within the first chain of islands or preventing any type of shipping from moving. within it.

Winning the island war is of primary importance in the strategic competition of the two Powers in the South Pacific. For this to happen it is essential that the US Navy and the Marine Corps can fight synergistically, excelling in a multi-domain context near the friendly coasts.

Photo: US Navy / Ministry of National Defense of the People's Republic of China

This afternoon, the Ministry of Defense of the Russian Federation issued the following statement: "Two ...
956
Read

The latest news about the movements of Russian troops towards Crimea speak of three regiments of the VDV (Vozdušno -...
5502
Read

The tension between Ukraine and Russia does not seem to be defused, having been engaged for weeks to "flex their muscles" in the ...
4403
Read

In March 2021, three nuclear submarines simultaneously emerged near the Alexandra Island of the archipelago of ...
1780
Read

The Kirov class nuclear-powered cruiser (Project 11442M) Admiral Nakhimov which has been under construction since 2013 ...
2864
Read

The utterances of the Deputy Prime Minister of the Russian Federation, dated 8 April, Dmitry Nikolaevič Kozak, are ...
3973
Read

Some operators of the special forces of the Russian Federation, the KSO (Komandovanie sil spetsial'nalnykh operatsii), ...
7400
Read

The Takuba Task Force is taking shape more and more, wanted by France to fight the jihadist groups operating ...
5079
Read