Home Military world The Infantry Weapon: the Queen of all ...

The Infantry Weapon: the Queen of all battles - First episode: "the captain" 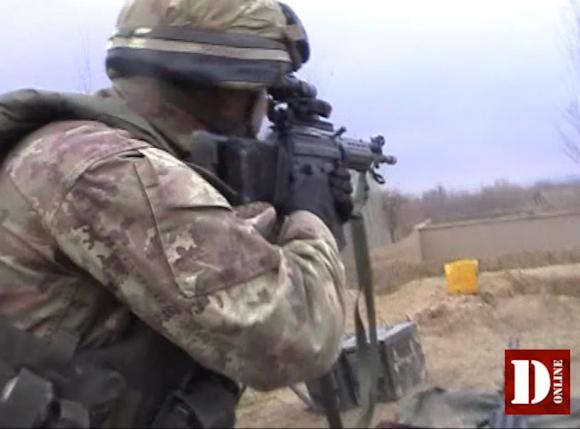 If you have done military service in the Army as a recruit or volunteer, it means that you too, for at least four weeks, have been "Infantry" even if incorporated into some specialty of the Infantry. In three words, a great honor!

In fact, the oldest weapon in the history of armies counts the highest blood toll, so much so that the Italian Infantry during the ceremony of 2 June, the day of the Republic Day, needs two soldiers to support its large medal collection. Today it counts 2 Military Orders of Savoy, 86 Gold Medals for Military Valor for the War Flags of the Infantry Regiments and 855 Gold Medals for Military Valor.

This is why the Infantry is nicknamed Queen of all Battles, a flexible and specialized weapon that is the basis of any operational department in the field and is endowed with a constantly evolving ethics and philosophy of action. Its roots as a weapon of the Army go back to the institution of the armed force (May 4, 1861), while the concept of Infantry as an organization of the masses for defense and attack lead us, just think, to the framing of formations ordinate adopted by the Sumerians, the Assyrian-Babylonians and Egyptians. 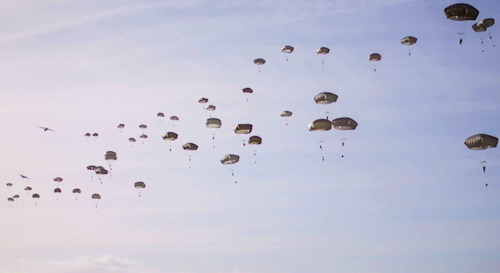 Its functional specialties already constitute in themselves the concept of armed force embracing the three cardinal contexts in the field of defense, land, sky and sea. So beyond the emphasis, the peculiarities and the jealously guarded daring of each specialty, grenadiers, sharpshooters, alpini, paratroopers o lagoon they are first of all Fanti.

To prevent the Cavalry from disappearing due to budgetary problems or incorporated into the Infantry, someone thought of removing the tanks from the Infantry and making them become a Cavalry specialty which, thus revitalized, could organize itself with the current regiments.

Furthermore, the important audience of tactical means that we have dealt with so far, belong precisely to the Infantry Weapon or its specialties.

The value in the field

An enterprising and mysterious "Academy captain" who was followed by a brilliant career, he gave me a long, detailed real and operational life story of the Infantryman. I will share it in three installments. Who knows how many will relive emotions or recognize themselves in his words. If you have the pleasure of following the episodes, there will certainly be an ending of great consideration for the infantrymen. 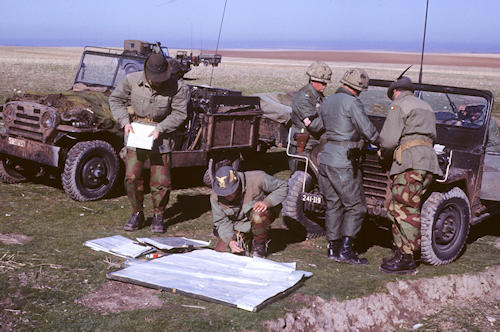 I assure you that nothing is fictional and, perhaps, the young officers, non-commissioned officers and graduates will appreciate it by making a comparison between the activities - at the time - of the Blue Party (NATO) against the Orange Party (the Warsaw Pact) and current strategies.

I anticipate that it is three “C " the peculiar figures of this story: the corporal, the captain and the colonel.

The day of an infantry captain in 1980

The early morning air passes over the snow-covered hills, visible in the distance on the left of the deployment, and arrives clear and crisp on the vehicles of the platoons attested on the starting base.

The wind sways with a strange effect the camouflage net spread over the barely ajar hatch of the machine gun chief. Through the slot the captain, standing in the cargo compartment of the VTC M113 used as a company command post, constantly shifts his gaze between the watch and the binoculars aimed at the objectives two thousand meters in front of him.

There are five minutes left, three hundred beats that he can hear flowing over him, as if his heart is pumping blood following the rhythm of the second hand. Take yet another look at the liaison officers crammed into the cargo bay of the VTC: one from the 155/23 section1 and the other of the 120 mortar platoon on M1062 had in reinforcement. In the narrow space he also catches the gaze of the FAC3, a pilot lieutenant that the captain had wanted to embark with the others in the VTC and who would have directed the pair of G91Y4 In case5 on the enemy stronghold. 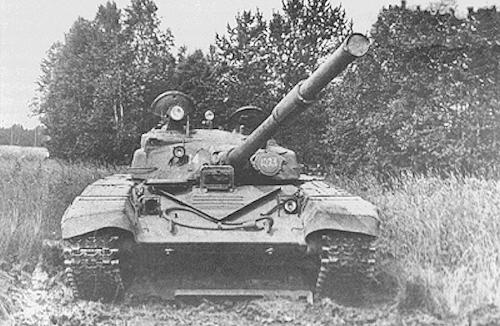 Yep, the cornerstone. The objective assigned to the mechanized minor complex6 del capitano was a platoon stronghold articulated on four fire centers7, each with BMP-18, and reinforced by a pair of T-72As9. The enemy, in order to locally save forces to be used in other sectors, had prepared himself for the indefinite defense by preparing positions dug quickly, during the night, on a front of 400 meters and a depth of 300, behind a natural obstacle judged difficult to overcome by armored vehicles: the bed of a dry river, with steep banks, about ten meters wide.

The pair of T-72s were instead ready to intervene on the right, where the low banks defined a large depression, the trace of an old ford and an easy way of penetration for wheeled and tracked vehicles. Reports received by intelligence indicated the presence of two M1943s10 and the lack of protective minefields. This last detail had also been confirmed by the scouting patrols which returned before dawn.

Another look at the clock: four minutes into the attack. The captain returns the anxious glances of the two radio corporals, each crouched in front of the radios and tables with names and frequencies, main and reserve, of the radio links. The connection graphs show, inside circles connected by lines, the real and coded callsign of the command posts of the dependent, upper, lateral and rear units. The frequencies are written on the lines.

The captain is obsessed with the radios: during exercises he usually simulates an EW disturbance by surprise11 pressing the transmit button and sending a continuous carrier: radio operators must always carry a backpack with spare batteries and microphones and be ready to switch to the reserve frequency.

Like the squad commander, the radio operators were also corporals who held a position of particular importance. The captain therefore required that the rank of corporal be conferred on men endowed with resourcefulness, a sense of duty and promptness of spirit because, he was convinced, he represented one of the three C's which, as the old commanders had taught him, constituted the backbones of the military structure: the corporal, the captain and the colonel.

The Infantry Weapon: the Queen of all battles - Second episode: "mechanized minor complex"

The Infantry Weapon: the Queen of all battles - Third episode: "the captain's day ends"

1 Section on two 155/23 howitzers. The 155/23 howitzer is mechanically towed, has a range of 15 km and a maximum firing speed of 3 shots per minute. For operation, each howitzer has 10 servants.

2 Modified version of Transport and Combat Vehicle (VTC) M113. In the personnel transport compartment there is a rotating plate with 120 mm mortar tripod. The weapon can fire through the roof hatch, enlarged, with a firing range of 90 °. The 120 mortar has a range of 6500 meters.

7 Set of positions (pair of riflemen) and ambushes (machine gun with head of weapon and ammunition holder) dug and organized in order to react to fire in assigned firing sectors and with automatic firing directions.

8 Troop Transport Vehicle armed with a 73 mm smooth-bore cannon and a 7,62 mm coaxial machine gun. It has a crew of three and carries an 8-man rifle squad who access the cargo area through two rear doors.

11 Electronic War: set of activities aimed at disturbing or preventing the radio links of the enemy.

The experience gained on the ground, in the last two decades, by the Italian military personnel engaged in the missions ...
12593
Read

After the decommissioning of the M551 Sheridan tank, which took place in the mid-90s of the last century, the US Army ...
16338
Read

The director of the Kredmash mechanical plant in Kremenchuk would have confirmed (source Komsomol'skaja Pravda) that ...
7755
Read

On June 6, with two separate ceremonies at the Fort Wainwright and Elmendorf-Richardson bases, she was reactivated in ...
8999
Read

For a long time, Difesa Online has emphasized the importance of acquiring (and maintaining) artillery pieces, monotube and ...
22703
Read

British Army Chief of Staff Sir Patrick Sanders says the invasion of Ukraine by the ...
12809
Read

During the last world war the Panzerkampfwagen V Panther, having solved the initial mechanical problems, was ...
27658
Read

The conflict in Ukraine has "distracted" the magazine in recent months from continuing to deal with issues relating to the ...
7390
Read