Home Military world The Air Force at the Red Flag

The Air Force at the Red Flag 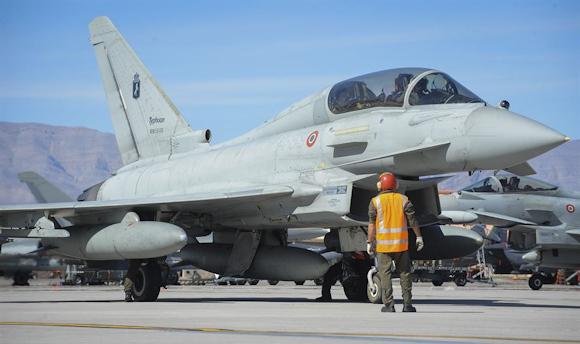 The participation of the Air Force in the international exercise began on Monday 9 March Red Flag 20-2.

La Red Flag, which takes place in the Nevada desert, at the Nellis air base, is the most realistic air exercise that is carried out among the air forces of the Alliance, and not only given that for some years there have also been aviation of nations that are not part of of NATO.

For the event, our Air Force activated three flocks: the 4th of Grosseto with the TYPHOON (first flock in Europe to make them operational); the 14th of Pratica di Mare with a G-550 GULFSTREAM CAEW (acquired in two copies from Israel in exchange for the Aermacchi M-346) and the 32nd of Amendola with the F-35A.

It is useless to underline that it is, from a training point of view, the greatest commitment of the Air Force during the year. In fact, our pilots will have the opportunity, not only to confront their colleagues from the other air forces (this year in addition to the Americans, of course, the Canadian, German and Spanish Air Forces will be present), but to carry out air combat activities, which are not included in the national polygons and Europeans. 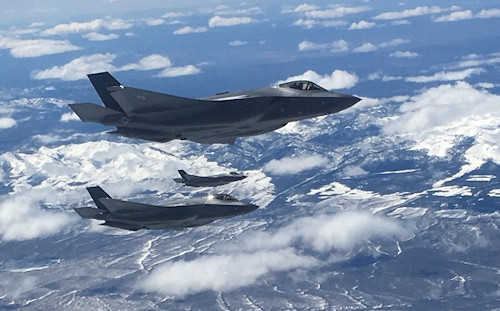 In last year's edition of the Red Flag, held from 11 to 22 March 2019, three Italian instructor pilots participated for the first time who were part, together with their American and Norwegian colleagues, of the 62nd Fighter Squadron - group belonging to the 56th Fighter Wing - responsible for training the F-35A crews.

The Italians were assigned to the branch office of the Italian Military Representation in Florida. It is an inter-force structure, under the control of the JSF Program Directorate of the General Secretariat of Defense, in charge of managing the training of all Italian military personnel (including technicians and maintenance personnel), both of the Air Force and the Navy, intended to operate on F-35A / B.

The script of the 2019 edition was focused on the integration of different types of aircraft. In fact, in addition to the F-35A, the USAF has deployed F-15C, F-15E, E-3 AWACS fighters, an E-8 JOIN STAR and a UCAV MQ-9 REAPER; the US Navy sent an EF-18G GROWLER.

Saudi Arabia has deployed the new F-15SEs; Singapore F-15SA; Belgium and the Netherlands the F-16C MLU and the United Arab Emirates a squadron of F-16E Block 60.

The essential function of in-flight refueling was performed by a Dutch tanker KDC-10 and a Colombian KC-767, while the CSAR set-up was ensured by two HH-60s, two A-10s and one HC- 130J of the USAF.

The number of aircraft, simultaneously in flight, has exceeded 60 units. 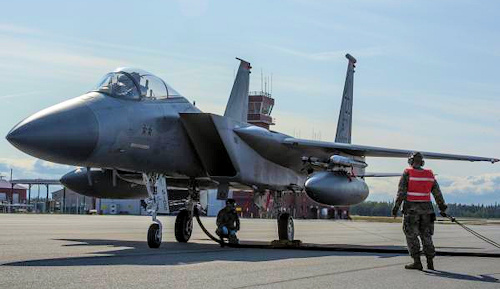 In this regard, the activities carried out by the LIGHTNING II of 62nd Fighter Squadron; such as the missions of Air Superiority in the role SEAD (Suppression of Enemy Air Defenses), with the task of escorting allied aircraft, guaranteeing safety against surface-to-air missile systems. In equal measure, in cooperation with friendly fighters, such as the F-15C, they defended their allies from attacks by enemy aircraft, reducing the risk of leaks and creating the conditions of air superiority necessary to allow the assets to complete the operation .

Given the meager defense budgets, it is not easy for the Air Force to guarantee a minimum of acceptable flight hours for our fighter pilots.

Exercises like the Red Flag they constitute a very demanding effort, also from a technical point of view, for the Armed Force. However own the latest generation of air carriers, without having the opportunity to train personnel adequately, constitutes, for our Air Force, only one further waste of the already poor economic resources available.

The American military device, in recent years, is undergoing a profound restructuring in order to face ...
1855
Read

The fast multi-role vessel Project 02510 entered service on November 24 with the Baltic Fleet of the ...
1987
Read

The IRINI mission - launched last year by the European Union to support the UN embargo, aimed at blocking the ...
3545
Read