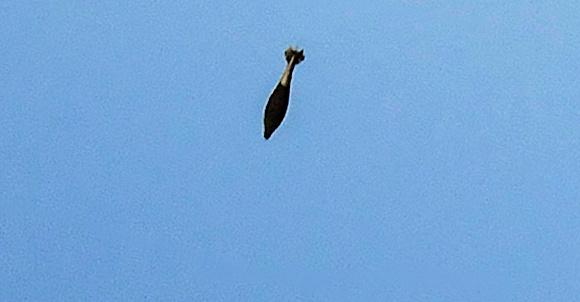 Already during the conflict in Vietnam, the American forces had suffered attacks on the installations carried out thanks to the use of simple light and medium mortars (60/82 mm). This extremely low cost ammunition has caused extensive damage, both in terms of material and human life.

In the following years, the Israelis had to counter increasingly sophisticated rocket attacks by Hamas and Hezbollah militiamen. The IDF had to develop a complete "umbrella", C-RAM (Counter-Rocket Artillery Mortar), aimed at neutralizing asymmetric attacks.

In Afghanistan, the FOBs of the Western contingents have often been the subject of rocket and mortar attacks.

To protect themselves from attacks, the Italians had experimented with the Porcupine (Porcupine). 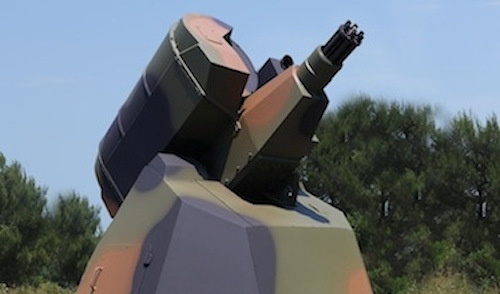 Produced by OTO-Melara, the system included an M-61A1 machine gun with 6 20 mm rotating barrels, a control shelter, a surveillance radar and a targeting optics (photo). However, no order from the Defense followed the experimental stage in the operational theater.

A few days ago, in Mali, an advanced base of the anti-jihadist coalition (20 Italian soldiers were present) was subjected to mortar rounds. Fortunately, our soldiers came out unscathed but once again the need to have defense systems for this type of attack was highlighted.

Even with the "return" of the possibility of conventional conflicts occurring, C-RAM capabilities would certainly not be set aside, but expanded.

The Italian Army, at the end of 2023, responding to an operational need, should begin to receive the first CAMM-ER surface-to-air missiles, replacing the ASPIDE. 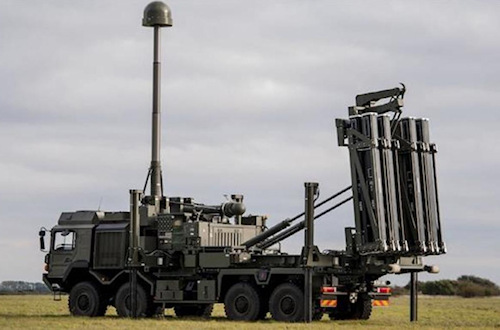 Despite the version Extender Range (with maximum range increased from 20 to 40 km) is one meter longer than the CAMM, the same land launchers (photo), developed in Italy, equipped with larger missile containers can be used. The launch system is of the type soft vertical launch which sees the ejection of the missile from the cold canister, thanks to the use of a gas generator: the CAMM turns on the engine when it is several meters away from the launch point and already oriented towards the target. According to the specifications of the Armed Force, the launcher will be transported on an Astra 88.45 BAD truck equipped with up-down link and C2 modules.

As a command post, the Army has chosen the PCMI system (Command Post Engagement Module) Tap, already selected for the NEC Force. Installed on the Astra, it is equipped with Rheinmetall Italia X-TAR 3D discovery radar in X-band (the C2 software component is expected to be updated).

To this component should be added the Rheinmetall 35 mm automatic cannon (photo below) which uses AHEAD ammunition, equipped with a programmable electronic fuze, each shot is able to disperse a very high number of tungsten cylinders which create a saturation of lethal area for both drone swarms and artillery shells. This integration would allow the Italian SHORAD (SHOrt Range Air Defense) defense to be able to counter both conventional threats, such as attack helicopters and UCAVs, and asymmetrical ones, such as swarms of drones, rockets and mortar rounds. 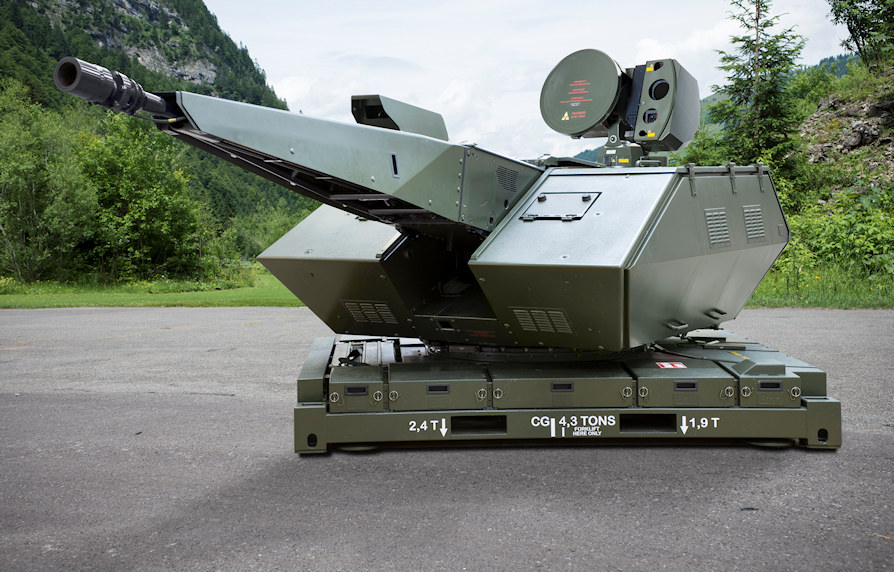 The supplies of military equipment by NATO and European countries to fighters continue in these days ...
10469
Read

The surprise attack of Bilohorivka will remain in the history of the Russian aggression war on Ukraine on the list ...
39301
Read

Some countries of the former Eastern Bloc have announced that they intend to sell their MBT holdings to Ukraine in order to ...
32058
Read

A few days ago we published in rapid succession the first and second part of an analysis relating to ...
119373
Read

The escalation of military supplies by NATO continues in Kiev. In recent weeks, Ukrainian requests ...
87627
Read

The interview released by the Russian Foreign Minister Sergej Lavrov on the evening of May 1 strongly relaunched the ...
5538
Read

Since the start of the Special Operation, the Kiev Air Force has suffered heavy losses. It would seem that the Russians ...
34482
Read

We have already spoken extensively in the first part of this analysis of Ukraine and its situation; now is...
34645
Read

After having spoken extensively in the latest analyzes of the air, naval and land operations that have taken place so far ...
18216
Read

President Zelensky never ceases to urge NATO countries (and not only those) to supply armaments to ...
9341
Read