Turkey wants to turn LHD Anadolu into a drone platform 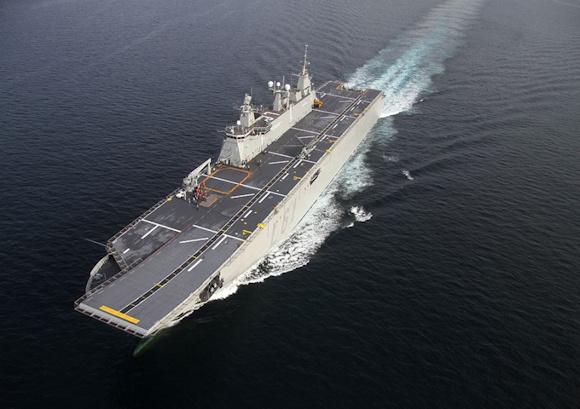 There are few marines in the world that can afford an aircraft carrier, ten in all. The Turkish Navy, this year should have been added to those that possess such naval platforms. However, the exclusion from the F-35 program (a 100 aircraft order), due to the purchase of the Russian S-400 surface-to-air missile system, in 2019, prevented Ankara from acquiring the STOVL version (F-35B). the only 5th generation embarked fighter capable of taking off from short runways and landing vertically.

This made it impossible to transform the new LHD Anadolu (photo) in an aircraft carrier.

Hence the project to transform the amphibious ship into an unprecedented platform, or rather into a "drone carrier".

In this regard, Ismail Demir, head of the Turkish defense industries, had released a statement on the matter last February, in an interview with NTV: "we believe that drones of different sizes, capable of taking off and landing (on a ship) and having attack capabilities, should be deployed aboard the Anadolu".

The first step would be to verify the feasibility of embarking a dozen drones on board the naval unit, verifying the command and control capabilities. Subsequently embark between 30 and 50, mainly the TB3 model Bayraktar, thus beginning a cycle of exercises aimed at encouraging their operation. 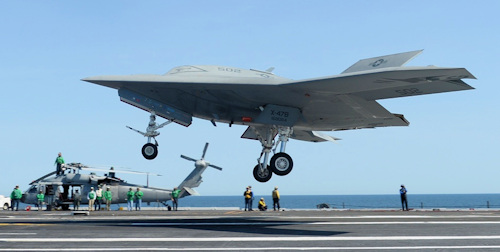 Operate fixed-wing drones, such as i Bayraktar TB2 and TB3, from a ship is very complicated. To date, only the American X-47B combat drone demonstrator (photo) has successfully taken off from the deck of an aircraft carrier and landed there. Furthermore, the Turkish Navy has no experience in the field of embarked air operations.

Regardless of the chances of success of the Turkish Navy, it would be appropriate for our Navy to start carrying out experiments on the drones on board. The number of F-35Bs intended to be boarded on the Cavour, as is well known, it has only 15 cars. This means an operation not exceeding 8/9 aircraft at a time.

Therefore, developing a drone that can take off from a naval platform with reconnaissance and attack tasks - certainly within the reach of our national industry - would allow to integrate the capabilities of the Navy's Embarked Flight Group, as well as equip the new amphibious assault unit. Trieste with an attack vector to support amphibious operations.

Photo: Presidency of the Republic of Turkey / US Navy

This afternoon, the Ministry of Defense of the Russian Federation issued the following statement: "Two ...
2158
Read

The latest news about the movements of Russian troops towards Crimea speak of three regiments of the VDV (Vozdušno -...
5689
Read

The tension between Ukraine and Russia does not seem to be defused, having been engaged for weeks to "flex their muscles" in the ...
4475
Read