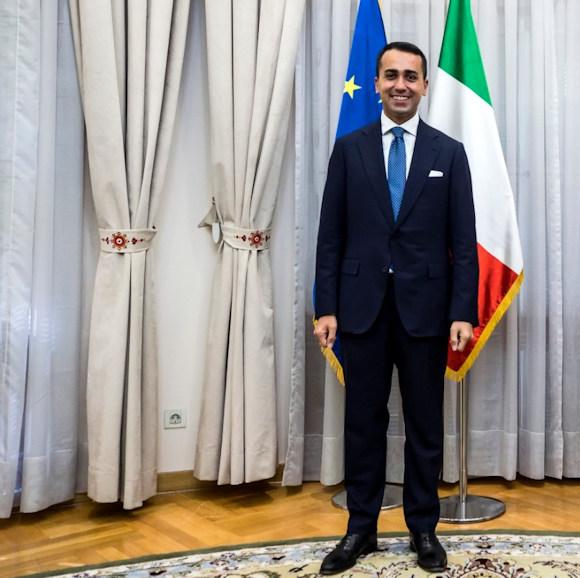 It is now clear that relations between Italy and the United Arab Emirates are at an all-time low.

One of the last acts of the government Count bis, i.e. including the UAE among the nations under military embargo for involvement in the war in Yemen (Saudi Arabia exercises strong political control over the Emirates), represents only the tip of the iceberg of a relationship managed in an amateurish way by the Farnesina .

As our readers will surely remember, these were the days of Matteo Renzi's (full of controversy) interview with Mohammad Bin Salman Al Sa'ud, first deputy prime minister and defense minister of Saudi Arabia. Therefore, it seems plausible that the initiative of the agonizing Conte government - strongly supported by the 5S Movement - originated with the not too hidden aim of hitting the coalition "ally".

However, the basic mistake was to equate and place Saudi Arabia and the United Arab Emirates on the same level. The Abu Dhabi government had already been disengaged from military operations in Yemen for many months, which have always seen an undisputed Saudi political and military leadership in field operations..

The current situation of bilateral relations between Italy and the Emirates is generating a negative impact on economic and commercial exchange, with the risk of seeing many orders and development opportunities canceled (Eni, Leonardo, the large Italian companies involved in Emirati infrastructure projects).

Foreign Policy should not be entrusted to patrons with zero experience in international relations, more interested in satisfying the fickle party currents rather than in planning a productive strategy for the country system.

Meanwhile, the first damage is recorded: by 2 July the Italian Armed Forces will have to leave the base of Al Minhad, an important logistics center in the Persian Gulf area, from which operations in Afghanistan and Iraq are powered. 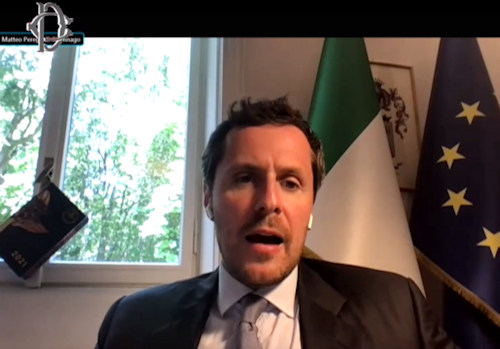 In an official note the Hon. Matteo Perego di Cremnago, member of the Defense Commission of the Chamber, points out that the damage caused to the national defense industry by this amateur foreign policy is enormous.

“What the left-wing component of the colorful Grillino universe struggles to understand is that compromising strategic collaboration with the Emirates means that all political and commercial sectors suffer negative repercussions. Even more is having questioned Italy's geopolitical position towards a large part of the Sunni world, also in light of Prime Minister Draghi's more than legitimate stance towards Ankara's ambitions in the wider Mediterranean. It is time for the Movement to take on the responsibilities of shortsighted and unshareable choices that risk leading the country towards a decade of geopolitical decline ".

The international situation is changing rapidly, with the emergence of state actors adopting a very aggressive foreign policy (a clear example is Turkey). Italy cannot be found unprepared to face future challenges, which is why it is necessary to review architecture of the State, centralizing the foreign and defense policy guidelines in the Prime Minister's Office. It would be important, in the next Legislature, to open a debate on the creation of an apparatus, under the authority of the Prime Minister, which not only coordinates foreign and defense activities but which can influence their decisions.

A Pakistani court has summoned the heads of all past and current governments, including the former military governor ...
334
Read

The experience gained on the ground, in the last two decades, by the Italian military personnel engaged in the missions ...
12709
Read

After the decommissioning of the M551 Sheridan tank, which took place in the mid-90s of the last century, the US Army ...
16375
Read

The director of the Kredmash mechanical plant in Kremenchuk would have confirmed (source Komsomol'skaja Pravda) that ...
7798
Read

On June 6, with two separate ceremonies at the Fort Wainwright and Elmendorf-Richardson bases, she was reactivated in ...
9009
Read

For a long time, Difesa Online has emphasized the importance of acquiring (and maintaining) artillery pieces, monotube and ...
22719
Read

British Army Chief of Staff Sir Patrick Sanders says the invasion of Ukraine by the ...
12822
Read

During the last world war the Panzerkampfwagen V Panther, having solved the initial mechanical problems, was ...
27668
Read