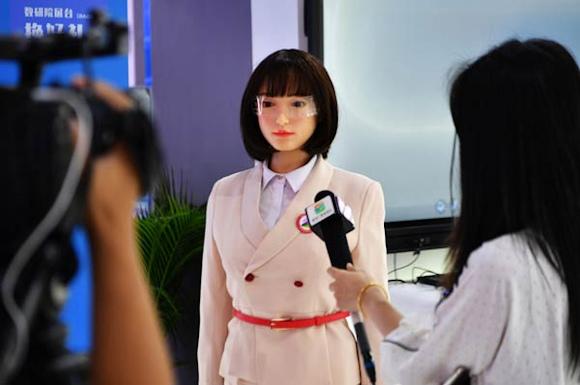 Among the most important results of the last national congress of the Chinese Communist Party (2017) is certainly to be included that of joining, by 2020, the leading group of the leading nations in the field of artificial intelligence and related technologies, for then gain world leadership by 2030.

Resolutions reconfirmed last October, at the end of the V Plenum (the congress meets in plenary session every 5 years, interspersed with annual plenums that deliberate on guidelines to be submitted to the vote of the assembly of the people).

The Plenum, as previously reported (v.articolo), sanctioned the goal of self-sufficiency in the so-called technological clusters (artificial intelligence - AI, computing power, 5G, robotics, autonomous driving) and in the one, connected to them, of the production of microchips and semiconductors, which China buys mostly abroad (USA and Taiwan).

The attention of the current leadership towards innovation and new technologies is now a constant in all public statements and documents, and always echoes in the speeches with which Xi Jinping calls for the "rejuvenation" of the nation. 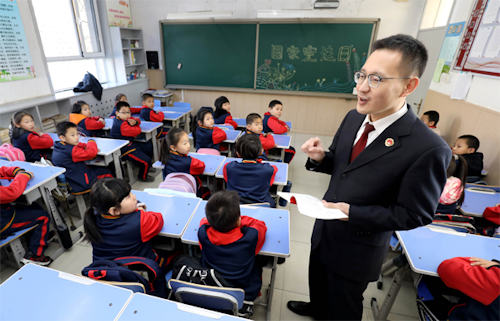 even the Next Generation AI Development Plan1, published the same year by the party's national congress, proceeds in this direction, outlining a synergistic strategy between civilians and military, to allow China to become, by 2030, a world leader in new technologies.

This objective, closely linked to the other, equally fundamental in the design of the current helmsman, is to acquire, by 2025, the full modernization of the military instrument, and, by 2050, to have armed forces capable of equaling, in terms of capacity, , the United States.

The new China that Xi Jinping has in mind is a companyà new, "AI driven", in which the "disruptive technologies" permeate all aspects of social life, and guide its capacitiesà to protect their national interests.

Washington has not stood still throughout this time. The United States still maintains leadership in many of the 4.0 sectors, to which, just to give an example, the Pentagon has assigned, for 2021, the important figure of 840 million dollars2.

But the speed with which China is bridging the gap that separates it from the Americans is steadily growing, benefited by the Central Committee's ability and strength to influence private sector research and development. Not surprisingly, a careful observer like Eric Schmidt, former CEO of Google, recently quantified in no more than "one or two years" the current technological lag separating China from the US. 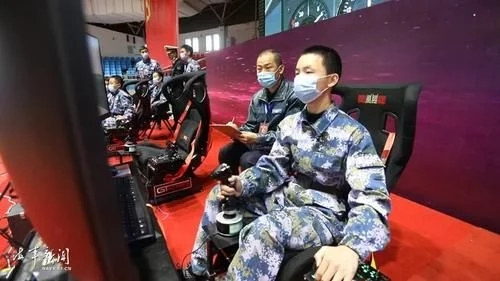 With the result that, in the use of AI in the military field, a real "Chinese vision" has been consolidated over time. Which predicts the imminent transition from the current operating environment, completely computerized3 ("informationized"), to a new one, intelligent ("intelligentized"), in which algorithms will make the difference, machine learning, cloud computing, big data and calculation speed. In addition to remotely piloted systems. And in which the synergy man - autonomous machine - system it will be ever closer and more decisive.

Not that in the ongoing debate within the Chinese scientific community there are no plural points of view: never confuse the ability of the central authority to impose its will on one billion and four hundred million people, with broad, horizontal discussions. and secular, within the national scientific community.

However, Beijing scientists all agree that the war of the future will beà essentially one "system warfare4" (command and control, communication, IT and their multiple applications) in which kinetic and non-kinetic attacks alternate equally.

In systems, and in systems of systems, artificial intelligence will find its main application, to disorient the sensors connected to them, to alter the fusion capabilities of incoming information, and, ultimately, to prevent the correct operation of the decision process. Or, on the contrary, to counter enemy attempts to alter its functionality. 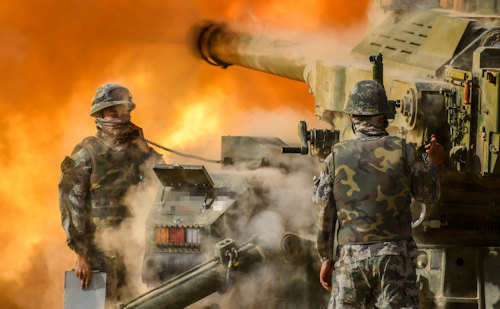 THEInformation Warfare therefore covers a crucial role in the new strategy of the Chinese Liberation Army (PLA), within a conceptual scheme according to which in the "hyper-wars" of the future (v.articolo), the speed and quantity of data will be such that they can be managed exclusively with the contribution of intelligent systems, and in the context of processes in which man will not always be able to control all the phases.

No more wars of maneuver, therefore, characterized, as still prevails in US military thought, by the concentration of forces and the gravitation of fire, in which even the use of drones and autonomous systems is functional to a classic scheme of operations (fire and maneuver).

War di systems and wars from systems: a new frontier that raises profound questions, not least on the centrality that man can continue to play in the development of conflicts.

And on their control ...

3 The English version of the 2019 Chinese White Paper, in relation to the characteristics of modern warfare, notes that "The form of war is accelerating toward an informationized warfare evolution, there are indications intelligentized warfare is emerging"(http://eng.chinamil.com.cn/view/2019-07/24/content_9567553.htm).

Photo: xinhua / Ministry of National Defense of the People's Republic of China

When he was secretary of state, John Kerry had threatened Erdoğan to expel Turkey from NATO (despite not ...
1305
Read

During the last world war, the Italian state abandoned thousands of ascari (Eritrean fighters) who ...
3360
Read

In the 25 November 2019 incident, when a Tigre attack helicopter and a Puma transport helicopter collided ...
2271
Read

After Germany, Poland and Italy, Turkey's turn has come to lead the VJTF (Very ...
2536
Read