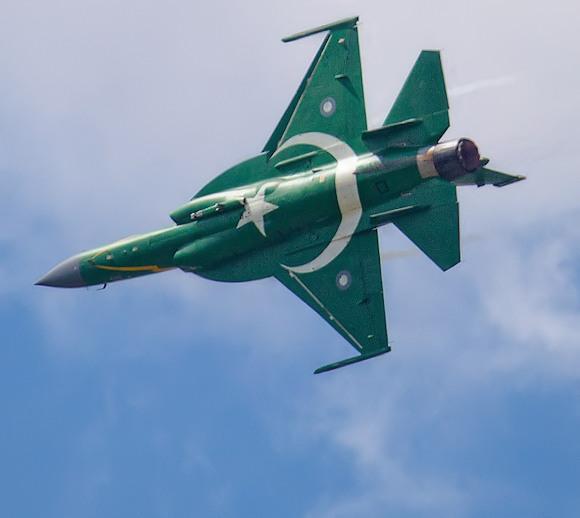 The Chinese-developed JF-17 (and powered by a Russian-made RD-93 turbofan engine) is the light multi-role fighter that forms the backbone of the Pakistan Air Force (PAF). The first JF-17s were purchased by the PAF in 2010, for a total of 137 machines.

The Chinese fighter should have been the successor of the F-16, purchased by the United States, however it would seem that the JF-17 constitutes an embarrassment for the Islamabad Air Force, due to the numerous malfunctions of the Russian RD-93 engines, such as cracks in compressor guide fins, exhaust nozzles and other serious structural issues. All this despite the Nanjing Research Institute of Electronics Technology Chinese has carried out numerous retrofit operations on Russian engines.

According to the agreement signed between Beijing and Islamabad for the JF-17, Pakistan is allowed to obtain engines and spare parts from Russia only through the mediation of China. Due to the numerous failures of the Chinese fighter, Pakistan had applied directly to Moscow for the purchase of new RD-93 engines, avoiding the intermediation of China. It would appear that the manufacturer, Klimov, is apparently willing to supply the RD-93 engines, as well as spare parts and maintenance, but US sanctions against Russia's defense export agency, the Rosoboronexport, caused further complications for the PAF.

The sanctions block Rosoboronexport from being able to conclude transactions in dollars. However, the governments of the two countries and the banks concerned are working to find a solution. Meanwhile the PAF had to severely limit the JF-17's operations due to shortages of spare parts and engines.

Although, according to the Arms Transfers Database of the Stockholm International Peace Research InstituteWhile China exported only $2000 billion worth of military aircraft between 2020 and 7,2, Chinese fighter jets are still sold within their relatively small target market. In the 90s, the main customers of Chinese fighters were Pakistan, Bangladesh, Myanmar, North Korea and some African countries. This is also true today.

The report of the Center for Strategic and International Study he pointed out that since 2010, 63,4 percent of China's conventional arms sales have gone to Pakistan, Bangladesh and Myanmar.

Recently, Azerbaijan, Sri Lanka and Malaysia have shown their interest as possible buyers of the JF-17 fighter.

The German Leopard 2 tank is one of the military vehicles requested by Ukraine to face the Russian offensive...
6689
Read

Germany stubbornly does not want to deprive itself of its tanks. Despite weeks of the campaign "Let's free the...
78776
Read

In recent years, Russia has shown the West its technological advances in the military field through the…
48159
Read

On December 16th, with a statement that had actually already been in the air for some time, the Japanese Prime Minister Fumio...
8789
Read

Over twenty years ago, at the end of 2001, the then British Prime Minister Tony Blair supported the need to drop the...
13130
Read