Home Military world The Navy (finally) has decided to send ... 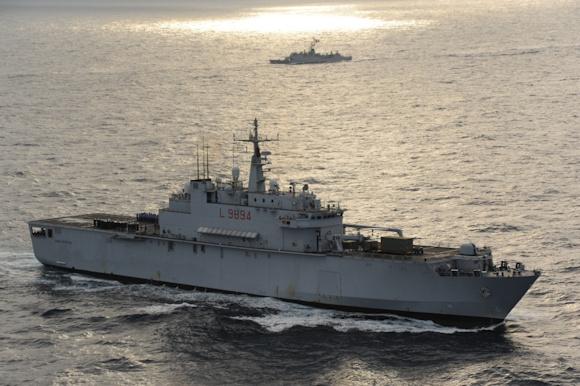 In about thirty years of service they have transported soldiers, vehicles and materials to almost all the operating theaters in which the Italian Armed Forces have been engaged, from the Ibis mission in Somalia, passing through the operations in Bosnia, Albania and Kosovo, up to the operations against Libya in 2011.

It is therefore time to replace them with more modern but above all larger units, in order to have higher loading possibilities. When they entered service, their displacement (about 8.000 tons each fully loaded) was sufficient for the needs of both the Navy and the Army (the San Marco was at the battalion level while the concept of landing force, apart from the specialty of the Lagunari, it was little assimilated by the Army).

The Navy has issued the specifications regarding a future acquisition (funds permitting) of at least two new LPDs with a displacement of 20.000 tons, with a discontinuous flight deck (such as the Trieste), capable of taking off medium-sized UAVs and floodable basins (self-defense systems should be limited to short range) to allow the landing craft to escape, such as the future SuperAv 8x8.

The Turkish government's decision to make the Hagia Sophia a mosque is part of the process of ...
2446
Read

The US Navy reported a "terrible tragedy aboard the USS Bonhomme Richard (LHD 6) when a fire broke out ...
3703
Read

On March 2018, XNUMX, the President of the Russian Federation Vladimir Putin, during his speech on the state of ...
4205
Read

Trump's recent ban on Chinese students from American universities1 was born from far away, and is the son of ...
2946
Read

After the blocking of parliamentary work due to COVID-19, the Government presented the annual resolution on the ...
7621
Read

2020 will perhaps be remembered as the year of the change of the national strategy: from a purely defensive posture the ...
2414
Read

According to the Chinese Academy of Military Sciences, the national naval strategy must have the primary objective of ...
5081
Read

After a week of relative calm in Libya, fighting has resumed in the Sirte area between government forces ...
1951
Read