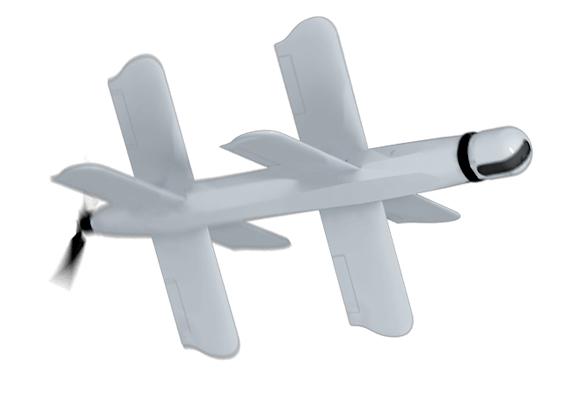 La Lancet 3 is a loitering munition produced by ZALA Aero subsidiary of the Kalashnikov group and evolution of the previous one Lancet 1. This product marks an important step forward in the sector by the Russian industry. There Lancet 3 it has a range of 40km, a war load of 3 kg, a take-off weight of 12 kg, 40 minutes of autonomy, while maintaining the cruising speed between 80 and 110km / h unchanged from the previous version, while the design is inspired by the family Hero of UVision with characteristics comparable to the model Hero 120.

This weapon system, also called "Flying Kalashnikov", Was developed not only for the traditional role of targeted elimination of soil-sensitive targets, where according to company sources it has already been experimented with a dozen successes in Syria, but also, according to the company, with capacity antidrone in particular against the TB2 Bayraktar, purchased in 54 units by the Ukrainian Air Force and a source of concern for Moscow.

ZALA Aero, in the presentation to the public, showed how the Lancet 3 it should operate in the Donbass area, forming a sort of minefield in the sky where each weapon system controls an area of ​​30km with an altitude range of 1000 meters between one drone and another. Of course, in order to operate this defense barrier, it is necessary to have a large number of remote control systems, given the limited autonomy of the Lancet 3 of only 40 minutes against 8/10 hours on TB 2, organizing them in multiple swarms that follow each other over time allowing the recharge of the previous round. The attack profile expects the TB 2 who enters the supervised area is engaged by the systems of the Lancet 3, which brings its speed up to 330km / h aiming the slowest Bayraktar until the moment of impact. 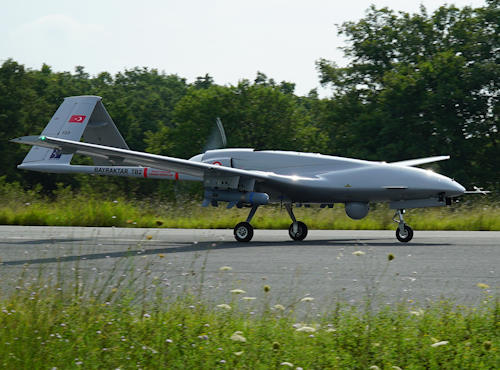 La Lancet 3 wants to be a defense solution against UCAV e loitering ammunition based on the experiences gathered in Syria, Libya and Nagorno-Karabakh, where in particular in the last two the close air defense system Pantsir S1, export version, under the Emirati and Armenians have suffered significant losses due to the TB 2 and Harop without being able to defend themselves. Therefore, it being known that this air defense system is also in force for the Donbass separatists at least since November 2014, of its shortcomings as well as the presence, to date, of at least six armed drones Bayraktar among the forces of Kiev, it is necessary for Moscow to close the imbalance of forces created between the forces it supports and the central government of Kiev before the Turkish production systems can inflict serious damage on the separatists.

Remember that the Bayraktar not only can it detect and destroy targets with its equipped guided weapons (missiles L-UMTAS, guided bombs MAM, 70mm guided rockets Cirit and various ammunition TUBITAK-SAGE) but also to lead the missiles to the target R624M from 300mm of the MLRS system Vilkha-M.

ZALA Aero Group has been developing and manufacturing unmanned aerial systems since 2004 and, starting from January 2015, ZALA Aero is part of Kalashnikov.

After the decommissioning of the M551 Sheridan tank, which took place in the mid-90s of the last century, the US Army ...
12747
Read

The director of the Kredmash mechanical plant in Kremenchuk would have confirmed (source Komsomol'skaja Pravda) that ...
6305
Read

On June 6, with two separate ceremonies at the Fort Wainwright and Elmendorf-Richardson bases, she was reactivated in ...
8520
Read

For a long time, Difesa Online has emphasized the importance of acquiring (and maintaining) artillery pieces, monotube and ...
22068
Read

British Army Chief of Staff Sir Patrick Sanders says the invasion of Ukraine by the ...
12076
Read

During the last world war the Panzerkampfwagen V Panther, having solved the initial mechanical problems, was ...
27213
Read

The conflict in Ukraine has "distracted" the magazine in recent months from continuing to deal with issues relating to the ...
7251
Read