Home Military world The JASDF will field the new v ... 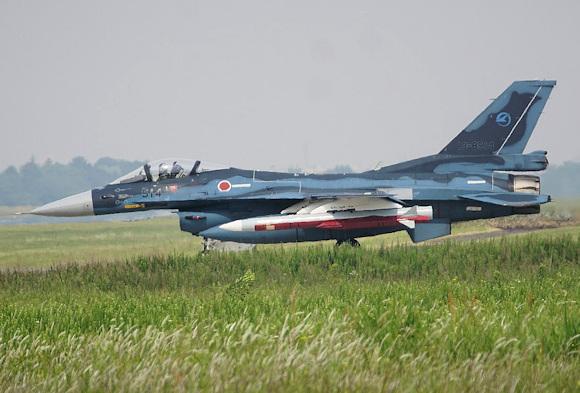 On December 25, 2020, the Japanese Ministry of Defense (MoD) announced that it would include the purchase cost of the new ASM-3A anti-ship supersonic missile in its defense budget request for fiscal year 2021 as equipment deemed necessary. in response to Chinese maritime expansion. The missile, together with the Joint Strike Missile (JSM) and al Long Range Anti-Ship Missile (LRASM), will constitute one of the main deterrence systems to Chinese maritime ambitions.

Japan began development of a missile called XASM-3 in 2010 suitable for use by Japan Air Self-Defense Force F-2 fighters. The XASM-3 prototype was an anti-ship missile, which once launched from the carrier could travel at supersonic speeds (above Mach 3) thanks to the combination of a solid propellant booster and a statorjet with a range of about 200 km. In 2017, a real fire test was conducted against the decommissioned destroyer JS Shirane (DDH-143) at shooting range G near Komatsu Air Base. Development was completed in 2018 and procurement started in 2019 as ASM-3

However, in order to respond to the increasing performance of air defense systems mounted on board ships belonging to the classes Type 052C, 052D and 055 of the Chinese navy, in particular the HHQ-9, the actual production of the ASM-3 is postponed. The defense forces of Tokyo, in fact, have decided to develop the ASM-3 (改).改 (Kai) stands for modified, with a wider range of action. Japan's Ministry of Defense awarded an 8,9 billion yen ($ 85 million) Mitsubishi Heavy Industries contract for the development of the ASM-3 (Kai) last year, which will run from 2020 to 2025. In order to reduce costs and shorten the development period, the dimensions of the main body will remain unchanged compared to the ASM-3, while the range will be extended thanks to a reduction in the overall weight of the missile.

The ASM-3A, whose mass production was recently announced, is believed to be a missile that reflects the results of the development process of the ASM-3 (改), but its details are unknown. However, development of the ASM-3 (改) has only just begun this year, and so it is thought that this missile may actually have a slightly extended range compared to the ASM-3.

It is important to note that the development of the ASM-3 (改) will continue even after the ASM-3A goes into mass production, so the ASM-3A is considered a buffer solution for countering Chinese naval threats.

The main reason the JSDF uses multiple types of anti-ship missiles is to ensure that the combination of the characteristics of each missile can breach enemy air defense systems. For example, the JSM has the advantage of being difficult to detect by enemy radar through it skimming of the sea, but its range is not very long (between 100 and 300 nautical miles depending on the mission profile). The LRASM on the other hand offers a much longer range (around 432 nautical miles), but its flight speed is still subsonic. The ASM-3A will face the enemy's air defense system at a supersonic speed of approximately Mach 3, but its range will likely be less than the LRASM. However, if two or three of these new generation anti-ship missiles are used in combination, the framed opposing naval unit will have to take into account the characteristics of each missile, overloading on its air defense systems.

It can be said that the JSDF is constantly carrying out its countermeasures taking into account the future development of the Chinese navy.

When he was secretary of state, John Kerry had threatened Erdoğan to expel Turkey from NATO (despite not ...
1353
Read

During the last world war, the Italian state abandoned thousands of ascari (Eritrean fighters) who ...
3452
Read

On December 25, 2020, in Severodvinsk, the Zvezdochka Ship Repair Center, a subsidiary of United Shipbuilding ...
4120
Read