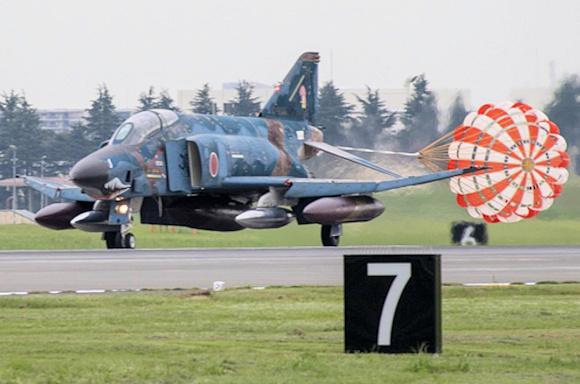 After 48 years protecting the skies of Japan, on November 20 the last F-4EJs of the 301 Hikotai of the Hyakuri Air Base in the prefecture of Ibaraki 50 miles north-east of Tokyo were officially withdrawn from operational service. The ceremony was widely attended by representatives of the local air base, various Hikotai of the JASDF and political authorities.

The history of the Phantom del Sol Levante begins in 1968, when the Mc Donnell Douglas plane was selected by the JASDF and ordered in 140 units of F-4EJ, derived from the F-4E in line with the US Air Force, obtaining the production license through Mitsubishi Heavy Industries.

The first two units, built in St Louis, Missouri, landed in Japan on July 25, 1971 and in 1972 the first F-4EJ was assigned to Hyakuri Air Base under 301 Hikotai and became fully operational the following year.

The last built example of F-4 also came out of the MHI Phantom II, F-4EJ 17-8440 number 5,195, which left the production plants on May 21, 1981 and the following year the important update program of 96 units of the fleet was launched Phantom which would become F-4EJ Kai (Improved) entered into service starting from 1989.

The update, which would lead the F-4EJ Kai to fly to the present day, included a new avionics equipped with a computer dedicated to improving ground attack capabilities, a radar AN / APG-66J derived from that found on the F 16A, an inertial navigation system AN / ASN-141 similar to that supplied to the F 15J. The cockpit was equipped with modern controls hands-on throttle and stick (HOTAS) and a head-up display (HUD). Additionally, avionics enhancements included IFF AN / APX-76A, the radar warning receiver J / APR-6 and countermeasures AN / ALE-40.

During the updating interventions the cells of the 96 selected specimens were reconditioned by adding 2000 flight hours and the arsenal supplied to the machines was expanded with the possibility of being armed with ASM-2 anti-ship missiles, AAM-3 air-to-air missiles and possibly Joint Direct Attack Munition (JDAM) bombs.

In the period of greatest use the F-4EJs equipped six Hikotai in four air bases which were then gradually re-equipped with the F 15Js Eagle and Mitsubishi F 2. The withdrawal of PhantomHowever, it does not mark the end of the 301 Hikotai which will be transferred to the Misawa AB becoming the second JASDF squadron to be equipped with the F 35A. In addition, the 302 Hikotai, the first Japanese squadron to be equipped with F 35A, also had the F-4EJs in Hyakuri which were decommissioned in 2019. The Hyakuri base will continue to remain operational with the arrival of the F 2A of the 3rd Tactical Fighter Squadron from Misawa. 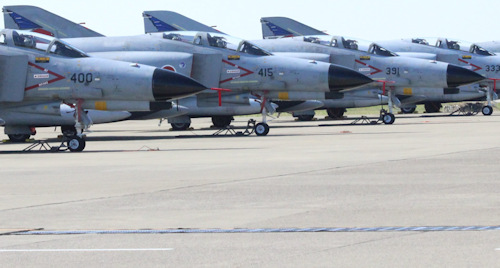 The introduction of the F 35 in Japan has some similarities with the program Phantom, MHI worked with Lockheed-Martin to build the Final Assembly and Check-Out of Nagoya where i lightning Japanese except for the first four to roll off the LM production lines in Fort Worth, Texas.

The end of combat operations Phantom Japan comes at a time when the country is increasing military spending and seeking to fully modernize its military in response to growing national security threats and challenges, especially from China and North Korea. In terms of upgrading the front-line air component, in addition to the F-35, Japan is also entering the study of its sixth generation fighter aircraft, which will likely be co-developed with a US aerospace company. or the United Kingdom.

The end of the service of the Phantom leading the way in Japan further reduces the total number of F-4s still in operational service worldwide. THE Phantom frontline survivors are now found only among the air forces of Greece, Iran, Turkey and South Korea.

The transition of the Phantom, a classic Cold War-era fighter jet, for the F-35 is the last, and one of the most visible steps, of the ongoing modernization of the JASDF. However, saying goodbye to the iconic F-4, after nearly half a century of service, will surely be difficult for the JASDF. 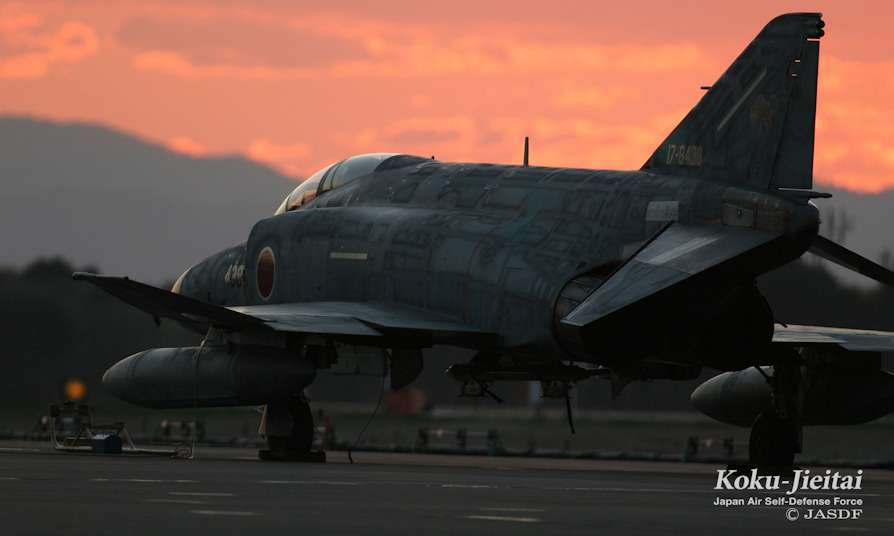 During the last world war, the Italian state abandoned thousands of ascari (Eritrean fighters) who ...
3449
Read