The US National Guard receives the new Paladin howitzer 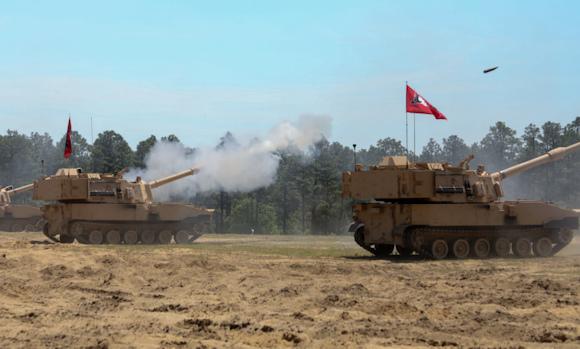 On May 20, the 1st Battalion of the 113th Field Artillery Regiment (1-113th FA), of the Armored Brigade (ABCT) conducted a real fire artillery exercise with the M-109A7 self-propelled howitzer Paladin just deployed to Fort Bragg.

The US Army awarded a $ 688 million contract to BAE Systems in October 2013 to manufacture the M-109A7 artillery systems Paladin, they also signed a memorandum of understanding for the integrated management program (PIM) Paladin aimed at updating the self-propelled M-109A6 Paladin and the related M-992A2 Field Artillery Support Vehicle. The US Army intends to acquire 580 self-propelled vehicles, which are expected to remain in service at least until 2050.

The 1st Battalion of the National Guard was the first department to receive the latest version of the Paladin, with whom he trained for nearly two weeks before the final fire drill. 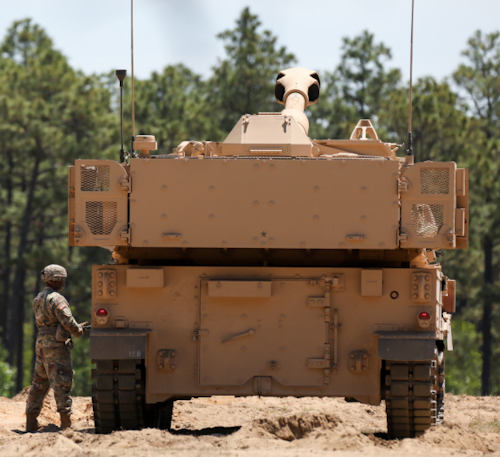 Currently the US Army is capable of deploying approximately 850 M-109A6s equipped with a 155/39 piece, plus a number of (approximately 200 vehicles) of M-109A7s. This latest version introduces a new hull (maintaining the same configuration as the previous versions), a new engine with increased power up to 600 HP (compared to the previous 440 HP), new transmissions and tracks, all interventions that lead to a significant improvement in the mobility (especially off-road) of the self-propelled.

However, even the new M-109A7 has in the muzzle (155/39 mm), especially as regards the range, its greatest limit. A few years ago, therefore, the ERCA (Extended Range Cannon Artillery) program was launched. As part of this project, a prototype called XM-1299 was developed. Basically it is always the same self-propelled machine equipped, however, with an entirely new piece (with automatic loading), called XM-907, characterized by a 58-gauge (155/58 mm) long barrel.

The new gun is credited with a maximum range of 70 km with RAP XM-1113 ammunition. As for timing, the US Army expects to have the first 18 self-propelled vehicles (a full battalion) operational by 2023.

The director of the Kredmash mechanical plant in Kremenchuk would have confirmed (source Komsomol'skaja Pravda) that ...
678
Read

On June 6, with two separate ceremonies at the Fort Wainwright and Elmendorf-Richardson bases, she was reactivated in ...
7443
Read

For a long time, Difesa Online has emphasized the importance of acquiring (and maintaining) artillery pieces, monotube and ...
21327
Read

British Army Chief of Staff Sir Patrick Sanders says the invasion of Ukraine by the ...
11272
Read

During the last world war the Panzerkampfwagen V Panther, having solved the initial mechanical problems, was ...
26637
Read

The conflict in Ukraine has "distracted" the magazine in recent months from continuing to deal with issues relating to the ...
7145
Read