Germany does not give up on the nuclear strike 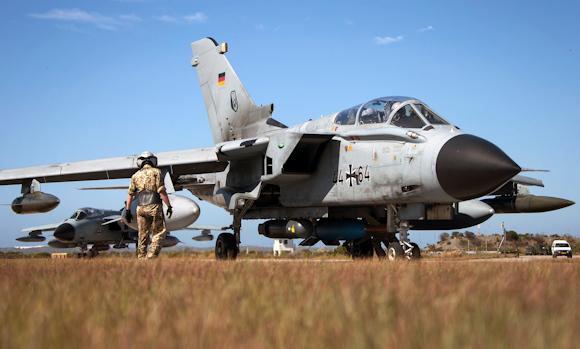 However, this solution appears to respond more to a political rather than a military need.

As our readers will remember, Germany did not want to purchase the 5th generation F-35A LIGHTNING II fighters, thus finding itself in the need to identify a new aircraft capable of performing CAS (Close Air Support) missions in the future, strike in depth and suppression of enemy anti-aircraft defenses.

SUPER HORNETs certainly do not represent the state of the art, compared to the latest generation machines, but would allow Berlin not to have to get involved in the F-35 program without having an adequate economic return for its industry (given the small numbers), avoiding at the same time to irritate Paris, which considers Lockheed Martin's aircraft as one of the many tools with which Americans increase their control over the Allies. 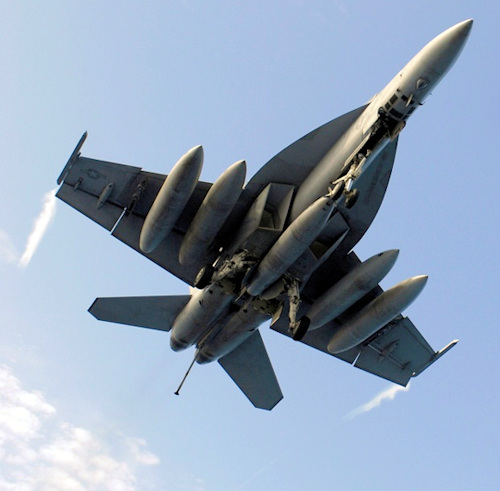 The contract would concern the acquisition of 15 EA-18G GROWLER, for electronic warfare, and 30 F / A-18E / F SUPER HORNET (photo).

The latter aircraft will be those which, in place of the TORNADO IDS, will, if necessary, conduct missions to nuclear strike in deptharmed with B61-12 bombs, the latest addition to the American arsenal of falling nuclear bombs.

The B61-12 is equipped with a programmable head (from 0,3 to 50 kilotons), the tail section, with mobile fins, allows to significantly reduce the CEP (Circular Error Probable). Compared to the previous one, therefore, the B61-12 has a higher precision, even if it does not have the same destructive power (400 kilotons) nor the underground penetration capacity.

The B61-12 will be destined for use (again with the double key formula) also by the other NATO partners that adhere to the Nuclear Sharing, including Italy (our F-35A will be integrated with the new bomb).

In the near future, the B61-12 will be the only American nuclear weapon stored in European bases.

Pecunia non olet says the famous Latin brocardo, sometimes quoted out of turn but truthfully. And it's a question ...
7393
Read

For the third time in two months, Russian pilots have intercepted US planes in the international waters of ...
4135
Read

They had already announced it in the bilateral meeting in Naples last February. On that occasion the president ...
17224
Read