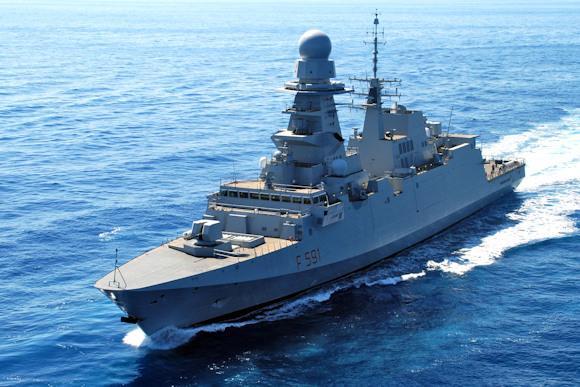 The frigate Fasan of the Navy has entered the Black Sea, and is monitored by the air and naval units of the Black Sea Fleet.

Il Fasan participate in the exercise Sea Breeze 2021, together with the Ukrainian Navy and the others of NATO.

Defense Minister of the Russian Federation, Army Corps General Sergej Kužugetovič Šojgu, told the press that "the forces and means of the Black Sea fleet are controlling the actions of the Virginio Fasan frigate of the Italian Navy, which entered the Black on 1 July 2021 ".

Sea Breeze is the name of the NATO operation (which began last June 28) which will last two weeks and will involve approximately 5.000 military personnel from the member states of the Atlantic Alliance and other countries. About 30 US ships and 40 aircraft will participate, including the USS missile destroyer Ross and the British HMS Defender. The latter involved in the incident a week ago, when a Russian ship fired warning shots after the British fighter had trespassed into the territorial waters of Crimea.

Il Fasan is a Bergamini class antisom frigate, equipped with 16 VLS A50 cells (filled with an unspecified number of ASTER-15/30 surface-to-air missiles) and armed with two 76/62 guns (with conventional ammunition), two 25 machine gunners / 80, 4 MILAS antisom missiles and 2 triple launchers for MU90 light torpedoes. While there would be no images that would ensure the validation of the Fasan the launch of the TESEO Mk-2 / A anti-ship missiles.

A Pakistani court has summoned the heads of all past and current governments, including the former military governor ...
377
Read

The experience gained on the ground, in the last two decades, by the Italian military personnel engaged in the missions ...
12743
Read

After the decommissioning of the M551 Sheridan tank, which took place in the mid-90s of the last century, the US Army ...
16380
Read

The director of the Kredmash mechanical plant in Kremenchuk would have confirmed (source Komsomol'skaja Pravda) that ...
7806
Read

British Army Chief of Staff Sir Patrick Sanders says the invasion of Ukraine by the ...
12827
Read