Home Military world The Projection Force from the Sea will acquire ... 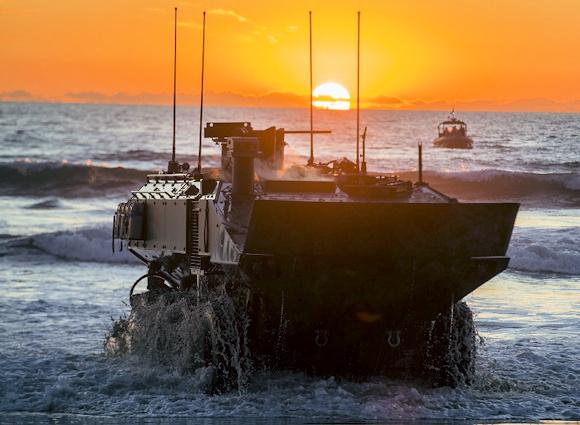 As is known, the Iveco company has won an international tender for the supply of Armored Amphibious Vehicles for the USMC, named by the client ACV (Amphibious Combat Vehicle).

Equally known is the need on the part of the main operating arrangements of the National Projection Screening Capacity (1st regiment of the marine brigade Saint Mark BMSM, the "Serenissima" lagoon regiment and 3rd genius spoiler regiment) to have modern and efficient combat vehicles capable of concretely performing the conduct of amphibious and terrestrial (riverine) operations, enhancing the power projection ashore of the aforementioned CNPM.

Therefore, in consideration that what IVECO offered to the USMC represents an efficient means and able to respond effectively to the needs of the amphibious units of most of the countries of the Alliance, the Italian Armed Forces, intended to deepen what has matured from the experimentation process of the USMC, in order to better articulate the profiling of an amphibious platform capable of responding, as effectively as possible, to the needs of the country's amphibious units.

We remind readers that the Iveco amphibious vehicle intended to equip the Marines is a high-performance vehicle designed to operate in the naval sector, in fact all configurations will be equipped with a front folding breakwater panel and two intubated propellers, placed at the rear and hydraulically driven by the engine (which allow a maximum speed in the water of about 5,5 knots at sea state 3); moreover, the propellers give the vehicle a high thrust, allowing it to land even in the presence of a strong backwash.

It is therefore conceivable that the Amphibious Armored Vehicles (VBA) that Italy could acquire will essentially follow the model purchased by the USMC, especially for its mechanical type features, reserving ergonomics and command and control systems different from those of the United States and more in line with the requirements dictated by the tasks assigned largely to the CNPM as well as by the specific needs of the respective Armed Forces.

The total need of the Projection Force from the Sea would concern 146 vehicles, of which 84 in the APC (Armored Personnel Carrier) version, armed with a turret, with remote control, Hitrole from 12,7x99; 40 in the AIFV (Armored Infantry Fighting Vehicles) version, also equipped with a remote controlled turret (designed by Leonardo), with a 30mm machine gun and a 7,62x51 coaxial machine gun; 14 in version Command Place e 8 Mortar Door, with 2mm 2R120M ribbed piece. From the list we note the lack of a specific means for recovery.

The version troop carrier will have the opportunity to transport an entire squad of riflemen.

At this point it will be necessary to see if, after the COVID-19 emergency, there will be sufficient funds to start the acquisition program, absolutely essential to modernize and make our amphibious capacity more efficient.

Pecunia non olet says the famous Latin brocardo, sometimes quoted out of turn but truthfully. And it's a question ...
7420
Read

According to Treccani, in Ancient Rome, a veteran was a soldier who, after having fought for a certain number of ...
9288
Read

For the third time in two months, Russian pilots have intercepted US planes in the international waters of ...
4137
Read

They had already announced it in the bilateral meeting in Naples last February. On that occasion the president ...
17228
Read