Home Military world The race for personal weapons and the acceler ... 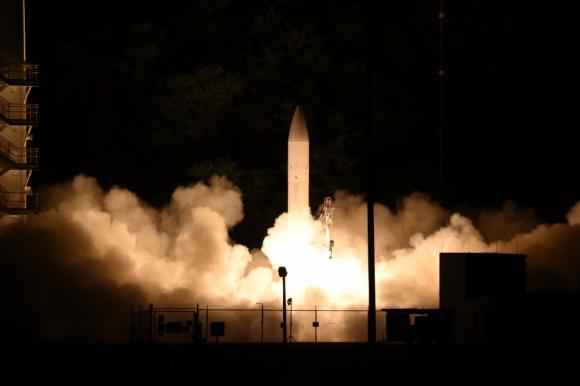 On March 2018, 2019, President of the Russian Federation Vladimir Putin, during his speech on the state of the nation, presented the new hypersonic missiles "Khinzal" and "Avangard" for the first time in the world. Referring to the two innovative weapon systems, Putin claimed the futility of any present and future defense system against them and the impossibility of intercepting such weapons; stating that the two systems would enter service by XNUMX. The same month, the deputy head of the Joint Chiefs Staff, the general of the US Air Force John E. Heyten recognized the serious unpreparedness of the United States Defense to respond and manage the threat of hypersonic weapons.

On the Chinese front, on the 2019st October 17, during the military parade in commemoration of the 30th anniversary of the National Day of the People's Republic of China, the new DF-XNUMX "glide" hypersonic missile was presented. In the presentation, according to Chinese sources, the new missile would have been able to achieve targets on American soil in XNUMX minutes and would have posed a serious threat to all American aircraft carriers operating in the Pacific.

What is a hypersonic weapon?

According to NATO's glossary of terms and definitions, of course any missile or object capable of reaching and maintaining speeds greater than 5 times the speed of sound (Mach 5.0 or M5), equivalent to 6136 Km / h or higher. Hypersonic weapons have different variations, depending on the propulsion system used and the launching platform chosen for the missile / object.

The thrust required to bring a vector at a speed equal to or greater than M5 can be generated by:

• Rocket engine - in English rocket booster, mature technology used on intercontinental ballistic missiles (ICBMs), where the thrust is generated by fuel consumption with oxidizing elements in order to fuel combustion. 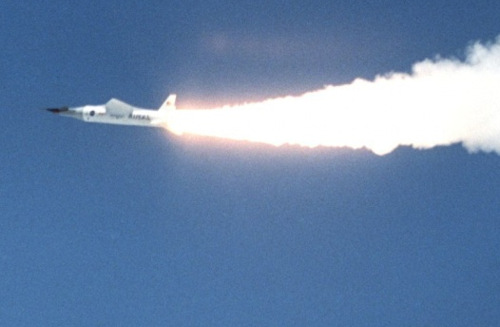 • Stator-reactor - in English Air-Breathing engine, advanced technology (ramjet e scramjet) still in development. The carrier must be launched at a minimum speed of Mach 3.0 and at that level the incoming air to the diffuser is characterized by such a high pressure and temperature, that a small combustion can maintain or increase the acceleration of the carrier up to M10.

The launching platform is a determining element in the choice of the propulsion system:

• Slow surface and deep vehicles - such as specialized vehicles on wheels, military ships and submarines.

Rocket-propelled hypersonic weapons (such as the Russian "Avangard" and the Chinese DF-17) mount a warhead glide (glider): at the end of the combustion phase the glide it detaches itself from the rest of the carrier, flying between 50 and 100 km in height until it reaches its target and hits it at hypersonic speeds. Instead, considering the missiles equipped with a stator reactor (such as the "Khinzal" KH47-M2), they are characterized by the maneuverability of a cruise missile; the launch is performed by specialized air units (Mig-31 BM "Foxhound" or the B-52) at supersonic speeds, and supported by a rocket engine until reaching speeds between M3 and M5, when the propulsion is triggered at scramjet. 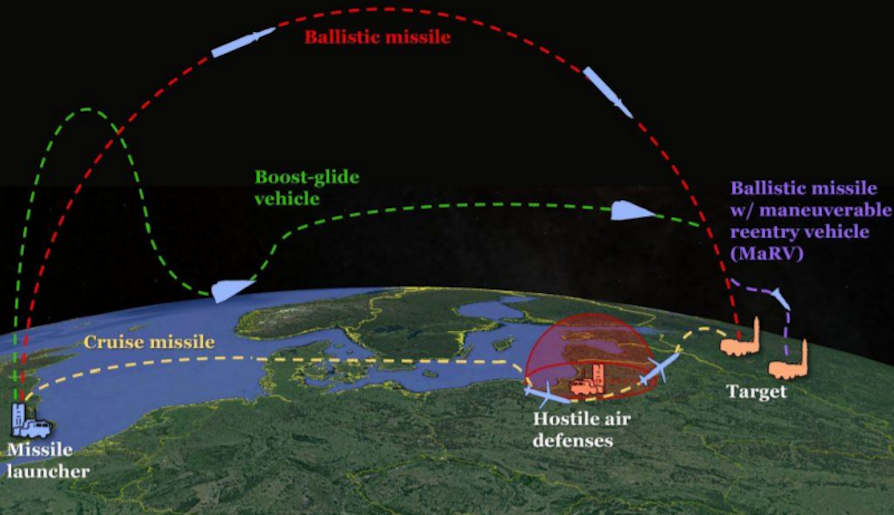 The Obama administration's approach to missile defense policies and the delay in proceeding with the development of hypersonic weapons has left the US unguarded and without an effective deterrent against such weapons threats.

Following the debut of the hypersonic arsenals of China and Russia, the US Defense Staff recognized the serious risk they pose to the implementation of the National Security Strategy and the integrity of American soil. 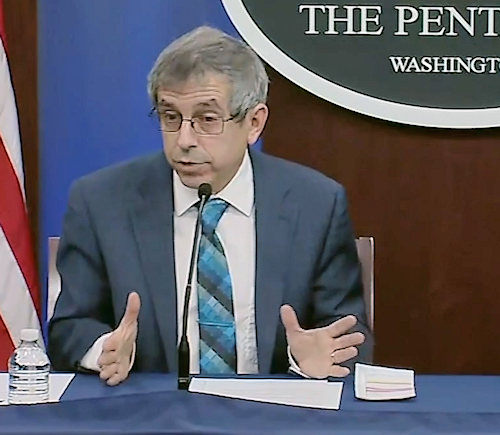 Faced with these considerations, the US Department of Defense "DoD" has started a real race against time to recover the gap generated in both offensive and defensive capabilities. The Pentagon has thus created a section dedicated to the development of hypersonic weapons: in order to accelerate the passage from the experimental phase (research, tests, prototypes) to a scale production phase.

In June 2020, the various branches of defense of the United States can not boast of a missile with warhead glide nor a stator reactor missile in active service. The mismanagement of the funds and organization, together with the absence of a long-term vision have determined the situation reported by the director of modernization of the DoD armaments Mark Lewis (photo) in an interview with theAerospace Nation, as follows: “There were numerous hypersonic programs in development. Although technologically very good, they would eventually lead to a series of prototypes with single-digit numbers. If you have a program that only supplies eight missiles and it ends, which of the thousands of potential targets will you aim for? ".

Aspiring for large-scale production implies a high level of control over production costs: at present, prototypes represent the product of craftsmanship from a very small and specialized industrial sector. In order to ascertain the costs of a weapon system with certain characteristics, the DoD asked the private companies involved in the program to pay particular attention to the development costs. The strategy of focusing on only two propulsion systems, the rocket engine (mature technology) and stator reactor (early development technology), was crucial in limiting expenses and coordinating efforts between the various American defense services; this has allowed to carry out the research and development of the engines scramjetwhich, in the medium term, represent a less expensive and more advantageous alternative to the classic rocket engines.

For 2021, the U.S. Department of Defense has asked Congress to allocate $ 2.865 million dollars to continue their programs with hypersonic weapons, 14% more than the 2.508 million required for 2020. The Army budget and Navy for hypersonic weapons R&D will increase by 95% each, to the detriment of a 40% reduction in funds dedicated to these by independent defense agencies such as Defense Advanced Research Projects Agency (DARPA).

The American programs currently under development are:

▪ ARRW (Air-launched Rapid Response Weapon) - US Air Force carrier with rocket engine and warhead glide, launched by aircraft. Funds received for its development in 2020 totaled $ 286 million; USAF is asking for an allocation of $ 321 million for 2021 to continue the program.

▪ LRHW (Long Range Hypersonic Weapon) - Rocket propelled missile and warhead glide, launched from the surface of the US Army. The funding disbursed in 2020 for the program was 409 million dollars, the US Army has requested $ 801 million for 2021.

▪ CPS (Conventional Prompt Strike) - Missile equipped with rocket engine and warhead glide, with US Navy surface and submarine launch capabilities. Both LRHW and CPS share the same rocket propulsion system (built for the Navy) and same glide at the top of the missile (built for the Army by Dynetics). The budget made available to the Navy was $ 526 million, expected to reach $ 2021 billion by 1.

▪ HAWC (Hypersonic Air-breathing Weapon Concept) and HSW-ab (Hypersonic Strike Weapon air breathing) - Stator-powered propulsion missile and aircraft launch. Currently the program is under the management of DARPA when technology scramjet the program will mature under the control of the USAF.

On February 10, 2020, the US Air Force informed Lockheed Martin of the cancellation of the Hypersonic Conventional Strike Weapon (HCSW) program. This was due to the budget allocation priorities and the desire to transfer all resources (funds, technologies and know-how) in a more ambitious and better organized program: ARRW. 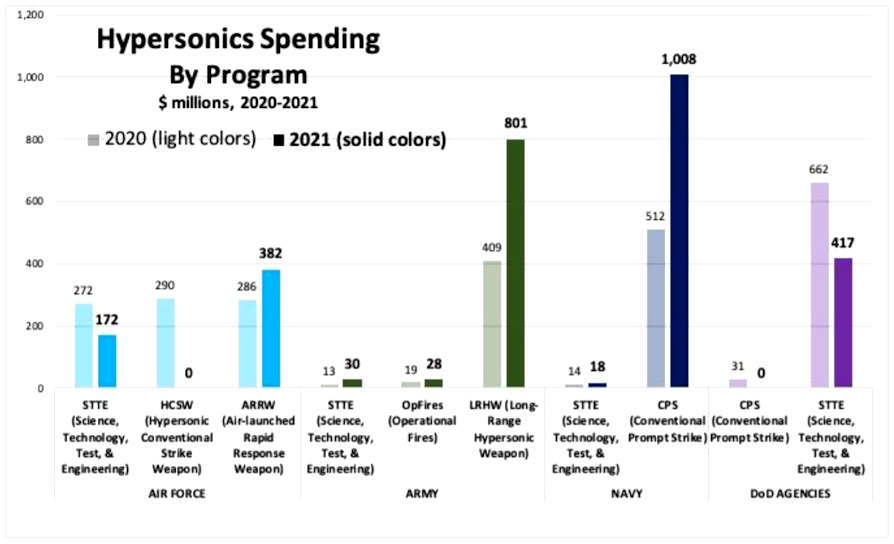 The race to create and strengthen its own arsenal of hypersonic weapons has already started before 2018. We are witnessing a natural process, where the major global superpowers (the United States, Russia and China) are competing to: control relatively new technology , create a technological advantage and obtain a functional deterrent.

The American effort to close the gap in the hypersonic field is fundamental to maintaining its leading role as a western superpower. The projection of power, the ability to transport their troops and vehicles globally (mainly through their aircraft carriers and bases scattered across the continents), has been a key factor in American foreign policy for the past 70 years. Weapon systems with hypersonic abilities pose a serious threat to the implementation of this strategy. Finally, the United States' efforts to create new offensive hypersonic abilities should be on par with efforts to develop effective and efficient countermeasures for hypersonic weapons.

After the suspension of the German KSK for pro-Nazi sympathies, it is the turn of the prestigious 22nd SAS regiment (Special ...
3895
Read

In recent years there has been a resurgence of the piracy phenomenon in the Gulf of Guinea, in the part ...
3179
Read