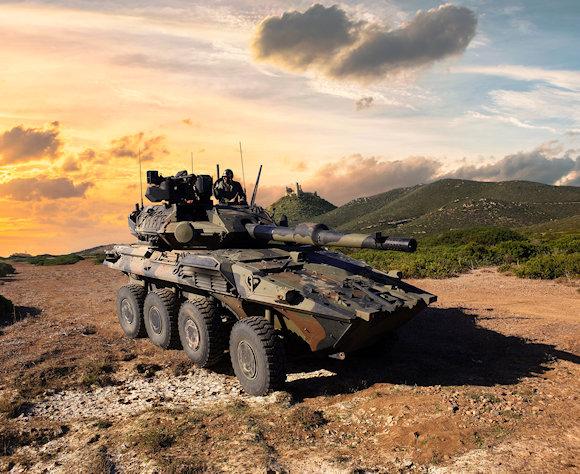 La Centaur The 8x8 won the tender for the supply of 98 armored cars to the Brazilian Army.

The government of Brasilia had created a special commission made up of members of the Army General Staff (EME), logistic command (CoLog), land operations command (CoTer), economic and financial secretariat (SEF), direction of science and technology (DCT) and Southern Military Command (CMS), assisted by civilian subjects specialized in project management e systems engineering, to conduct the analysis of technical and operational requirements. The work of the commission was completed on May 21st.

In the race, in addition to the middle of the CIO (Iveco Oto-Melara Consortium), there are the Finns from Homeland, the Americans of the General Dynamics (through the Swiss subsidiary Mowag), the Chinese of Norinco and the South Koreans of the Hanwha.

The armored Patria was excluded in the next phase as the incorporation of the turret takes place in a later phase (basically it is a modular vehicle), while the Centaur II rolls off the assembly line already complete.

A further strong point, which probably gave the Italian armored vehicle an advantage over its direct competitors, would derive from the fact that it shares many parts with the VBTP-MR 8x8 (armored vehicle for transporting personnel using wheels) Guarani (following photo), produced locally and the result of an Italian-Brazilian collaboration. 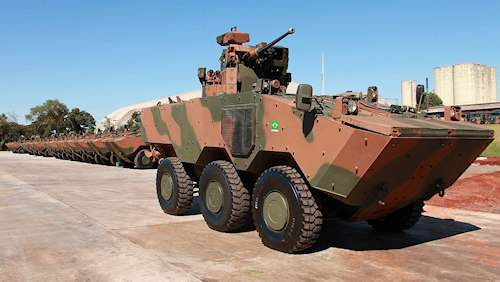 Last December, the defense ministers of their respective countries, Lorenzo Guerini and Walter Souza Braga Netto, signed a letter of intent to strengthen cooperation in the defense sector. A document that "wants to ensure full availability and maximum government collaboration, also in Gov-to-Gov mode, in the analysis of suitable and quality solutions that can be presented by our companies in the sector", had added the then minister Lorenzo Guerini.

As our readers know, the Italian Army is acquiring the first batch of the new armored vehicle, equal to 86 vehicles, out of a total requirement of 150. According to SME's 2020 release, the Centaur II represents an exceptional step forward compared to the previous Centauro I in terms of power, observation, mobility, ergonomics, shooting behavior, communication as well as, of course, maximum crew protection. Equipped with a modern powerpack of over 700 Hp and the H transmission, typical of 8x8 armored vehicles, the Centauro II uses an entirely digital architecture and a new generation turret with 120/45 mm cannon and Command Communication systems and Control which make it one of the most modern of the vehicles supplied to the Army. The result is an innovative armored vehicle capable of operating in any scenario: from missions to defend national security, to support and peacekeeping operations to any other operational theater in which the Army is called to intervene. 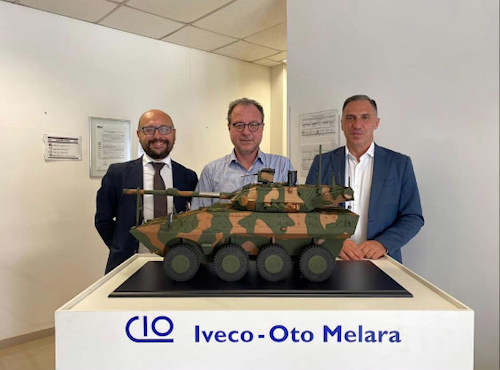 Furthermore, last March the then Undersecretary of Defense Mulè went to Brazil to meet Braga Netto and visit the offices of Iveco and Leonardo.

A political pressing in the defense export sector, by a government, which has very few precedents in the republican history of our country.

The architecture of Centaur II remained unchanged from the previous version, with four axles (1st and 2nd are steering while the 4th is counter-steering), triposto turret in the center-rear position and engine placed at the front. The total mass is about 30 tons.

As far as protection is concerned, the new blindo it will not have an active protection system (given the cost of the vehicle it would have been desirable). According to the manufacturer the Centaur II is protected against fire from automatic weapons, but it was not disclosed until what caliber. The Centaur I can be pierced laterally, even from very long distances, by the 14,5x114 mm caliber AP rounds of the Russian KPV heavy machine gun (the core of the projectile is made of tungsten carbide). We believe that the new armored car has the same criticalities inherent in ballistic protection (the armored reserve from which shots are selected it is not armored at all).

Furthermore, the Centaur II if used on soft ground, due to the high specific pressure and the low ground clearance, is subject to the phenomenon known as "bulging".

On the other hand, the Patria 8x8 AMV (Armored Modular Vehicle), is a multi-purpose vehicle produced by the Finnish defense industry company Patria. The main feature of the AMV is its modular design, which allows for the incorporation of different turrets, weapons, sensors, or communication systems on the same carriage. There are designs for several APC (armored personnel carrier) and IFV (infantry fighting vehicle) versions, communications versions, ambulances and several fire support versions, armed with mortar systems and large caliber guns. The vehicle has an excellent level of mine protection and can withstand explosions of up to 10 kg of TNT. The AMV has protection levels up to 30x173 mm APFSDS-T in the frontal arc (STANAG 4569 Level 6).

The German Leopard 2 tank is one of the military vehicles requested by Ukraine to face the Russian offensive...
6580
Read

"While war is changing, France has and will have armies ready for the dangers of the century", these are the words of…
2820
Read

Germany stubbornly does not want to deprive itself of its tanks. Despite weeks of the campaign "Let's free the...
78714
Read

As international attention has been drawn to the war in Ukraine, tensions have risen in the Balkans…
4005
Read

On October 16, 2022, Chinese President Xi Jinping presented a report to the 20th National Congress of the Party...
4941
Read

In recent years, Russia has shown the West its technological advances in the military field through the…
48139
Read

On December 16th, with a statement that had actually already been in the air for some time, the Japanese Prime Minister Fumio...
8777
Read

Over twenty years ago, at the end of 2001, the then British Prime Minister Tony Blair supported the need to drop the...
13111
Read