Home Military world Impact of the war in Ukraine and tensions… 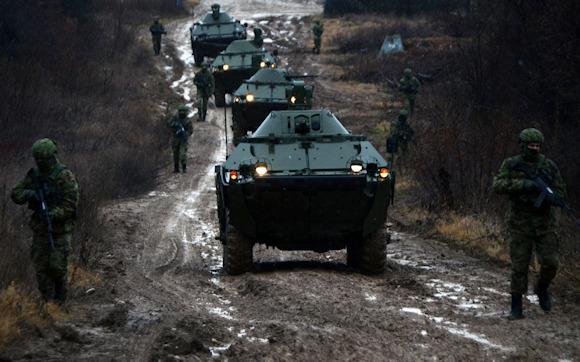 While international attention has been drawn to the war in Ukraine, tensions have risen in the Western Balkans between Serbia and Kosovo with bitter accusations, recriminations and clashes.

NATO has rejected Serbia's requests to send troops to Kosovo following a series of clashes. "Their (KFOR) they responded by saying that they believe there is no need for the return of the Serbian army to Kosovo…citing the UN resolution approving their mandate in Kosovo”1Serbian President Aleksandar Vucic said.

In the meantime, Russian popularity is increasing in the country and, according to studies by expert analysts, it is due to the feeling of being rejected by the West, from frustration with the independence of Kosovo and from the idea that Russia identifies the counterpart that opposes the 'West. Russia is the only world power that regularly reiterates its readiness to support Serbia in its refusal to recognize Kosovo internationally. Is it "soft power"? 2

A survey3 of April 2022 showed that for the first time the majority of Serbs are against the country joining the European Union. The reason for this is the pressure Serbia has experienced from the EU, regarding the imposition of sanctions against Russia. You have voted in favor of three UN resolutions condemning Russian aggression against Ukraine, but you have not joined the international sanctions against Moscow.

Serbia applied for EU membership in 2009. Accession negotiations began in 2014, but persistent tensions between Serbia and Kosovo stalled the process.

President Aleksandar Vucic said nine other countries had withdrawn recognition of Kosovo. "As things stand in the world today, as many as 106 countries do not recognize Kosovo's independence, only 84 recognize it unequivocally, and three countries are unclear."

"We have nine that have withdrawn their recognition: Somalia, Burkina Faso, Gabon, Eswatini, Libya, Guinea, Antigua and Barbuda, Saint Lucia and the Maldives"4Vucic added.

In May last year, following Kosovo's application for EU membership, Serbia announced that it would start a campaign for Kosovo's disavowal. This follows the rupture of the September 2020 Washington accord in which Serbia pledged to stop its campaign to get countries to no longer recognize Kosovo for a year, while Kosovo promised to stop requesting the membership in international organizations for one year.

Thus, criminal trials for war crimes that take place within national borders can appear as mere "due acts" in order to be able to join the EU without any real utility for society. At the same time, the imperfectly carried out proceedings could appear as a means of encouraging nationalism and exasperating spirits in the region rather than developing the prodromes for a reconciliation.

World-wide tensions, exacerbated by the Russian invasion of Ukraine, have caused old frictions to re-emerge all over the globe between the parties involved which are not afraid of turning into clashes or even worse wars, almost justified by what happened between Russia and Ukraine.

2 The concept of soft power, introduced by the American Joseph Nye, indicates the ability of a state to exercise influence using immaterial tools such as, for example, culture, entertainment and sport. It is seen as something that is driven more by its own spontaneous ability to establish itself as a model than by targeted government policies.

The German Leopard 2 tank is one of the military vehicles requested by Ukraine to face the Russian offensive...
6532
Read

"While war is changing, France has and will have armies ready for the dangers of the century", these are the words of…
2816
Read

Germany stubbornly does not want to deprive itself of its tanks. Despite weeks of the campaign "Let's free the...
78689
Read

On December 16th, with a statement that had actually already been in the air for some time, the Japanese Prime Minister Fumio...
8770
Read

Over twenty years ago, at the end of 2001, the then British Prime Minister Tony Blair supported the need to drop the...
13101
Read 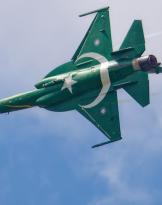