Home Military world Tuscania turns 80: what will it do ...

Tuscania turns 80: what will he do when he grows up? 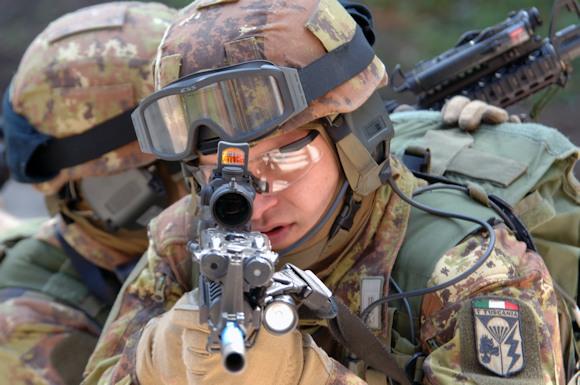 The 1st parachute carabinieri regiment Tuscania he is the heir to the 1st battalion of the Royal Paratroopers Carabinieri formed in 1940 and distinguished himself in Libya, in the battle of Eluet El Asel of 19 December 1941.

After the war the regiment participated in all the operations of the Italian Armed Forces, at home and abroad, from Lebanon in 1982 to Kurdistan in 1991, from Somalia in 1992 to the Balkans (between 1995 and 1999).

In 2001, during the G8 in Genoa, the department took part in the security device, set up by the then Berlusconi government, to stem the violent demonstrations of black block. Elements of the Tuscania they were also part of the contingent Kite in Afghanistan in 2003 (continuing to be deployed in the subsequent ISAF mission), as well as they were present in Iraq during the Ancient Babylon mission. Some of its operators are still present in Iraq to train local forces - and Kurdish peshmerga - in counter-terrorism operations. Furthermore the staff of the Tuscania ensures the defense of Italian embassies in high-risk countries.

Surely the Tuscania, in recent years he has developed a great professionalism, but it is difficult to find a place for him in the current national military scenario. 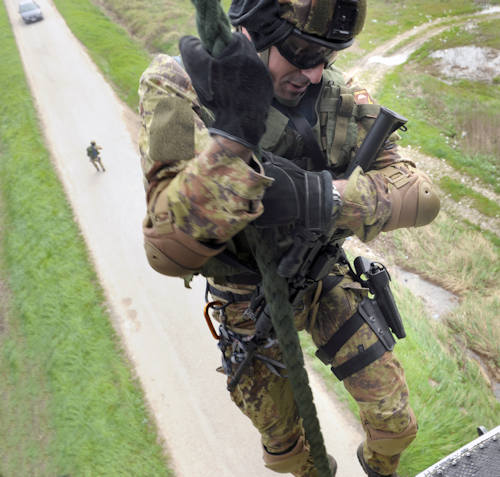 With the creation of the GIS in 1977, the Tuscania it was identified as a natural recruiting tank for the new counter-terrorism department. However, for some years, this obligation has been abolished. A carabiniere who wants to be part of the GIS, once he has passed the psycho-physical-aptitude selection, must pass the course called GIS Operator, with a military raider license. This qualification is achieved in two phases: the first, of 9 months (at the Tuscania), allows to obtain the qualification of explorer paratroopers; the second, lasting 45 weeks, is in turn divided into 18 weeks of basic course and 27 weeks of specialist course.

At the beginning of the 80s of the last century, together with the raiders of the Nono and of the GOI, the para of Tuscania they were part of the GOS (Special Operations Groups), created by the then Minister of Defense Spadolini to support the GLADIO missions.

In the mid-90s the hypothesis of transforming the Tuscania in a department creak, but then the then battalion was chosen Monte Cervino.

After 11/XNUMX there has been a proliferation of special / special operations units nationwide.

In 2000 the Arma dei Carabinieri became the fourth Armed Force and in 2004 the Special Intervention Group was elevated to the rank of special force (and included in the COFS) so, at the end of the training process, its operators assume the qualification of raiders.

In recent years, the General Command of the Carabinieri has created two new departments in order to face attacks such as those brought to Paris by the jihadists in 2015: the API (Ready Employment Rates) which are directly dependent on the provincial commands of the carabinieri and, in addition to the usual institutional tasks, they carry out counter-terrorism activities; the SOS (Operational Support Teams), created in 2016, depend directly on the General Command, in particular operational contexts they can be called upon to replace the GIS. 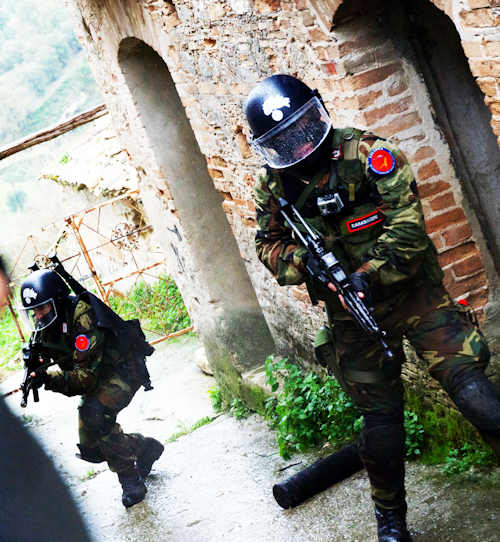 While in order to combat organized crime in areas that are not easy to access, the already existing Hunters Helicopter Squadrons of Calabria (photo) and Sardinia were joined by two others: of Sicily e of Puglia (the training of these departments is carried out at the Tuscania).

Therefore, at present, the carabinieri have departments capable of carrying out a wide spectrum of missions, when only a decade ago it was necessary to resort to the parà of the Tuscania.

Therefore it would be legitimate to ask what could be the correct use of a regiment of paratroopers of the carabinieri, apart from carrying out functions of Military Police and security of embassies.

Also the creation of a fourth company, to be included in the scope Tier 2, in support of the GIS, appears not very functional, as the GIS raiders operate abroad with the other national special forces (Nono, GOI, 17th flock and, since 2017, Monte Cervino and RRAO). While in a national context, the staff already in force would be sufficient as support Tuscania and to the other special units of the aforementioned carabinieri (without counting the support of the other police forces).

It is good to remember that the training of an operator of the Tuscania it is higher than that of a normal parà but clearly lower than that of a raider. In the end, the "survivors" of the training course, which lasted about nine months, receive the qualification of exploratory paratroop carabinieri. This qualification could be used in favor of the parachute brigade thunderbolt, however the Brigade already has its scouting platoons, inserted in the basic weapon regiments (183 °, 186 ° and 187 °).

In conclusion, the General Command of the Carabinieri should question the usefulness (also considering the high costs to keep such a department in efficiency) of Tuscania. Maybe consider the option of dismembering the Regiment, thus going to implement the staff of the GIS (currently the department has the strength of a company) as well as the API and SOS, in order to have personnel at the highest level of training in the area.

In the 25 November 2019 incident, when a Tigre attack helicopter and a Puma transport helicopter collided ...
1695
Read

The head of naval operations, the adm. Mike Gilday and members of the United States Congress, during the Symposium ...
1379
Read

The Minister of the French Armed Forces, Florence Parly, stressed the importance for the Nation of being able to dispose ...
1860
Read

The French forces, framed in Operation Barkhane in Mali, allegedly killed civilians in the course of air raids ...
3029
Read

After Germany, Poland and Italy, Turkey's turn has come to lead the VJTF (Very ...
2440
Read

On December 25, 2020, the Japanese Ministry of Defense (MoD) announced that it would include the purchase cost ...
1561
Read

On December 25, 2020, in Severodvinsk, the Zvezdochka Ship Repair Center, a subsidiary of United Shipbuilding ...
4029
Read

What will the submarines of the third millennium be like? A project of ...
4446
Read 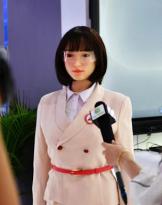 Among the most important results of the last national congress of the Chinese Communist Party (2017) is certainly from ...
3474
Read