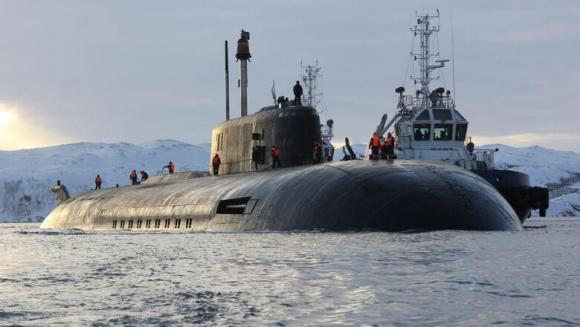 Il Project 09852 it is another important element of the troubled and difficult process of modernization of the underwater forces of the Voyenno-Morskoi Flot (Navy of the Russian Federation). VM-F is receiving SSGN boats Project 885 Yasen e Project 885M Yasen-M (K-561 Kazan, K-573 Novosibirsk and maybe K-571 Krasnoyarsk within the year) simultaneously with the underwater missile carriers 3M30 Bulava, Project 955 Borei e Project 955A Borei-A (Knyaz Oleg e Generalissimus Suvorov in the 2022).

Sources in the defense ministry said the Belgorod it is in a state of great readiness and the preliminary tests of the main on-board equipment have confirmed their technical reliability.

Il K-329 Belgorod it was supposed to become the 14th submarine of the Project 949 (in this case Project 949A) whose main task is the interdiction of opposing naval groups with the 20 3M45 anti-ship missiles Turkish Granite Supplied.

Its setting, however, occurred after the Soviet collapse, on July 24, 1992. In 1997, the construction of the K-329 Belgorod as well as that of the two subsequent boats (K-135 Volgograd e K-165 Barnaul) was discontinued due to the financial crisis.

After the tragedy of K-141 Kursk on August 12, 2000, the replacement of the lost submarine with the Belgorod which was in an advanced stage of construction however, it was subsequently decided to employ the nuclear submarine for other purposes. Construction was resumed on 20 December 2012 to give life to the Project 09852. the submarine has undergone major changes such as the hull has been increased by 30 meters to accommodate the new compartments making it become the Belgorod the longest submarine in the world. The new compartments can accommodate various underwater boats, release and retrieve them. The Project 09852 was launched at the Sevmash shipyard in Severodvinsk on 23 April 2019 and is expected to enter the fleet within the current year at the 29th Autonomous Division of the Northern Fleet of Gradjevo. 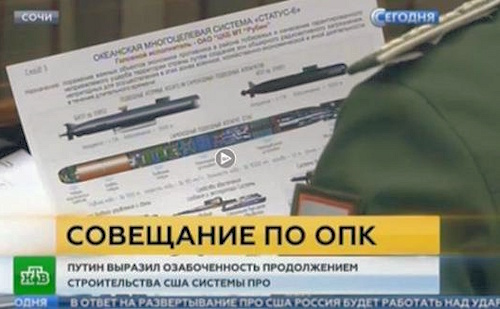 Il Belgorod is the carrier of the unmanned strategic submarine vehicle Poseidon (v.articolo). Whose job is to launch a retaliatory nuclear attack on the potential opponent in case he attacks first (Second Strike o Retaliatory Strike). On the basis of the assumption that populations, major cities and industrial centers are concentrated on the coast and a powerful underwater nuclear explosion, varying between 2 and 100Mt, would trigger a tsunami.

Besides Poseidon, Russia is creating several unmanned submarines, including the Klavesin-2R-PM which can dive to a depth of 6 meters (according to Rubin Design Bureau, but most likely 2 meters) and carry a range of sonars, including side scan, and map the seabed in great detail and locate objects. Russia has also developed the long endurance independent active-decoy Surrogate for use in antisubmarine operations, camouflage and protection of allied submarines. These UUVs, which are thought to be transportable even from Belgorod, have the task of simulating a submarine by reproducing its acoustic and magnetic fields. These signals will distract the opponent leading him to attack the dummy targets.

Rubin Desing Bureau is also designing the underwater surveillance system Project 2P77 Garmoniya featuring a series of sensing sensors that in peacetime can monitor oil and gas deposits as well as identify underwater elements that could damage drilling platforms. In times of war, Garmoniya it should theoretically isolate the sea areas in which the SSBN and the Poseidon.

These submarine means transportable from Project 09852 are designed for a wide range of underwater technical work at great depths, including searching for lost military property, detecting and installing various underwater sensors, connecting and destroying communication cables. The use of these various systems in an eventual armed conflict is considered to have a crucial role in controlling large areas of sea and likely to reduce the losses of surface and underwater units by guaranteeing significant damage to the opponent.

This afternoon, the Ministry of Defense of the Russian Federation issued the following statement: "Two ...
2145
Read

The latest news about the movements of Russian troops towards Crimea speak of three regiments of the VDV (Vozdušno -...
5687
Read

The tension between Ukraine and Russia does not seem to be defused, having been engaged for weeks to "flex their muscles" in the ...
4472
Read

In March 2021, three nuclear submarines simultaneously emerged near the Alexandra Island of the archipelago of ...
1810
Read

Some operators of the special forces of the Russian Federation, the KSO (Komandovanie sil spetsial'nalnykh operatsii), ...
7462
Read

The Takuba Task Force is taking shape more and more, wanted by France to fight the jihadist groups operating ...
5106
Read