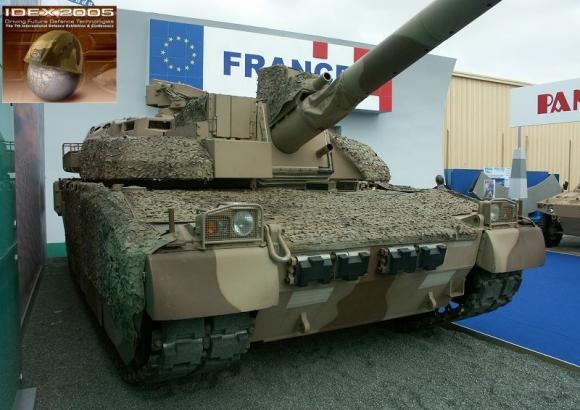 Jordan boasts a large fleet of armored vehicles, which however is strongly dated and despite peaceful relations with Israel, it is located on the remaining borders nations that present situations of serious internal instability such as Iraq and Syria equipped, however, with modern T-90S / tanks. SK.

The United Arab Emirates, by virtue of the friendship with the Hashemite monarchy and the recently normalized relations with Tel Aviv, have deemed it appropriate to sell the GIAT Leclerc tanks to Amman both to modernize the local armored component and to create synergies in order to develop upgrades involving the global fleet of these tanks.

The Leclercs have been in service in the United Arab Emirates Army since 1994 which was followed by an update back in 2003 by the French parent company but, in the light of the lessons learned during the conflict in Yemen, the Emirati General Staff deems it necessary to submit them to further improvements, perhaps with the support of the Jordanian company King Abdullah II Design And Development Bureau (KADDB).

The Leclerc EAU (TROP) version, unlike the one in service with the Armée de Terre, is equipped with a 883CV MTU MT-500 ka-1500 engine with Renk HSWL 295TM transmission. In addition, it is equipped with an elongated hull to accommodate larger tanks, external APU, panoramic view HL-80 associated with the thermal imaging camera Alis and laser rangefinder, remotely controlled turret Armement Télé-Opéré equipped with FN MAG machine gun and Leclerc Battlefield Management System.

Asphalt paving of the capitoline streets and garbage are among the most recent organizational emergencies where - without embarrassment ...
898
Read

According to a press release from the Nerpa shipyard in Snežnogorsk, later confirmed by TASS, to ...
1341
Read

Despite continuing with the update program of the Aries tank, the Army General Staff arises ...
6402
Read

On 15 October the first fleet of 18 ACVs (the amphibious armored vehicle produced by BAE Systems in ...
9672
Read

Egypt would have signed, in August, for the sum of 1,2 billion euros, the order for two multi-mission frigates (...
9085
Read

In a period of coronavirus it would seem blasphemous to talk about something else but, despite the new infections, the public life of ...
1719
Read

The war between Armenia and Azerbaijan is highlighting the role of UAVs (Remotely Piloted Aircraft) in a ...
4349
Read