Home Military world The return of the Panther 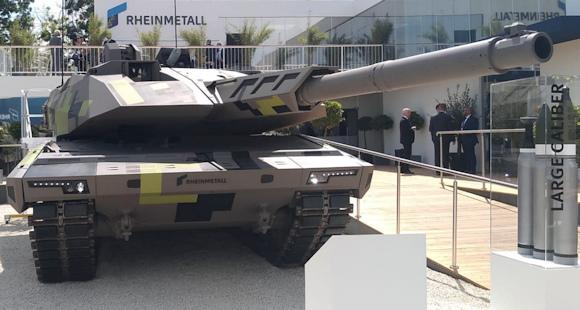 During the last world war the Panzerkampfwagen V Panther, solved the initial mechanical problems, it was the best tank deployed by the Germans.

The KF51 is equipped with a new tower equipped with a 130 mm L52 smooth-bore piece, the Future Gun System, with automatic loading. After years of study, the standard caliber of Western MBTs, the 120 mm, has finally been surpassed in place of a gun that allows superior ballistic performance. In addition, a 4-tube launcher can be installed on the Panther for loitering munitions, such as the Hero 120 (autonomy of 60 minutes of flight with a 4,5 kg warhead). A 12,7x99 mm coaxial machine gun completes the armament.

Il Panther it's a real tank software-defined fully enabled to collect and distribute battlefield information in a multi-domain context. 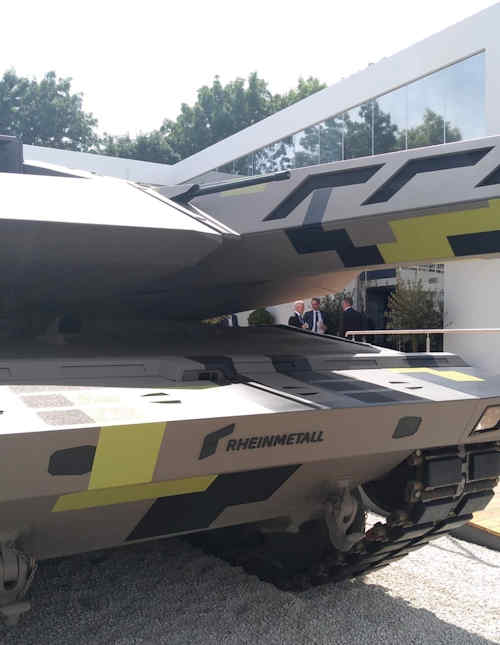 Rheinmetall's new tank uses an innovative, fully integrated survival concept. In addition to the classic measures, in fact, the digital architecture of the Panther allows survival on board, with active, reactive and passive protection technologies.

It was designed for a crew of three. Inside the hull, in addition to the pilot, an optional station dedicated to the company commander and one to the operator in charge of controlling the loitering munitions.

The weight of the tank, in combat order, is less than 50 tons.

Continental Europe, apart from France and Italy, is standardized on Leopard 2A6 / 7 (with some armies still having the A4 version in service). Poland, after the sale of the T-72s to Ukraine, will receive the US M-1A2 SEPᵥ tanks.

Precisely the ongoing conflict in Ukraine is highlighting the importance of having modern armored forces up to the threats brought by the latest generation weapon systems.

From this point of view, the Italian Army is in great difficulty.

The wagon line is totally inadequate with just over 30 efficient Ram, conceptually dating back to the 80s and never updated.

The program that we would like to launch to solve the obsolescence of the wagon, in reality, will involve a very high expense (the latest estimates spoke of 752 million euros) without however putting it on a par with other Western MBTs.

This is why it would be appropriate to focus on a new medium, not to mention that the IFVs should also be replaced Dart, contemporary of the Ram e like these inadequate to face the new operational theaters.

Acquire both the MBT Panther that l 'IDAF Lynx it would entail a significant leap in quality for the heavy component of the Italian Army, this would also entail significant savings, both in terms of logistics and training.

The director of the Kredmash mechanical plant in Kremenchuk would have confirmed (source Komsomol'skaja Pravda) that ...
1092
Read

On June 6, with two separate ceremonies at the Fort Wainwright and Elmendorf-Richardson bases, she was reactivated in ...
7549
Read

For a long time, Difesa Online has emphasized the importance of acquiring (and maintaining) artillery pieces, monotube and ...
21358
Read

British Army Chief of Staff Sir Patrick Sanders says the invasion of Ukraine by the ...
11309
Read

The conflict in Ukraine has "distracted" the magazine in recent months from continuing to deal with issues relating to the ...
7146
Read

A few weeks ago we mentioned how serious games (and among them war games) can help to understand ...
1931
Read