Home Military world The strengthening of the armored component ...

The war in Ukraine is showing that the armored component is still fundamental in a modern army. Poland has embarked on an extensive MBT acquisition program that has few parallels in recent military history.

Its geographical position, bordering to the east with Ukraine and Belarus and to the north with the Russian Federation (the enclave of Kaliningrad), places Poland in a highly strategic context for NATO.

Hence the replacement by the Warsaw Armed Forces of the material of Soviet origin with Western equipment, but not only.

As written in a previous article Poland is purchasing a considerable number of vehicles from South Korea. In fact, last week the contract for the supply of 1.000 MBT K-2 was formalized Black Panther (180 supplied by 2027 directly from Korea and the remaining 820 licensed products in Poland - opening photo). To these must be added 250 M-1A2 Sepᵥ₃ in addition to 116 M-1A1 which will subsequently be updated to the latest version. 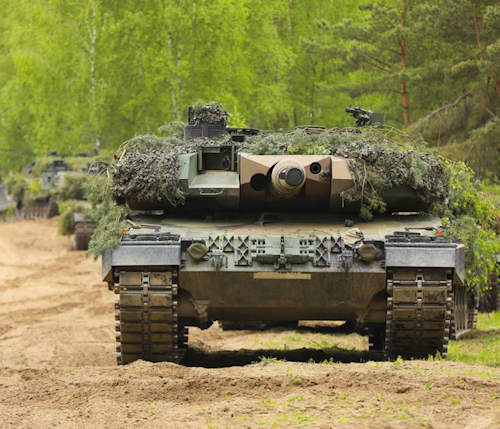 In addition, the Army is updating 143 Leopard 2A4 to the Leopard 2PL standard (photo), a version equipped with AMAP (Advanced Modular Armor Protection) modular ballistic protection that uses nano-ceramic materials combined with new titanium and steel alloys (the mass of the tank , with this protection, it reaches 60 t).

We are talking about MBT numbers never reached in Europe since the Cold War. By comparison, the absurd program of updating the Ram (125 tanks), carried forward by the Italian Army, it seems a trifle, even if it will cost us around 1 billion euros.

The Polish Army has three armored divisions, each of which is structured around three brigades capable of conducting autonomous operations.

Currently the 11th Cavalry Division armoreda has two tank brigades, the 10 ͣ and 34 ͣ, equipped respectively with the Leopard 2A4 (which will be brought to PL standard) and Leopard 2A5 (each brigade has two battalions with 58 tanks each).

The 12th mechanized division has two mechanized brigades, the 2nd and the 12th, the latter has a ternary structure (on three battalions), while the 2nd has two battalions, one of which is equipped with PT-91 tanks Twardy (next photo), a version of the T-72M1 improved above all in the systems of the firing, protection and propulsion conduct (probably several examples of these tanks were sold to the Ukrainian forces).

The 16th Mechanized Division has two brigades armoredand, the 1 ͣ and the 9 ͣ, the first on one battalion and the second on two. These two brigades are also equipped with PT-91 tanks. 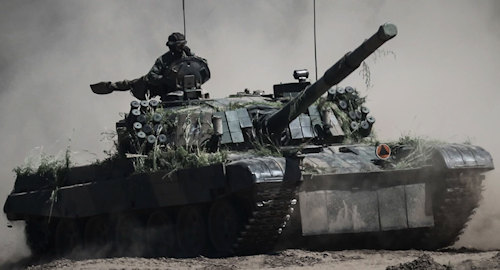 It is foreseeable that this division will receive the K-2 tanks. It is also likely that the Army will decide on the establishment of a new division armoreda, to be equipped with M1A2 tanks and to be deployed on the border with Ukraine.

Poland has embarked on a process of renewal which, as mentioned above, is unparalleled in the Western world.

South Korea will also supply the K-9 self-propelled howitzers Thunder (over 200 specimens between 2022 and 2027) to add to the PzH-2000 one of the most modern howitzers currently in service. The self-propelled machine is already on line Krab, built in Poland on the chassis of the K-9 and ordered in 122 units (of which 18 sold to the Ukrainian forces).

In 1954 the Armalite Division of the Farchild Engine & Airplane Company began the development of an assault rifle ...
288
Read

After a long period of experimentation by the "Folgore" brigade, the ...
434
Read

Like every summer, many, too many are the fires that devastate hectares and hectares of woods. Often the Fire Brigade ...
2028
Read

While Turkey is tightening its tone towards the Greeks, breaking the dialogue with the government of Athens, Paris ...
73852
Read

Pakistan purchased the Chinese Z-2006EC helicopters in 9, an ASW variant specifically produced for the ...
22748
Read

They are certainly not new, the recognized abilities of Sultan Erdoğan to move with extreme ease among the ...
53369
Read 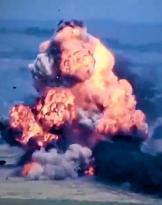 The High Representative of the Union for Foreign Affairs and Security Policy, Josep Borrell, recently ...
16265
Read