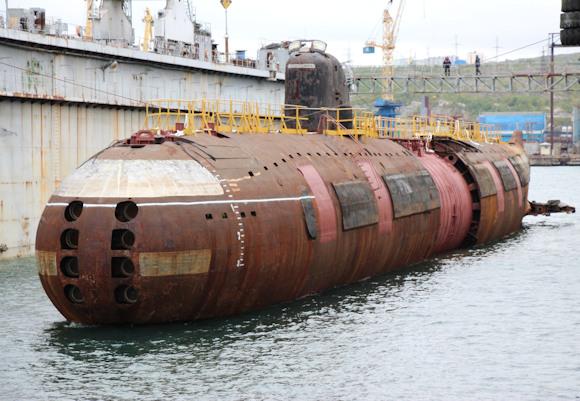 According to a press release from the shipyards Nerpa of Snežnogorsk, later confirmed by TASS, following a meeting between the technical office of Voyenno-morskoy flot, a design office and a non-profit association, it was considered appropriate to locate the Leninsky Komsomol near St. Petersburg in what will become the Museum of Naval Glories in the fortress-city of Kronstadt. The will of the previous plan consisted in museumizing the K-3 in the city of Murmansk by mooring it in the central city port next to the Lenin (project-92m), first Soviet nuclear-powered icebreaker, thus giving prominence to the capital of Arctic Russia, exposing both those that were the jewels of Soviet naval technology of the late 50s.

The K-3 submarine, class leader of the project-627 qualifying. "Whale" (November class), designed by Vladimir Peregoudov and built at the Plant 402 of Molotovsk, was launched on 9 August 1957 and entered service with the Northern Fleet in July 1958 assigned to the 206th base brigade at the port of Zapadnaya Litsa, in the Kola Peninsula, under the command of Captain Leonid Osipenko with Lev Zhiltsov in second .

On June 17, 1962, under Zhiltsov's command, the K-3 reached the North Pole under water, it was the first Soviet submarine to perform this action, equaling what was done by the USS Nautilus of Commander William R, Anderson in 1958 and to emerge from the polar ice (such as USS Skate March 17, 1959 under the command of James F. Calvert). Due to the success of the polar mission, the boat was given the name of Ленинский Комсомол (Leninsky Komsomol) on October 9, 1962 and Commander Zhiltsov was awarded the title of Hero of the Soviet Union. 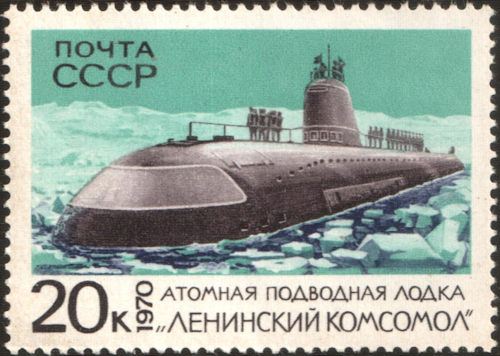 Unfortunately, on 8 September 1967 during a routine patrol in the Norwegian Sea, under Captain Anatoly Zykov, a fire broke out in compartments 1 and 2 and Project 627 they were equipped with an automatic fire extinguishing system, which, however, instead of spraying water that could have caused short circuits to the electrical systems of the boat, released carbon dioxide eliminating oxygen in the environment causing the flames to extinguish. During this fire, however, the sailors of the compartments affected by the flames were unable to escape and the action of the dioxide caused their death by asphyxiation, once the Leninsky Komsomol he had lost 39 of his 105 men.

In 1988 the first Soviet nuclear submarine ended its honored thirty-year career and after several unsuccessful attempts at museumization that began in 2004. Finally, in 2017 it was finally set up to become a floating museum with the removal of the VM-A 70 MW reactors and according to plans will be open to visitors in Kronstadt starting in 2023.

The American military device, in recent years, is undergoing a profound restructuring in order to face ...
1872
Read

The hull of the icebreaker ship Evpatiy Kolovrat, the class leader of Project 21180M, was set up at Almaz ...
872
Read

According to a press release released on November 23, 2020, Huntington Ingalls Industries Shipyards have ...
1012
Read