The small Wiesel combat vehicle will (perhaps) have a successor 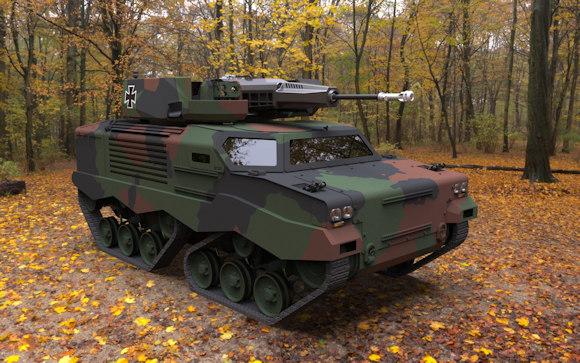 On June 22, IABG (Industrieanlagen-Betriebsgesellschaft mbH), commissioned by BAAINB (Bundesamt für Ausrüstung, Informationstechnik und Nutzung der Bundeswehr) in the role of general contractor, presented the demonstrator of the combat system for GSD airborne troops Luftbeweglichen Waffentrowns after a period of 14 months of study and development of the project. Together with project partners ACS, FFG and Valhalla Turrets, the vehicle, weapon systems and interior were presented to a specialist audience at the ACS in Derching near Augsburg.

Il Wiesel ("Weasel", ed.), In service in version 1 from the end of the 80s with the Bundeswehr, was born from a requirement to equip the airborne departments of the Heer (Army, ed) with an armored vehicle capable of fighting the infantry and the tanks of the Warsaw Pact. It was Porsche that developed this vehicle that entered service, produced by Rheinmetall AG, mainly as a tank fighter equipped with Raytheon missiles TOW (210 examples) and combat vehicle with turret KUKA E6-II-A1 armed with a Rheinmetall automatic cannon Mk 20.

Il Wiesel 1 it is small in size and weighs "only" 2,75 tons with the frame made of steel armor capable of withstanding 5,56 mm and 7,62 mm ammunition for light weapons as well as shrapnel from bullets ( STANAG 2) and is powered by an 86 HP Audi diesel engine that guarantees it a top speed of 70 km / h. However, the real strength of the Wiesel is the ability to be easily transported by CH-53G heavy transport helicopters. Stallion, which can accommodate up to two on board by embarking on the rear ramp.

In the late 90s, a larger version with major improvements in protection and performance was developed with a modern 1.9 bhp Volkswagen 109 turbodiesel. Named Wiesel 2, the new version entered service from 2001 with versions specialized in short-range air defense leFlaSys (Air Defense Command Post, Air Defense Reconnaissance and Fire Control Vehicle) the best known of which is theocelot armed with missiles FIM-92 Stinger (bottom photo). Added to these are the ambulance, combat vehicle of the genius and mortar MrsKpfSys (Command and control for combined and joint fire, Joint Fire Support Team, Lightweight Armored Mortar with 120mm howitzer). 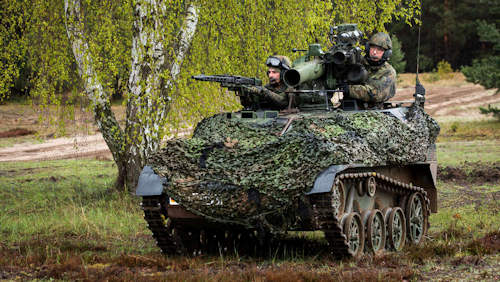 These vehicles, especially the Wiesel 1, have taken part in the Bundeswehr's main overseas missions since UNOSOM II in Somalia followed by IFOR, SFOR, KFOR e TFH in the Balkans up to ISAF in Afghanistan.

In any case, the vehicles armed with the 20mm cannon in force for the non-airborne departments will be replaced with Boxer Cannon-armed IFVs MK-30-2 / ABM while I Wiesel 1 TOW under the Fallschirmjager Battalion would be part of the upgrade program Mehrrollenfähiges Leichtes Lenkflugkörper-System (MELLS) with the integration of the Israeli anti-tank missile Rafael Spike lr.

Il Luftbeweglichen Waffentrowns has all the credentials to become the worthy heir of this small but multifaceted vehicle, all that remains is to wait for the middle of 2022, date by which the subsystems of the LuWa considered particularly critical will have been examined and evaluated. 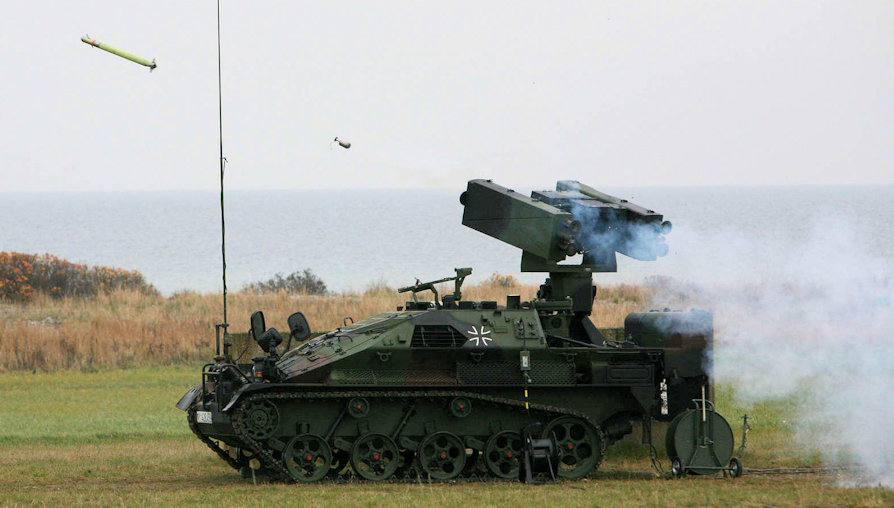 After the decommissioning of the M551 Sheridan tank, which took place in the mid-90s of the last century, the US Army ...
11253
Read

The director of the Kredmash mechanical plant in Kremenchuk would have confirmed (source Komsomol'skaja Pravda) that ...
6132
Read

On June 6, with two separate ceremonies at the Fort Wainwright and Elmendorf-Richardson bases, she was reactivated in ...
8432
Read

For a long time, Difesa Online has emphasized the importance of acquiring (and maintaining) artillery pieces, monotube and ...
21996
Read

British Army Chief of Staff Sir Patrick Sanders says the invasion of Ukraine by the ...
11984
Read

During the last world war the Panzerkampfwagen V Panther, having solved the initial mechanical problems, was ...
27145
Read

The conflict in Ukraine has "distracted" the magazine in recent months from continuing to deal with issues relating to the ...
7236
Read