The Minister of Defense wants to defend the Italians, how? 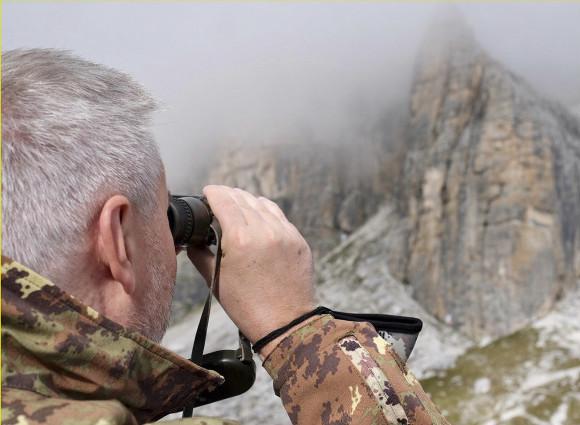 Finally, the Minister of Defense Guerini begins to understand that his role is to defend Italian interests, especially in the Mediterranean basin.

In an interview with Repubblica he declares that "We must defend Italy and Italian interests in a different way", adding that "It takes a new vision, a new presence". In fact, the minister's words reflect what has been asserted for some time now by Defense Online.

The Mediterranean, in the last 5 years, has undergone a huge geopolitical change while, as usual, the Italian system was stuck with the usual internal political quarrels. This is our ancient problem, neglect (or rather completely ignore) foreign policy until we find ourselves in a bad mood. As happened with the - paradoxical - story of the 18 seafarers kidnapped by the Haftar militias, detained in very bad condition for 108 days (despite the fact that the foreign owner spoke of preferential treatment) and released in circumstances yet to be clarified but after the ritual of adoratio by the president of the council of ministers Conte.

Our competitors are called Turkey, Algeria, Egypt (which we are supplying with weapons to have their natural gas in exchange), nations that until a few years ago did not have the means to counter the capabilities of the Europeans. To give just one example, the Algerians can deploy short-range ballistic missiles Iskander-E and its class submarines Kilo they can launch cruise missiles Kalibr. On the other hand, the units of our Navy are unable to launch even old-fashioned anti-ship missiles such as the Teseo Mk-2 / A, while the maximum range of the armaments supplied to the Army is only 70 km (with ammunition Volcano from 155 mm).

In conclusion, our Minister of Defense begins to realize that the lack of interest in the national defense policy (now ten years old), has caused very serious damage to Italian interests.

Just two months ago, in a hearing in the Defense Committee of the House, the Chief of Staff of the Navy Cavo Dragone denounced the shortage of personnel available to the Armed Force and the difficulty in training crews. Unfortunately, as per Italian tradition, his appeal fell on deaf ears.

When he was secretary of state, John Kerry had threatened Erdoğan to expel Turkey from NATO (despite not ...
1347
Read

During the last world war, the Italian state abandoned thousands of ascari (Eritrean fighters) who ...
3442
Read

The head of naval operations, the adm. Mike Gilday and members of the United States Congress, during the Symposium ...
1758
Read

The Minister of the French Armed Forces, Florence Parly, stressed the importance for the Nation of being able to dispose ...
1981
Read

After Germany, Poland and Italy, Turkey's turn has come to lead the VJTF (Very ...
2544
Read