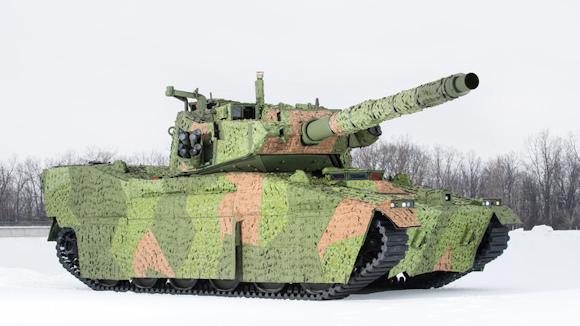 Despite continuing with the upgrade program of the wagon Ram, the General Staff of the Army asks questions about a possible successor and, above all, what characteristics he should have.

Now out of the Franco-German program, the Italian government is looking for other partners to be able to create a new MBT (trying not to repeat the macroscopic mistakes made with theRam) that is suitable for future operational scenarios.

Given also the progress in the field of passive protection and the necessary adoption of active defense systems (type trophy), it would be possible to build a vehicle with a low weight, in the order of 32 tons, possibly elevated up to 35 with the installation of additional modular armor.

In support of this solution, the US Army program, MPF (Mobile Protected Firepower), focuses on the construction of an MBT with a mass of less than 40 tons. 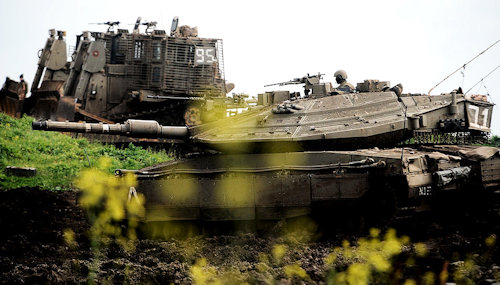 The second Lebanon War (2006) and the subsequent operation in the Gaza Strip (2008-09) showed that even the heaviest and most protected MBTs - the MERKAVA Mk-IV (photo) - can be knocked out by small groups of militiamen equipped with latest generation anti-tank systems. From these experiences, the Israeli armored corps changed its operational doctrines regarding the use of armored vehicles in urban contexts.

Returning to the future national MBT, a limited mass would facilitate the adoption, as is happening in the automotive field, of a hybrid, diesel-electric engine. This would allow two advantages: on the one hand, a significant reduction in consumption, with a consequent increase in autonomy, on the other hand, a greater availability of electricity. This last aspect appears of no secondary importance since, on next generation vehicles, the demand for electricity will be destined to increase (due to future installations on board of C4I equipment, active protection, radar).

As far as protection is concerned, we are entering a difficult area to deal with as there is very little information available.

However, it can be assumed that, even in future MBTs, passive armor will remain the main element, increased by reactive plates and active protections. The use of different, stratified materials (such as nylon, ceramic, boron carbide and silicon), would allow for low weights but high protection.

The concept of camouflage should not be underestimated, in fact, in order not to be identified, modern MBTs have the latest generation of camouflage systems. An example is the multispectral masking of BAE Systems ADAPTIV (it changes according to the terrain in which the vehicle operates). As far as electromagnetic emissions are concerned, the PL-1 experimental Polish tank has a reduced electromagnetic signature, thanks to the use of RAM (Radar Absorbing Materials).

Special attention, of course, deserves the main armament. Current Western MBTs are standardized on the 120mm piece, derived from the 120-gauge Rheinmetall RH-44. THE Leopard 2A6 / 7 are equipped with a 55 caliber long barrel, while the French Leclerc has a 120/52 mm piece.

In the American MPF ​​program, all competitors present a half-armed with a 105/51 mm rifled piece, also given the high versatility of this gun.

However, the main reason could be that the only 120-piece tower, mounted on a 30-ton vehicle, is Leonardo's HITFACT (installed on the turret of the Centaur Omani and on Centaur II being acquired at the EI). Therefore, the experience gained with heavy busways would greatly facilitate the adoption of the new 120/45 mm cannon (capable of firing modern Rheinmetall ammunition) even on a medium MBT.

Whatever the size of the future national MBT, there is no doubt the need to find one or more partners in order not to produce minimum quantities and, therefore, lower costs. To this end, a collaboration between Italy, Poland and Spain would seem to be consolidated, given that the United Kingdom, for the next few years, will focus on an improved version of the Challenger 2.

The American military device, in recent years, is undergoing a profound restructuring in order to face ...
1725
Read

The fast multi-role vessel Project 02510 entered service on November 24 with the Baltic Fleet of the ...
1950
Read

The IRINI mission - launched last year by the European Union to support the UN embargo, aimed at blocking the ...
3489
Read