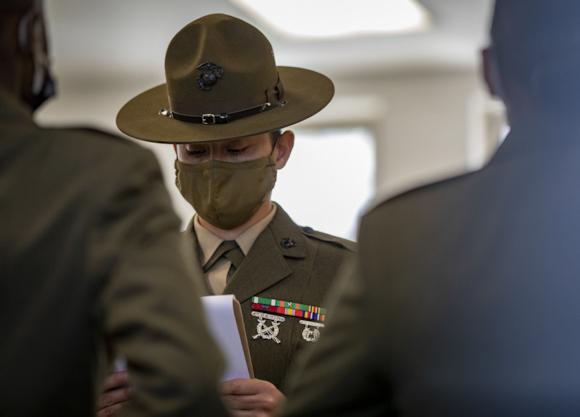 It would seem absurd yet even Uncle Sam's Armed Forces have budget problems (a situation that our Armed Forces know too much). As our readers know, the Marine Corps has long since undertaken a major restructuring to become a suitable tool for meeting future challenges in the Pacific. The decision by Congress to cut millions of dollars from defense funds to be allocated to the Corps therefore appears very singular.

These reductions would affect the acquisition programs, already undertaken by the Marines, of new missile systems, both anti-ship /country attack that cruise, such as the Maritime Strike Tomahawk and the surface-to-air SM-6 (the latter also usable against ground targets).

The Corps had asked for about $ 125 million, for FY 2021, in order to purchase 50 Tomahawk cruise missiles: Congress, however, rejected the request. This has caused some irritation among the leaders of the Marines (but also among the US Navy), who have highlighted the increase to 6,8% of GDP for Defense allocations by Beijing.

The Marines are decommissioning their armored battalions and simultaneously implementing missile capabilities. In fact, they acquired the missile of the Norwegian Kongsberg NSM (Naval Strike Missile) and intend to integrate it with an unmanned version of the 4x4 JLTV tactical vehicle (bottom photo), as part of a system called ROGUE (Remotely Operated Ground Unit Expeditionary). 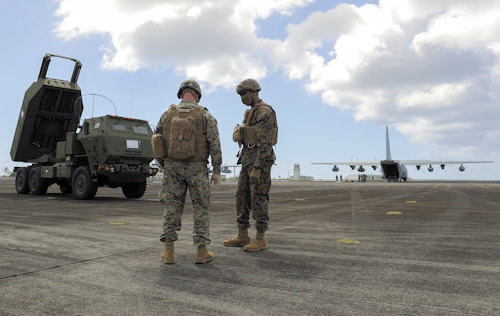 The NSM missile is therefore integrated with the expeditionary concept of the Marines, as tested in the exercise Noble Fury of 2020 (photo), when a detachment of Leathernecks raided a Pacific island to establish a temporary Forward Arming and Refueling Point (FARP). A mobile battery equipped with NSM simulated a landing to defend the island from a surface naval attack, thus creating a bubble by Sea Denial.

The next step should be, funds permitting, the acquisition of long-range anti-ship capabilities (thanks to the end of the INF Treaty) with Maritime Strike Tomahawk (GLACM, Ground Launched Cruise Missile), capable of hitting naval targets almost 2.000 km away. The Corps' intention would be to have a prototype launcher by next year and start test launches in 2023. However, unless the cuts are reviewed, it seems unlikely that the Marines will be able to acquire such a missile system relatively quickly. 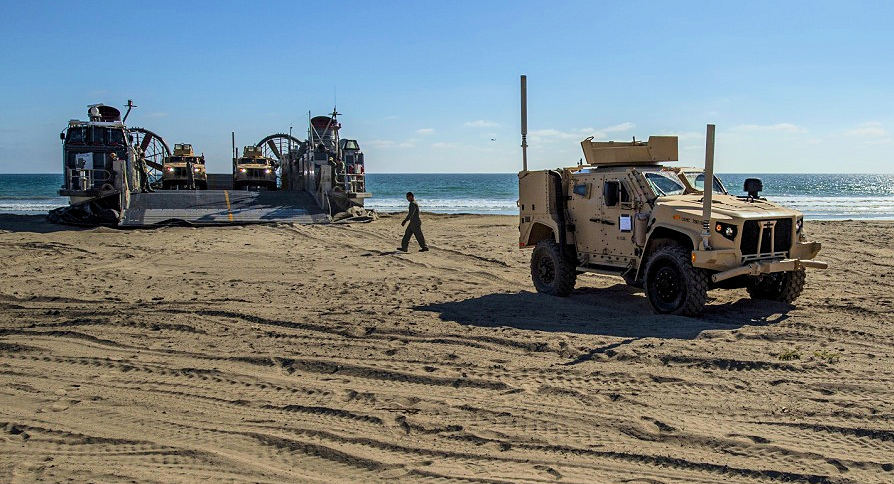 Photo: US Marine Corps / US Navy

This afternoon, the Ministry of Defense of the Russian Federation issued the following statement: "Two ...
2149
Read

The latest news about the movements of Russian troops towards Crimea speak of three regiments of the VDV (Vozdušno -...
5688
Read

The tension between Ukraine and Russia does not seem to be defused, having been engaged for weeks to "flex their muscles" in the ...
4473
Read

In March 2021, three nuclear submarines simultaneously emerged near the Alexandra Island of the archipelago of ...
1811
Read