Home Military world The Chief of the Royal Navy announces the name ...

The Chief of the Royal Navy announces the name of the new class of Type-31 frigates: "Inspiration" 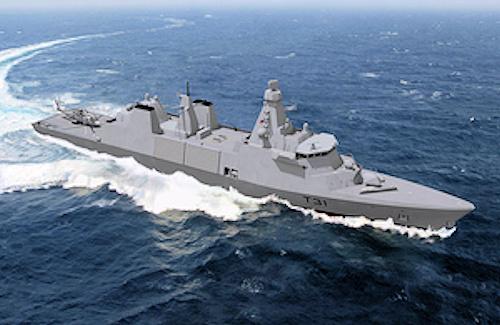 The new ships of Her Majesty's Navy will be grouped as an "Inspiration" class and will be called HMS active, HMS Bulldog, HMS Campbeltown, HMS Wonderful and HMS Venturer. The names are taken from former warships and a submarine whose missions "inspired" the operations of the Royal Navy.

The names would represent the future vision of the British Navy: HMS active would indicate the advanced deployment of ships to protect UK values ​​and interests, HMS Bulldog the operational advantage in the North Atlantic, HMS Campbeltown it would symbolize the "raids from the sea" of the Future Commando Force of the Royal Marines, HMS Wonderful the history of aircraft carrier and HMS attack operations Venturer it would promote technology and innovation.

The first Lord of the Sea, Admiral Tony Radakin said: I welcome the announcement of the names of the Inspiration class frigates. Each has been chosen to evoke those values ​​we strive for: cutting-edge technology, boldness and global operations. They represent the best of Britain's worldwide shipbuilding heritage and will fly the flag for decades to come.

The British Defense received a budget increase of over £ 24 billion for the next four years. The Type-31 frigates will replace the five Type-23 units general-purpose currently in use, entering service by 2028. They will have a crew of up to 105 men and women and will be deployed around the world, alongside the new Type-26 antisubmarines.

HMS active: named after the Type-21 HMS frigate active who served the Royal Navy from the late 70s through the mid-90s. In addition to taking part in the operation to liberate the Falklands, supporting the final battles for Port Stanley, theactive has spent a career in support of Britain's overseas territories and global interests, from fighting drug traffickers to strengthening UN embargoes and providing humanitarian aid in the aftermath of natural disasters.

HMS Bulldog: takes its name from the destroyer (photo) who helped to overturn the fate of the Battle of the Atlantic thanks to the courage of his crew who searched the U-boat U110 in May 1941 and recovered an "Enigma" machine, with the codes. It provided Britain with a vital intelligence advantage at a key stage in the struggle to keep Atlantic supply lines open.

HMS Campbeltown: takes its name from the destroyer who in wartime led "the greatest commando raid": that of St Nazaire in France. In March 1942, the ship struck the docks and then detonated the numerous charges piled on board: it sowed chaos in the port preventing the main German warships from being used for the rest of the conflict. 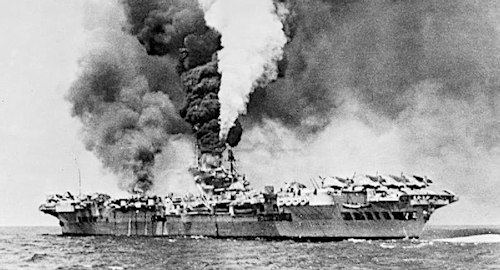 HMS Wonderful: takes its name from the aircraft carrier of the Second World War that best represented the attack operations from Norway to the Mediterranean, up to the Pacific. He survived the attacks of the suicide bombers (photo) and led the offensive in the Japanese mainland with lieutenant commander Robert Hampton Gray who earned the last Victoria Cross of the war for the sinking of a Japanese destroyer six days after the surrender of Tokyo.

HMS Venturer: Named after the WWII submarine that sank the German U-boat U864 northwest of Bergen, Norway on February 9, 1945 - while both were submerged. The Venturer (photo) enjoyed a technological and intelligence advantage over the enemy thanks to the decoding of messages indicating the position of the enemy. It was the first time a submarine had (deliberately) sunk another while submerged.

A Pakistani court has summoned the heads of all past and current governments, including the former military governor ...
118
Read

The experience gained on the ground, in the last two decades, by the Italian military personnel engaged in the missions ...
12623
Read

After the decommissioning of the M551 Sheridan tank, which took place in the mid-90s of the last century, the US Army ...
16348
Read

The director of the Kredmash mechanical plant in Kremenchuk would have confirmed (source Komsomol'skaja Pravda) that ...
7768
Read

On June 6, with two separate ceremonies at the Fort Wainwright and Elmendorf-Richardson bases, she was reactivated in ...
9001
Read

For a long time, Difesa Online has emphasized the importance of acquiring (and maintaining) artillery pieces, monotube and ...
22708
Read

British Army Chief of Staff Sir Patrick Sanders says the invasion of Ukraine by the ...
12814
Read