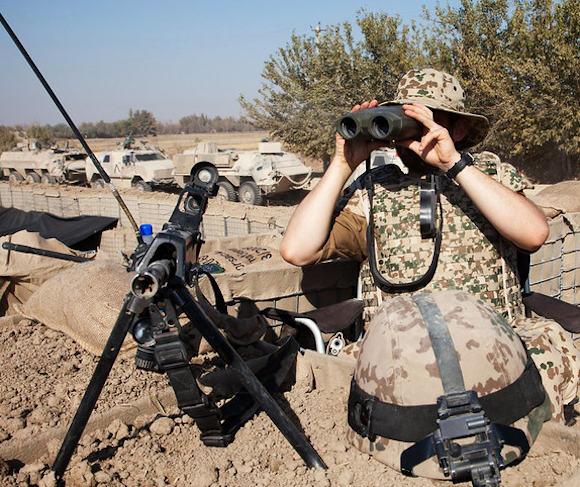 From the post-war period to today the Italian Armed Forces, at least in the conventional components, have always adopted weapons produced by the Beretta of Gardone Val Trompia.

Specifically, 15 years ago, to identify the replacement for the AR 70/90 assault rifle, there was no call for tenders but Beretta was directly assigned to produce a new weapon: the ARX-160.

Although it is an excellent shotgun, there are other industrial companies (national and foreign) that could have supplied the same quality, perhaps at lower prices.

Looking for an analogy abroad, the Bundeswehr has been using Heckler & Koch products for decades, at least until now.

In fact, in these days, the tests to choose a successor to the G-36, as a weapon of order of the Bundeswehr, have ended. Apparently the winner was the Haenel MK556 in caliber 5,56x45 (photo below).

The MK556 is an AR-15 / M-4 derivation platform, with stroke stroke piston operation, manufactured by CG Haenel, a company based in Thuringia owned by Merkel, in turn part of the Tawazun Holding of the United Arab Emirates United. The gun is available with barrels of 4 different lengths (10,5 ', 12', 14 ', 16'), and with Picatinny and KeyMod forends that can be removed without the use of tools.

The other weapons in the competition were the American LMT, the Rheinmetall-Steyr RS-556 (variant of the Steyr-Mannlicher STM556) and the HK-416A7 (later adopted by the German special forces with the name G-95). Sig-Sauer, a finalist in the US for the NGSW program, withdrew from the race.

However, despite the positive outcome of the tests, the MK556 must wait for the approval of the Ministry of Defense, which is obliged to take into account the appeals of the losing companies.

Asphalt paving of the capitoline streets and garbage are among the most recent organizational emergencies where - without embarrassment ...
1019
Read

According to a press release from the Nerpa shipyard in Snežnogorsk, later confirmed by TASS, to ...
1378
Read

Despite continuing with the update program of the Aries tank, the Army General Staff arises ...
6535
Read

On 15 October the first fleet of 18 ACVs (the amphibious armored vehicle produced by BAE Systems in ...
9744
Read

Egypt would have signed, in August, for the sum of 1,2 billion euros, the order for two multi-mission frigates (...
9135
Read

The war between Armenia and Azerbaijan is highlighting the role of UAVs (Remotely Piloted Aircraft) in a ...
4379
Read