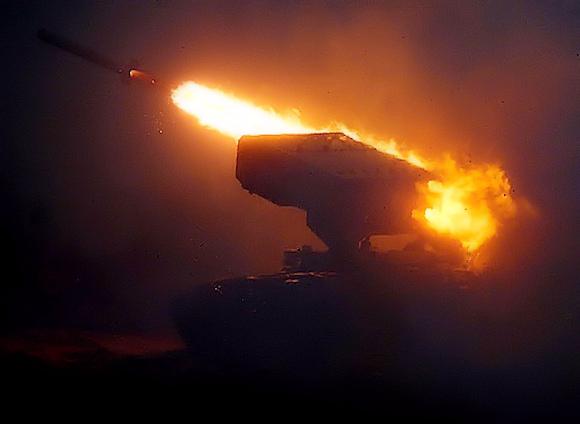 According to reports from the Russian news agency Tass, the Army of the Russian Federation has put on line the new TOS-2 thermobaric rocket launchers, during yesterday's operations against Ukrainian forces.

The TOS-2 is the latest generation of thermobaric rocket launch systems based on the truck chassis instead of the tracked armored chassis like the TOS-1A.

Even the new system, like the previous one, uses thermobaric warheads capable of annihilating enemy troops, even sheltered in bunkers and tunnels. These rockets mix fuel and air into a mixture which, when detonated, creates enormous effects of heat and pressure.

The TOS-2, called Tosochka is a new version on wheels of the TOS Heavy Flamethrower Rocket Launcher System based on a truck chassis that was unveiled in 2020 during rehearsal of the May 9 military parade. Previous versions of rocket launchers are based on tracked chassis such as the TOS-1 and TOS-1A.

The new system is based on a Ural-63706-0120 military truck chassis with triple axles at the rear of the chassis. The front of the truck is equipped with an armored crew cabin, which provides protection against small arms fire and shrapnel from artillery shells.

The rear of the truck's chassis, on the other hand, is equipped with a launch station that includes a canister with three rows of six rocket tubes. According to Russian military sources, it can fire 220 mm rockets with thermobaric and smoke bombs. The vehicle is also equipped with an on-board computerized fire control system, inertial navigation and aiming systems. 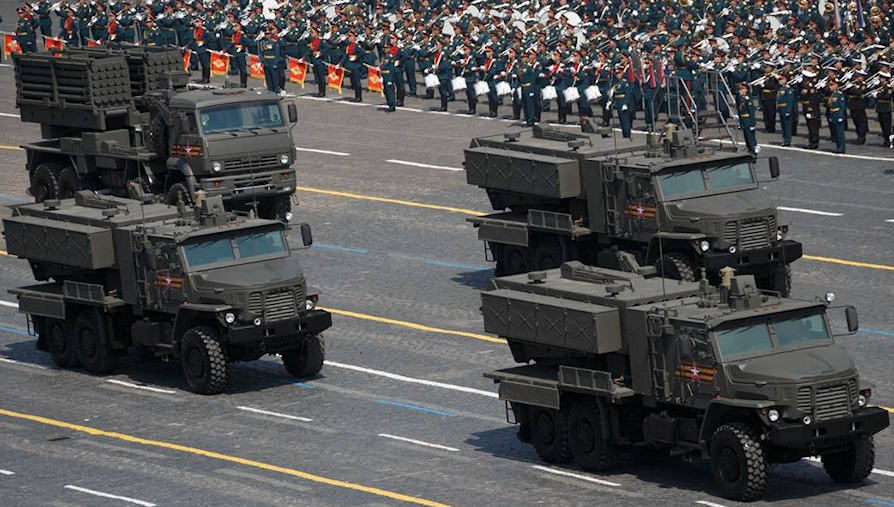 For a long time, Difesa Online has emphasized the importance of acquiring (and maintaining) artillery pieces, monotube and ...
13623
Read

British Army Chief of Staff Sir Patrick Sanders says the invasion of Ukraine by the ...
8348
Read

During the last world war the Panzerkampfwagen V Panther, having solved the initial mechanical problems, was ...
25700
Read

The conflict in Ukraine has "distracted" the magazine in recent months from continuing to deal with issues relating to the ...
6911
Read

A few weeks ago we mentioned how serious games (and among them war games) can help to understand ...
1833
Read