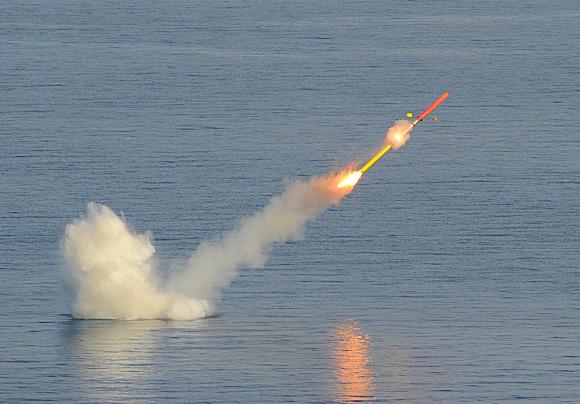 The Minister of the French Armed Forces, Florence Parly, stressed the importance for the nation of having submarines capable of launching cruise missiles.

Florence Parly commenting on this success stated that “For the first time a French submarine has launched a cruise missile. This success gives our Navy a new strategic capacity and places it among the best in the world. This new weapon is a real breakthrough, the result of years of effort and investment, allowed by the 2019-2025 Military Planning Act. I want to congratulate everyone - in the Navy, the DGA, and industry - who made this layoff possible. Until now, the French submarine force could strike submarines and surface ships. From now on, it can destroy long-range heavy land infrastructure ".

This success marks a milestone in the tests of the Suffren in view of its final qualification by the DGA. The new submarine will enter active service this year.

With a maximum range of approximately 1.400 km, the MdCN is suitable for missions against infrastructures of high strategic value. 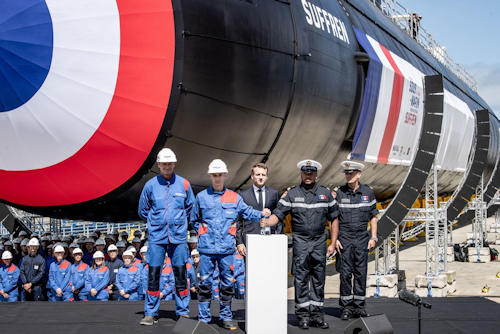 After the multi-mission frigates (FREMM), the SSNs of the class Suffren are the first French ships to be equipped with this deep attack capability (deep nature).

The ability to deploy the MDCN from submarines maintains the constant and undetected threat of an attack from the sea against enemy targets located inland and significantly increases the penetration capability of French forces in theaters of operation.

In addition, the new submarine also successfully tested the launch of the SM-39 EXOCET anti-ship missile, credited with a maximum range of 50 km with a warhead of 165 kg.

The success of these Exocet SM39 and MdCN launches once again demonstrates MBDA's mastery in submarine missile launches. This capability remains the preserve of a few navies in the world and helps protect France's strategic interests without having to rely on other nations.

In this regard, the Italian government should evaluate the possibility of equipping the next 4 U-212 NFS submarines with these capabilities, two of which are already funded, which the Navy will have to acquire in the near future. Leonardo participates with a 25% stake in MBDA, so it should not be difficult to be able to equip future Navy boats with EXOCET anti-ship missiles, also given the serious difficulties encountered with the installation of the TESEO Mk-2 / A missile on the units of the Italian fleet.

On December 25, 2020, in Severodvinsk, the Zvezdochka Ship Repair Center, a subsidiary of United Shipbuilding ...
4120
Read