Home Military world The British prepare for war with ... 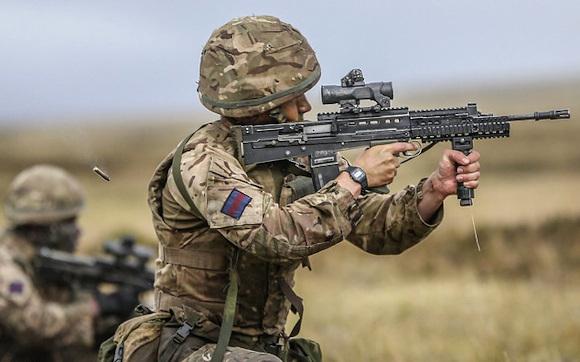 British Army Chief of Staff Sir Patrick Sanders says that Russia's invasion of Ukraine has changed the Army's outlook, i.e. it must be enabled to fight alongside the Allies and ready to defeat the Russian Federation on the battlefield.

General Sanders further stated, in a message addressed to the troops, that the extent of the Russian threat "it shows that we have entered a new era of insecurity".

The general's statements were part of a speech addressed to all ranks of the Armed Forces of His Majesty and to public officials, in an internal message dated June 16, three days after taking command of the British Army. British media quoted the message extensively on 19 June.

The BBC quoted a Defense source that the tone of the message shouldn't come as a surprise: all (or nearly all) armies are training to fight, but the threat has clearly changed.

However, it is Sanders' own statements that mark a break with the past. Indeed, the chief of staff said it was his duty to make the British Army "as lethal and effective as possible", adding that Russia's invasion of Ukraine highlighted that the Army's main purpose must be to protect the UK "and the need to dissuade a possible Russian aggression with the threat of force is strengthened". Explaining that his goal is to "accelerate the modernization of the Army to strengthen NATO and prevent Russia from occupying other parts of Europe".

Obviously, Sanders' statements fall within the normal dialectic of a Power such as Great Britain. However, we would also like to hear similar utterances from our Chief of Defense Admiral Cavo Dragone. In an interview with a news from RAI, about two months ago, to a question from the journalist about the status of our FFAA in a crisis situation like the Ukrainian one, Cavo Dragone replied that "We would be ready". It seems to us the same answer that the then Prime Minister Conte (Conte bis) gave in January 2020 regarding a possible pandemic in Italy: "we are very ready".

It is certainly not new that aircraft of the Aerospace Forces of Moscow violate the airspace of the Scandinavian countries ....
1347
Read

Chinese soldiers will travel to Russia to participate in a series of joint exercises. To the maneuvers ...
16439
Read

It was known that Soviet, and later Russian, industrial and technological espionage (S&T) never really ...
14800
Read

Bangladesh appears to be dissatisfied with the quality of military supplies received from Beijing. China uses ...
6291
Read

Operation Breaking Dawn by the IDF in the Gaza Strip will continue until all the ...
7464
Read

With the eyes of the world on the Ukrainian war, it is often forgotten that there are other outbreaks ready to explode ...
7650
Read