Home Military world Huntington Ingalls in support of the build ... 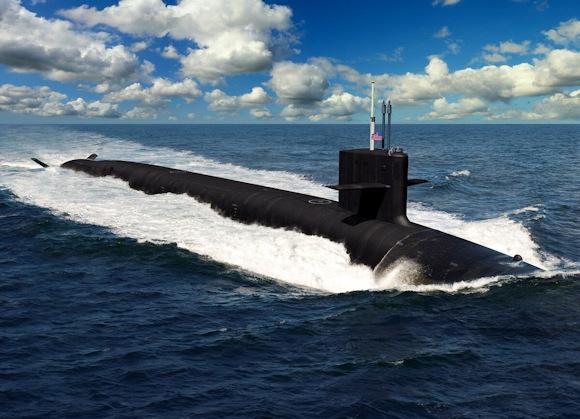 According to a press release published on November 23, 2020, Huntington Ingalls Industries shipyards announced that its Newport News Shipbuilding division has been awarded a contract modification from General Dynamics Electric Boat to support the construction of the first two class ballistic missile submarines. Columbia.

The contract amendment, valued at approximately $ 2,2 billion, provides continued efforts to support the design as well as the construction and delivery of six sections of modules for each of the first two class boats Columbia. As part of the contract, Newport News will deliver the completed forms to General Dynamics Electric Boat for final assembly. Contracted form delivery dates are expected to start in November 2022 with the last form delivery by January 2028.

"We are delighted to be a crucial contributor to the design and production of the Columbia class program.", said Charles Southall, vice president of the Columbia class construction program at Newport News. "This contract continues NNS's long-standing and strong commitment to US Navy subsea enterprises through the design and construction of the major modules and components required to achieve program goals.".

The US Navy's FY2021 budget presentation estimates the procurement cost of the first Columbia-class submarine at $ 14.393,4 million for the year, including $ 6.007,8 million in program development costs, which means the costs of detailed design / and non-recurring engineering (DD / NRE) for submarines of the class Columbia. The US Navy wants to get the second boat in the class, lo USS Wisconsin SSBN-827, in FY2024.

The design of the class Columbia includes 16 launch tubes for SLBMs, as opposed to 24 SLBM (submarine launched ballistic missile) tubes, currently limited to 20 are for SLBMs, on class SSBNs Ohio. Although the design of the class Columbia have fewer SLBM tubes than the class Ohio, is larger than its predecessor class in terms of tonnage. The class project Columbia, so, as first the class Ohio, will be the largest submarine ever built by the United States.

The British Royal Navy also planned to acquire a class submarine Columbia renaming it class Dreadnought. This submarine will be armed with eight missiles Trident D-5, half of the number of missiles that will be carried by the class Columbia. The modular design of the Common Missile Compartment (CMC) will accommodate this difference. In fact, the United Kingdom provided a large part of the funding for the design of the CMC, particularly in the initial funding.

Class submarines Columbia they will be powered by an electric propulsion system that includes an electric motor designed to direct the propulsion of the boat (Turbo Electric drive). In addition, a nuclear reactor will be used to produce the electricity needed to power the electric motor. The submarine will be able to navigate at a speed of 20 knots, thanks to the pump-jet, operating up to a depth of 250 m. 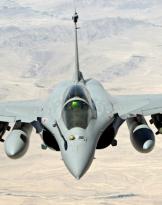 A few days ago, exactly on January 14, the Greek parliament gave the green light to the purchase of 18 ...
762
Read

When he was secretary of state, John Kerry had threatened Erdoğan to expel Turkey from NATO (despite not ...
1448
Read

During the last world war, the Italian state abandoned thousands of ascari (Eritrean fighters) who ...
3626
Read

In the 25 November 2019 incident, when a Tigre attack helicopter and a Puma transport helicopter collided ...
2307
Read

The head of naval operations, the adm. Mike Gilday and members of the United States Congress, during the Symposium ...
1775
Read

The Minister of the French Armed Forces, Florence Parly, stressed the importance for the Nation of being able to dispose ...
1999
Read

The French forces, framed in Operation Barkhane in Mali, allegedly killed civilians in the course of air raids ...
3192
Read