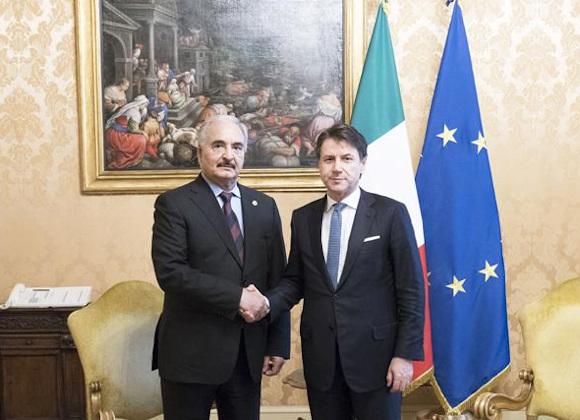 If we wanted to find the greatest similarities between Italian governments in recent decades, we would find that, as regards the kidnappings of Italians abroad, the common denominator was the payment of a ransom. In fact, from Prodi to Berlusconi up to Count bis we have always paid out money to get our fellow citizens back.

Also this time, I am referring to the arrest (or rather the kidnapping) of 18 Sicilian fishermen by the pseudo coast guard of Benghazi, a ransom will be paid.

Two weeks ago, two fishing boats that set sail from Mazara del Vallo were boarded by sailors from Cyrenaica 35 miles north of Benghazi, putting the crews under de facto arrest.

Initially it seemed to be the usual provocation, which would happily be resolved after a few hours. However, subsequently, men close to General Haftar began to air the hypothesis of an exchange with smugglers convicted of facts dating back to 2015 and detained in Italian prisons.

Second the strong man of Cyrenaica it is an unjust detention as in reality, the four smugglers sentenced to thirty years of imprisonment by the Supreme Court, would be mere players looking for a contract from an Italian football club.

The two fishing boats were caught because, according to the unrecognized authorities of Benghazi, they were carrying out illegal fishing activities within Libyan territorial waters. Since 2005, the then Gaddafi regime had claimed responsibility unilaterally the extension of territorial waters to 74 miles from the coast.

It seems clear that Haftar's insult is of a political nature, he probably wants to show his followers that he is still an important figure in the Libyan scenario, able to assert his reasons even against a foreign country.

The point is that the Italian government sees no alternative but to deal with Haftar, despite the blatant act of piracy, a priori excluding any other option, such as the use of military force.

When Ninth raiders arrived in Mogadishu in December 1992 - as part of the operation ...
6529
Read

As reported by the Ukrainian press during the visit to Kiev by the British Defense Secretary ...
1977
Read

Jordan boasts a large armored vehicle fleet, which, however, is strongly dated and despite reports ...
2230
Read

From the postwar period to today, the Italian Armed Forces, at least in the conventional components, have always adopted weapons ...
4122
Read

On 22 June 1897, the diamond jubilee of Queen Victoria was celebrated in London, the longest-lived sovereign that ...
4071
Read

The Royal Air Force's first Typhoon, serial number ZJ914, was recoloured at Coningsby RAF base with the ...
3357
Read

According to reports from many Asian media, Islamabad's top government spheres have leaked ...
2827
Read

According to Commodore Gabriel Eduardo Attis, commander of the Atlantic Naval Area and inspector of the ...
2712
Read

The negotiations between the Governments of Paris and Athens concerning the purchase by Polemiki Aeroporia of 18 aircraft of 4 ...
3285
Read 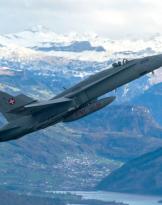 On 27 September, Swiss citizens will be called to the polls to decide on the purchase of a new aircraft ...
6021
Read