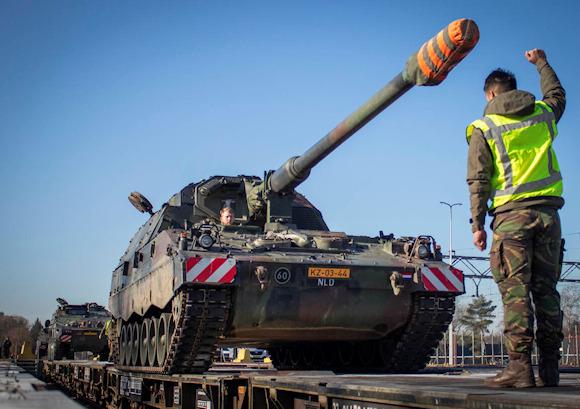 The supplies of military equipment by NATO and European countries to Ukrainian fighters continue in these days. As written several times, Kiev is asking for ever heavier armaments, so much so that Germany (initially very reluctant) and the Netherlands are training Ukrainian gunners in the use of PzH-2000 (photo) from 155/52 mm, that is we are talking about the most modern self-propelled artillery in the Alliance arsenals (and supplied to the Italian Army in 68 specimens).

The Netherlands also sent the Ukrainians YPR-765 IFVs (long since decommissioned by the Dutch Army), deriving from the M-113, with improved propulsion and protection.

How is Italy moving in this context?

As per Italian tradition, the usual ones have been adopted Byzantinisms: misleading information and classified weapons lists, just to keep the coalition going until September (i.e. when will i reach four and a half years of parliamentary term and therefore the guaranteed pension for many of the current parliamentarians). However the Italian public opinion must not be informed!

However, we can formulate "hypotheses". We exclude a priori the possibility of sending the PzH-2000s too. The German self-propelled vehicle was purchased by the Italian Army, as previously written, in 68 units at a unit cost of about 9 million euros, given the complexity and delicacy it requires a dedicated logistic chain: on average at the departments (three regiments ) only 40% would be ready for operational use. 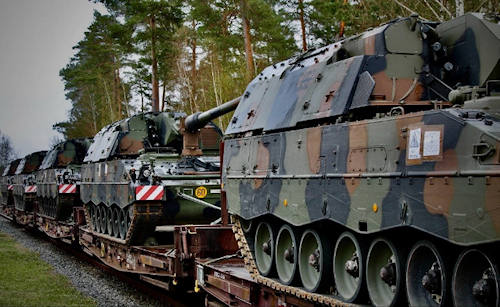 Furthermore, the crews to manage the vehicle as a whole with sufficient mastery require at least 2 months of theoretical and practical training.

In the version made in Italy, at the behest of the then managing director of OTO-Melara, the logistic management system of the tower had been redesigned and built in-house, therefore not interchangeable with that of the other armies users, just as the system is not. laser warning, the smoke launchers, the radio and intercom system.

From 2015 to 2017, 200 self-propelled artillery were overhauled M-109L 155/39 mm, intended for sale to Pakistan. Cause the veto, placed by the then Trump administration, as Islamabad was considered too close to the Taliban. Only about a hundred were delivered, the rest of the self-propelled vehicles remained in Italy.

The reason for the stop is due to the fact that the vehicular part and the tower are completely built in the USA. About 450 copies were sent to Italy in the 70s, they had been purchased by the Italian government and entrusted to OTO-Melara to install the 155/24 mm howitzer from Rheinmetall and then delivered to the Army as M-109G. Therefore Washington still maintains the right of veto regarding the sale to unwelcome countries.

The self-propelled vehicles left in Italy would be practically ready for use, available in large numbers, and would require much less time for staff training (spare parts for the vehicular part can be found easily and at almost realizable prices). 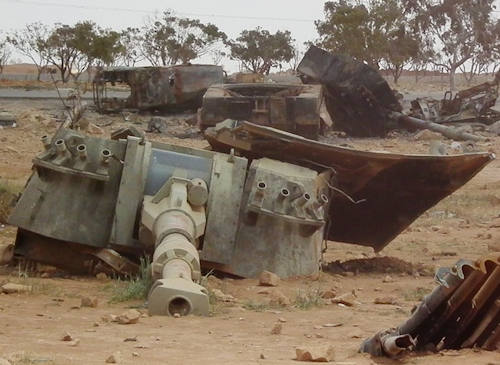 Currently, in Leonardo, the "restoration" of 10 self-propelled artillery is being evaluated palmaria which had been built in the 80s and were part of the 200 ordered by Libya (photo) but delivered in a few dozen specimens following the various embargoes decreed against the North African country. These vehicles are the result of a private development by OTO-Melara, using the hull of the MBT OF-40 and installing a 155/40 mm piece.

The self-propelled machines are relatively new but, after being parked for about 20 years outdoors, they would need at least a year of work before being able to function again.

Still in the field of artillery, it would seem that the third package (to be voted on in Parliament next Thursday) also includes howitzers / cannon FH-70 from 155/39 mm. It is an Anglo-Italian-German project dating back to the 70s. The Italian Army acquired about 160 pieces. In the following years, thanks to the end of the Cold War, the Italian single-tube artillery fell into oblivion and the FH-70 howitzers suffered slow wear, without earmarking funds for a replacement program.

It would also be included in the package UAV Falco by Leonardo, whose armed version, theGoshawk, had been proposed long ago to the Air Force (see article).

Returning to the means, maybe someone at Palazzo Baracchini will have aired the hypothesis of sending some busways to the Ukrainians Centaur I, also considering the upcoming entry into service of the new version, the heavy (and expensive) busway Centaur II. 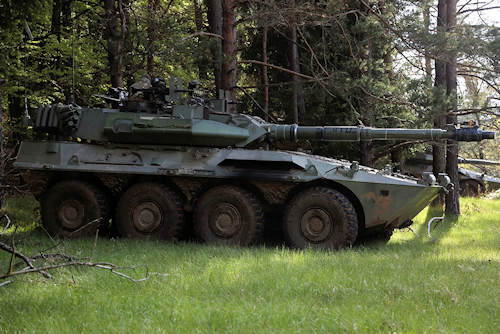 I Centaur, which still form the backbone of our Cavalry (9 regiments), can be drilled, even from long distances, laterally (in the front part the engine provides additional protection) by the Russian AP ammunition of 14,5x114 mm, used by machine guns heavy KPV. These bullets, unlike those used in Italy in tests (with a steel core), have a tungsten carbide ogive.

In addition, the heavy busways Centaur I (as indeed the Freccia), if used on soft ground (such as snowy and / or muddy ground), due to the high specific pressure and the modest height from the ground, they are extremely subject to "bulging" (ie remaining with the "belly" of the vehicle resting on the mud / snow, with the wheels spinning idle).

The hypothesis of providing troop transports such as the M-113, VCC-1 e VCC-2, currently "parked" in Lenta (the disposal of these vehicles, according to the regulations in force, constitutes a considerable cost). Given the simplicity of the vehicles in question, it should not be too expensive to restore them - even a large number - in a relatively short time.

The director of the Kredmash mechanical plant in Kremenchuk would have confirmed (source Komsomol'skaja Pravda) that ...
1548
Read

On June 6, with two separate ceremonies at the Fort Wainwright and Elmendorf-Richardson bases, she was reactivated in ...
7673
Read

For a long time, Difesa Online has emphasized the importance of acquiring (and maintaining) artillery pieces, monotube and ...
21395
Read

British Army Chief of Staff Sir Patrick Sanders says the invasion of Ukraine by the ...
11340
Read

During the last world war the Panzerkampfwagen V Panther, having solved the initial mechanical problems, was ...
26679
Read

The conflict in Ukraine has "distracted" the magazine in recent months from continuing to deal with issues relating to the ...
7154
Read