Home Military world Guerini sends arms to the Ukrainians, but our ... 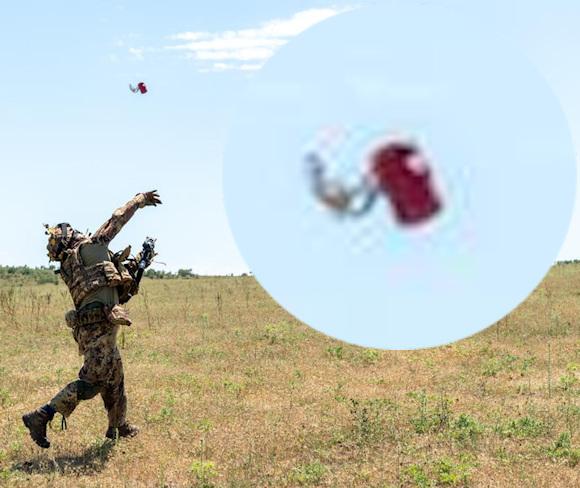 The Alpine Brigade Taurinense has concluded in recent days, at the Monte Romano shooting range, an intense training exercise, which involved 330 Alpine troops, supported by AvEs helicopters, of the tactical information brigade and from the 11th broadcasting regiment.

In two weeks of exercises, the military conducted tactical activities with the aim of consolidating capabilities combat in high intensity scenarios, both day and night.

Given the international situation, it is certainly a good thing that our departments carry out similar activities. However, in the course of the exercise, we still see the use of the ancient ones SRCM (Roman Mechanical Construction Company) mod. 1935.

Whether the activities are to be finalized "at the maximum realism" (as reported in Army communiqué), in order to train the soldiers in the best possible way, the use of a hand grenade dating back to the mid-30s of the last century (and even then not very functional and "working"!) appears very paradoxical (ridiculous, ndd).

The SRCM is a percussion device, with only 42 grams of TNT which, if launched on soft surfaces (sandy, muddy or snowy), has a high percentage of failure to explode.

We send weapons to the Ukrainians (with classified lists ...) to continue fighting against the Russians but we are unable to replace a hand grenade that entered service in Royal Army nearly ninety years ago.

To be fair, there have been some attempts by the Armed Force. In the 80s, attempts were made to adopt the O / D-82 but after several incidents (the problems were not solved even with the O / D-82SE model), it was decided to give them up.

In the last decade, the production of the MF-2000.

On 22 December 2016, a 23-year-old worker was involved in an explosion while she was assembling an MF-2000 at the Army plant in Baiano di Spoleto. Following the accident she the young woman lost her sight and was scarred on the face.

The story has brought to light "commissive and omissive" conduct in the assembly of military devices and the danger for that type of hand grenade (an entire game ended up under seizure). the prosecutor of Spoleto, Alessandro Cannevale, closed the investigation in March 2019, indicting nine people (two soldiers and seven civilians) for very serious and aggravated negligent injuries. The first hearing will be held at December 2022 (we will update you on developments).

Pending the clarification of the unreliability or otherwise of the MF-2000, it would have been appropriate for SME to proceed with the purchase of a batch of foreign hand grenades.

For example, Diehl of Germany produces the HGR DM51, a defensive bomb filled with 6.500 steel balls with a diameter of 2 mm (100.000 have already been supplied to the Ukrainians). Or the Alhambra Spanish, which the MF-2000 is inspired by in its conformation. The Swiss, on the other hand, produce the HG85, a spherical hand grenade filled with 155 grams of TNT, also adopted by the British Army.

In short, there would be spoiled for choice.

We advise our Minister of Defense, as he likes to hang out with Anglo-Saxons (yesterday he was present at the jubilee party of Queen Elizabeth II, at the residence of Ambassador Edward Llewellyn), di take an example from them as regards the equipment intended for its own military.

The director of the Kredmash mechanical plant in Kremenchuk would have confirmed (source Komsomol'skaja Pravda) that ...
753
Read

On June 6, with two separate ceremonies at the Fort Wainwright and Elmendorf-Richardson bases, she was reactivated in ...
7463
Read

For a long time, Difesa Online has emphasized the importance of acquiring (and maintaining) artillery pieces, monotube and ...
21330
Read

British Army Chief of Staff Sir Patrick Sanders says the invasion of Ukraine by the ...
11277
Read

During the last world war the Panzerkampfwagen V Panther, having solved the initial mechanical problems, was ...
26639
Read

The conflict in Ukraine has "distracted" the magazine in recent months from continuing to deal with issues relating to the ...
7145
Read

A few weeks ago we mentioned how serious games (and among them war games) can help to understand ...
1924
Read