Goodbye Afghanistan: the role of the ITA-JFHQ command 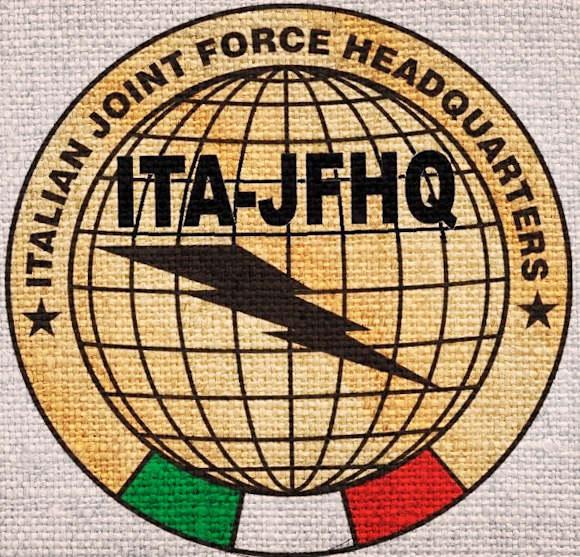 After twenty years of presence in the Central Asian country, the Western powers are evacuating the diplomatic personnel present in Kabul.

The Afghan capital is in fact in the hands of the Koranic guerrillas who, in recent weeks, have regained control of the country's major cities - including Herat, where the Italian contingent was deployed a few weeks ago - even before the withdrawal of US forces, originally scheduled for August 31st.

By midnight on Sunday, August 15, all American personnel should have left the Kabul embassy.

The answer: they escaped!

As for the Italian diplomatic personnel present in the Afghan capital, who is entrusted with the evacuation operation of our compatriots?

There is a command, at the disposal of the Chief of Defense Staff, which has not been talked about and is not talked about "too much" publicly: theITA-JFHQ, in the main tasks of which there is precisely the planning and execution of evacuation missions of Italian citizens in crisis areas (NEO: Non-Combatant Evacuation Operation).

Let's see what it is.

THEItalian Joint Force Headquarters (ITA-JFHQ) is a brigade-level joint force command, permanently activated (about 30 units) with very high operational readiness (entry into the theater of the first elements within 24 hours of receiving the order), available to the Interoperable Summit Operations Command (COVI). It can satisfy a wide range of operational needs of the Chief of Defense thanks to a flexible and streamlined organizational structure, but also the ability to operate in configuration sea-based, and employing JRRF tank trim (Joint Rapid Reaction Force). 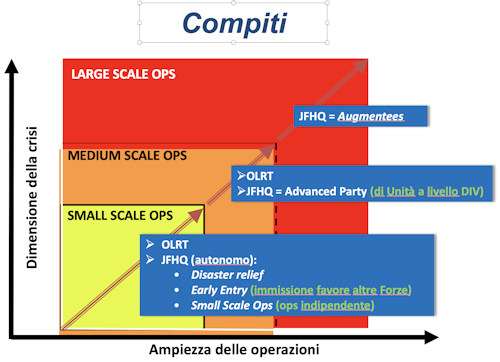 Among the main tasks, those of planning and conducting operations:

It also has the possibility of:

This is the command, for example, which was entrusted with the delicate opening of the operational theater in Misurata (Mission Hippocrates, Libya), in 2016. The same goes for Niger, in 2018 (MISIN, Niamey).

It was always this command from which the planning and conduct of numerous missions for the evacuation of our compatriots abroad started, an activity that was always suitably coordinated between COI and the Ministry of Foreign Affairs and International Cooperation. To name but a few: NEO (Non-combatant Evacuation Operations) in Libya and Ivory Coast in 2011, South Sudan in 2013, again Libya in 2014 and 2015, Nepal in 2015.

And it is worth remembering that just when General Portolano held the role of head of operations of the IOC, in 2013, the JFHQ (under General Boni) was activated for a very long series of reconnaissance in Lebanon, necessary for the planning of a possible extraction of Italian citizens present in the country if the civil war that was raging in Syria was somehow overflowed in Lebanon.

It is certainly not the Taliban's intentions to hinder the escape of Westerners from Afghanistan. Therefore, they will allow the exfiltration operations, from the Kabul airport, to take place as quickly as possible, in order to avoid the reaction of the American forces sent to support the evacuation of compatriots.

The question of rescuing the interpreters will concern only those who, at present, are present in Kabul.

After the decommissioning of the M551 Sheridan tank, which took place in the mid-90s of the last century, the US Army ...
12772
Read

The director of the Kredmash mechanical plant in Kremenchuk would have confirmed (source Komsomol'skaja Pravda) that ...
6308
Read

On June 6, with two separate ceremonies at the Fort Wainwright and Elmendorf-Richardson bases, she was reactivated in ...
8523
Read

For a long time, Difesa Online has emphasized the importance of acquiring (and maintaining) artillery pieces, monotube and ...
22068
Read

British Army Chief of Staff Sir Patrick Sanders says the invasion of Ukraine by the ...
12077
Read

During the last world war the Panzerkampfwagen V Panther, having solved the initial mechanical problems, was ...
27215
Read

The conflict in Ukraine has "distracted" the magazine in recent months from continuing to deal with issues relating to the ...
7251
Read