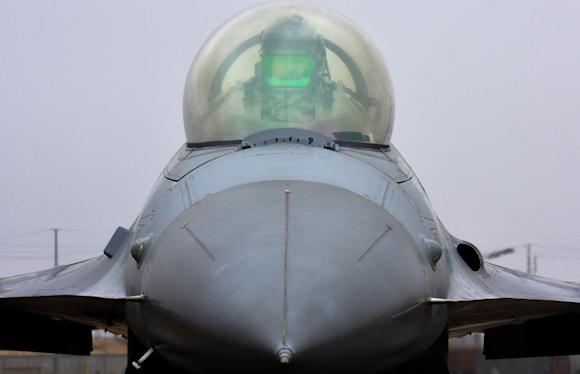 Since the beginning ofSpecial Operation the Kiev Air Force suffered heavy casualties. It would seem that the Russians have managed to destroy, so far, 146 aircraft, (including Mig-29, Su-27, Su-25 and Su-24), 112 helicopters and 690 UAVs of various types, including those shot down in flight and destroyed ashore (data from the Moscow Ministry of Defense).

For the past two months, Washington has asked some NATO countries to deliver the fighter planes inherited from the Soviet period, in particular the MiG-29, to Ukraine. Poland and Slovakia are willing to make such a gesture ... but on condition that they can replace the "donated" aircraft: it is clear that such a solution would quickly strengthen the Ukrainian air force, given that they are already known machines.

However, Kiev wants other types of combat aircraft, possibly US-made.

“We need more fighter jets to fight our enemies in the air. The American F-16C / D, F-15C / E even F / A-18E / F aircraft would allow us to tip the scales on our side. We have a plan to retrain our pilots and technical staff as soon as possible. In order for us to master such devices quickly, a decision must be made now, before it is too late i ”, the Ukrainian Air Force said in a tweet, echoing a request made last week by General Serhii Drozdov, his former chief of staff. 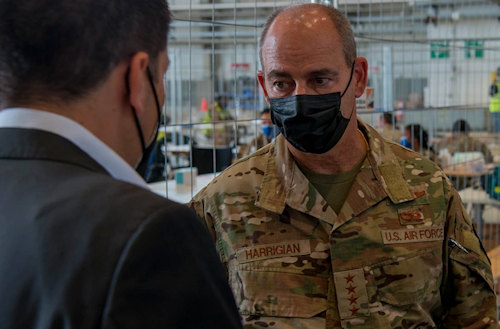 Despite these needs, it seems rather unlikely to train Ukrainian pilots in a short time to fly and fight with Western aircraft. In fact, in May 2020, during the publication of his strategic plan in which he expressed the desire to modernize his fighter aviation according to Western standards, the military leaders of Kiev had estimated that they would have to carry out, for at least two years, "tests and operational assessments "in order to" study the forms and methods of use and the organization of personnel training "before the acquisition of new (perhaps American-made) combat aircraft.

So, despite raising the possibility of supplying F-16s to Ukraine, General Jeffrey L. Harrigian (photo), commander of the US Air Forces in Europe, estimated that this could not happen in the short term. "Collectively, we need to understand what Ukrainians are asking for and find a way to get it quickly."he told Air Force Magazine. But, adding that "It's not enough to give someone an F-16 and wish them luck".

Furthermore, it will be necessary to see how much more will remain of the Ukrainian Air Force.

As previously written, among the supplies of armaments sent by the Italian government, there are also howitzers / ...
5416
Read

To circumvent the limitations imposed by Congress, the Biden Administration employs its allies to provide ...
16929
Read

No war can be interpreted and explained through the "absolute" and necessarily abstracting lenses of ...
3471
Read

If it weren't serious, it would even be comical. People don't realize the significance and implications that ...
15744
Read

Reuters reports that the United States will provide Ukrainians with long-range anti-ship missiles. If that were to ...
44284
Read

One of the modern fields of study related to learning is the one known as "serious games". Let's start right away ...
2221
Read

Last month we witnessed the sinking of one or more Ukrainian Neptune anti-ship missiles in the Black Sea ...
36775
Read

The Russian Airborne Forces (Vozdushno-Desantnye Voyska rossii - VDV) - like the vaunted Spetsnaz, by the way ...
28672
Read

The supplies of military equipment by NATO and European countries to fighters continue in these days ...
25140
Read

The surprise attack of Bilohorivka will remain in the history of the Russian aggression war on Ukraine on the list ...
51421
Read