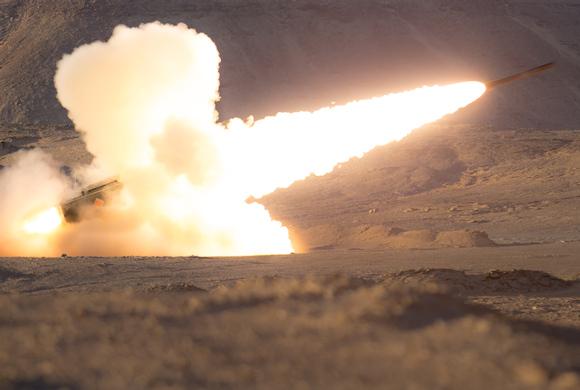 The Biden Administration continues to supply the Ukrainians with artillery. After the 155 mm M-777 howitzers and, news of the last few hours, the 109/7 mm M-155A39 self-propelled ones, it would seem that the 142 mm M-227 HIMARS rocket launchers are also on the way.

The HIMARS (High Mobility Artillery Rocket System) are the result of a program, by Lockheed Martin, started in 1996. The project envisaged the creation of a highly projectable rotated multiple artillery rocket launcher, which was at the same time equipped with fast recharging and battery charging times, moreover it had to be able to be transported by the C-130 Hercules.

The system also had to have strong “fire and move” capabilities, in order to allow the vehicle to quickly escape any counter-battery fire.

HIMARS was intended for use during the early stages of a conflict, in order to equip forces (Early Entry Contingency) of its own multi-tube artillery system that was lighter - and therefore more projectable - than the M-270 MLRS tracked rocket launcher.

The crew is made up of three elements: foreman, servant and pilot. However, HIMARS can also operate with a single gunner, as the system makes extensive use of automation and computerization. 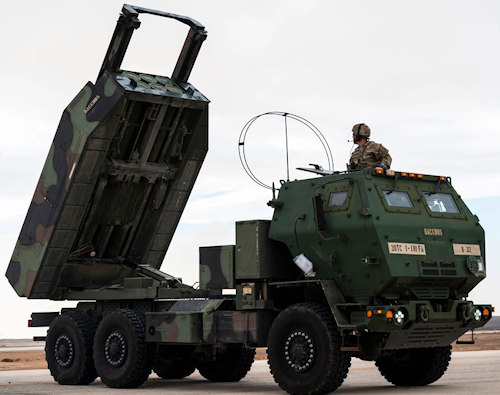 Probably the Americans, along with the HIMARS, will also send the GMLRS guided rockets. It is an inertial guided rocket with a high range of 70 km (also supplied to the Italian Army), equipped with GPS and front canard fins to improve accuracy in the final phase.

There is also a version capable of launching ATACMS long-range guided missiles. The version Block 1 of this weapon is capable of carrying 950 M-74 submunitions (anti-personnel and anti-material), with a maximum range of 165 km. While the version Block 1 adopts a GPS guidance system, with a reduced warhead compared to the previous version (300 submunitions) but with a maximum range of 300 km.

The entire ATACMS launch sequence can be done in 16 seconds. Two modes of use are possible: in the first, the battery command transmits the coordinates of the selected target to the single system, whose on-board computer processes the acquired data and provides the launch attitude parameters to the crew, which at this point it can fire an entire salvo (six rockets) or a selected number of rockets. In the second, it is already possible to previously program a sequence of various fire salvos, for which the calculator provides the alignment data every time the HIMARS is reloaded.

We do not know if in the coming weeks the Ukrainians will also receive ATACMS missiles but, given the sgrowing oath of American supplies, we certainly could not rule it out.

For a long time, Difesa Online has emphasized the importance of acquiring (and maintaining) artillery pieces, monotube and ...
14292
Read

British Army Chief of Staff Sir Patrick Sanders says the invasion of Ukraine by the ...
8551
Read

During the last world war the Panzerkampfwagen V Panther, having solved the initial mechanical problems, was ...
25737
Read

The conflict in Ukraine has "distracted" the magazine in recent months from continuing to deal with issues relating to the ...
6923
Read

A few weeks ago we mentioned how serious games (and among them war games) can help to understand ...
1836
Read