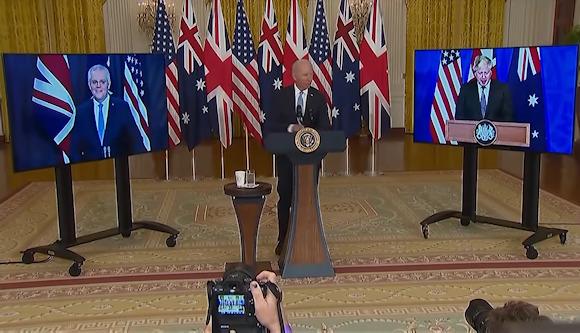 The Australian Prime Minister, Scott Morrison, is expected to announce, shortly, the abandonment of the contract awarded to Naval Group, for the acquisition of 12 submarines Barracuda (an anaerobically powered version of the class Suffren) in favor of the acquisition of nuclear attack submarines, as part of a closer strategic partnership in the Pacific with the United States and the United Kingdom.

This decision could be the result of media attacks, to which the Canberra government has been subjected for months, carried out by pressure groups created by businessman Gary Johnston who has constantly criticized the contract awarded to the French Naval Group. Johnston has been the spokesperson for "Australian citizens worried about the Future Submarine Program, and therefore declares himself in favor of a plan B, passing through a solution ad interim based on the purchase of submarines from the Swedish Kockums in order to subsequently equip the Australian Navy with nuclear-powered attack submarines ”. He also added that "if the government is willing to continue to deploy submarines [...] together with the United States Navy, the duty of the nation to the men and women of the Australian Defense Force implies that we must move forward with the difficult process of acquiring nuclear-powered boats ”. 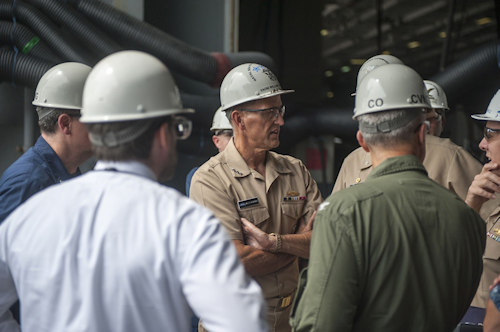 One of the reasons given to explain this important turn of events is that Australia must adapt to the evolution of the geopolitical situation (linked to the continuous development of Chinese naval capabilities).

Australian network ABC has announced that the new nuclear attack submarine acquisition program for RAN is expected to be overseen by former US Admiral William Hilarides (photo). He also added that, on September 14, Prime Minister Morrison tried in vain to contact President Macron to inform him of the new situation.

Australia has no nuclear power plants, either know-how in the field. So Canberra will have to rely completely on the Americans to be able to develop projects related to the construction of nuclear-powered boats.

A nuclear-powered submarine, although less silent than a conventional one, offers far superior attack and surveillance capabilities.

For a long time, Difesa Online has emphasized the importance of acquiring (and maintaining) artillery pieces, monotube and ...
2284
Read

British Army Chief of Staff Sir Patrick Sanders says the invasion of Ukraine by the ...
6291
Read

During the last world war the Panzerkampfwagen V Panther, having solved the initial mechanical problems, was ...
25044
Read

The conflict in Ukraine has "distracted" the magazine in recent months from continuing to deal with issues relating to the ...
6802
Read

A few weeks ago we mentioned how serious games (and among them war games) can help to understand ...
1772
Read