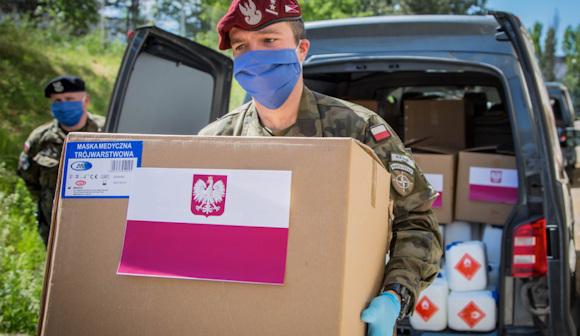 The challenges to security, as well as social, economic and political stability, brought about by the COVID-19 crisis, have demonstrated how the threats to "biosecurity" are too massive to be managed by a single nation. NATO is playing an important role in supporting member countries during this crisis, although allied states could and should find consensus to do more, for the coming crises that will come.

From our last article on the issue more than a month ago, NATO has steadily increased its aid. Various Alliance countries have requested the intervention of theAtlantic Disaster Response Coordination Center, the main NATO disaster response mechanism. Other aids that the Center has distributed include test kits, protective medical equipment, medical personnel, equipment etc. The member countries helped each other by showing a spirit of solidarity. For example, Turkey and the Czech Republic have transported medical material to Italy and Spain. Recently the Montenegro received medical supplies with Dutch air transport. And not only among member states but also outside the Alliance, NATO countries have transported necessary materials. Poland for example, which participates in the NATO Foza in Kosovo (KFOR), has donato sanitary protective equipment in Kosovo, taking them with a CASA C-295 transport plane, including 50,000 masks and 1000 of disinfectant. 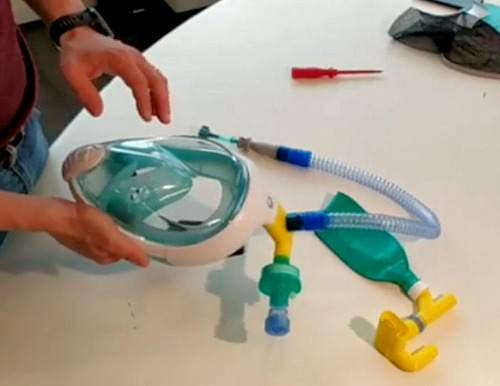 A few days ago it was also the news that NATO gave its availability to the UN office for the Coordination of Humanitarian Affairs (OCHA) for the urgent transport of medical and humanitarian material, with the immediate offer of Great Britain but also Qatar, a NATO partner country. NATO has also helped with the production of new medical materials, demonstrating ingenuity and innovation. TO Taranto for example, a NATO Support and Procurement Agency (NSPA) team in collaboration with a start-up Italiana, ISINNOVA, has started to produce 25 fan connectors (photos), created with 3D-printingby converting snorkelling masks into oxygen masks, and donating them to the Italian Civil Protection. In Italy then there is the NATO Rapid Deployable Corps (the NATO Rapid Reaction Army Corps) a multinational command established in 2001, which in the crisis dealt with distributing the medical protective devices where they were most needed, being also strategically positioned near the Milan airport.

In short, many things have been done but evidently, given the results of the emergency with nations that have found themselves unprepared, not enough and not fast enough, or completely and fairly. In fact, the distribution of aid should have better coordination and planning, to ensure greater aid and also equanimity and equality of treatment, helping above all where there is the greatest need. The NATO Support and Supply Agency (NSPA) for example, working closely with the Luxembourg army, has led the construction approximately 1200 m² of field hospital tents in Luxembourg, where it has its main office. But the Luxembourg NSPA could have helped Italy and Spain in the first place if the agency had more means and operated more proactively, for example by offering a number of field hospitals to each state for these emergencies . Improving the efficiency and effectiveness of the Alliance obviously depends on the consent of the member states, it is a political decision, but also on the NATO mandate that should expand in the future to understand these new threats, and new domains, as we have already commented on this header. 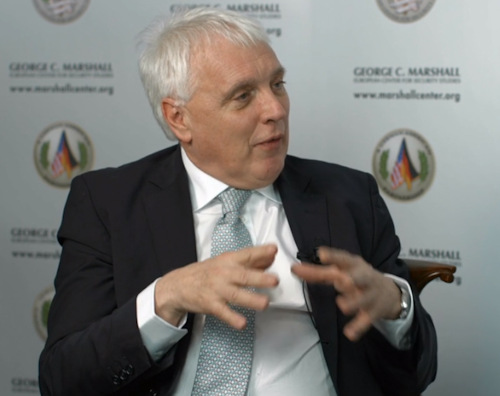 How did it ditto Former Deputy Secretary General for Emerging Challenges to NATO, Jamie Shea (photo), future biosecurity crises will not be easy, because NATO should simultaneously defend all 30 of its equally affected member states. But precisely for this reason, the Foreign and Defense Ministers of the Alliance countries, starting from our Ministers representing one of the most affected states, should use this opportunity from the crisis to immediately propose this new area of ​​biosecurity, where NATO can contribute. , considering it a priority with defense rules on par with those of nuclear or conventional defense. In addition, Ministers should make themselves aware of requests for increased capacity and infrastructure in this field, and above all new procedures to make NATO act proactively rather than reactively, offering specific aid to each member country, rather than waiting for nations apply, activating bureaucratic procedures that require long times and uncertain results. This would also help the Alliance defend itself against "Propaganda raids" from third countries, as we have seen with Russia and China, which brought aid in the early periods of the crisis, when NATO was still not activated quickly, also with the aim of dividing the Alliance itself, fragmenting its solidarity.

But the main point is that the collective defense of the Alliance, rather than protecting only the external borders, must be reinterpreted to also mean solidarity for internal stability and resilience, that is, to become "collective security". And collective security must also include biological threats (as has already been done for cyber threats since Brussels Summit two years ago) not necessarily with pre-established attacks, exactly like this COVID-19 crisis, which affect society and the civilian world, more than the military one. Collective security also means social stability and security from social threats, such as mass migration which in the coming decades could come from the southern region, with a continent that is about to explode demographically (from 1.2 to 4 billion of people by the end of the century, UN estimates). This is an important step in adapting the Alliance to the complex challenges of the XNUMXst century: transforming itself into a collective security alliance, as well as collective defense.

The Turkish government's decision to make the Hagia Sophia a mosque is part of the process of ...
2551
Read

The US Navy reported a "terrible tragedy aboard the USS Bonhomme Richard (LHD 6) when a fire broke out ...
3753
Read

On March 2018, XNUMX, the President of the Russian Federation Vladimir Putin, during his speech on the state of ...
4214
Read

Trump's recent ban on Chinese students from American universities1 was born from far away, and is the son of ...
2954
Read

After the blocking of parliamentary work due to COVID-19, the Government presented the annual resolution on the ...
7624
Read

2020 will perhaps be remembered as the year of the change of the national strategy: from a purely defensive posture the ...
2418
Read

According to the Chinese Academy of Military Sciences, the national naval strategy must have the primary objective of ...
5083
Read

After a week of relative calm in Libya, fighting has resumed in the Sirte area between government forces ...
1952
Read