Home Military world Focus on the Armed Forces of Yerevan

Focus on the Armed Forces of Yerevan 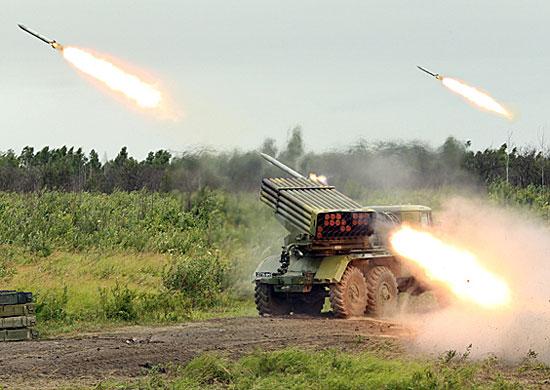 In light of the new confrontation in the Nagorno-Karabakh region between the Armenian and Azerbaijani armed forces, we focus on the equipment supplied to the Yerevan military.

The terrestrial component on the front line sees the presence of a few dozen T-90S tanks (1 won at Tank Biathlon 2014 and a variable number between 10 and 30 delivered after the Four Day War under the CSTO treaty with Russia), just under five hundred of T-72s in various versions (A, AV, B) which will all be brought to the B3 standard, twenty T-80 tanks used in the role of aggressor in order to simulate the T-90s and Lion Azerbaijanis and about fifty upgraded BMP-2 infantry fighting vehicles in Russia. To these are added vehicles of Soviet heritage such as: ninety BMP-1 (in the P, K and BRM-1K versions), 120 BRDM-2 including tank destroyer versions, a hundred BTR-80s and as many MT-LBs.

Traditional artillery, except for the few dozen 2S1s Gvozdika 122mm and 2S3 Akatsiya of 152 in addition to about twenty guns Giatsint-B, consists of hotwizers and field guns designed during the Great Patriotic War. On the contrary, the component of the multiple rocket launchers (MLRS) is advanced and well equipped, in addition to the traditional BM-21 City 122mm, of a dozen BM-30s Smerch 300mm, half a dozen TOS-1A equipped with 220mm thermobaric bombs. In addition to these systems, there are also some 80mm Norinco WM-273s and the local N-2 armed with TB-1 indigenous thermobaric missiles. Finally, a dozen BM-27s should also be in inventory Uragan 220mm, purchased second-hand from Moldova, and six 1mm Norinco AR-300As (Chinese derivative of the Russian BM-30). 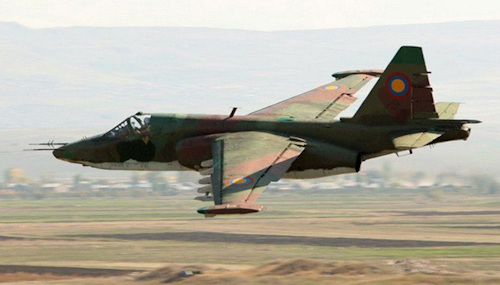 The Armenian armed forces also have OTR-21 type short-range ballistic missiles Tochka, SCUD-B and the more modern 9K720s Iskander armed, however, with conventional warheads, while the anti-aircraft defense is undergoing transformation and is seeing the entry into service of batteries of modern short-range systems such as: Tor-M2KM, BUK-M1-2 and long-range Kub- M3 and S-300 in PS and PT-1 versions. There are also electronic warfare vehicles Infauna on BTR-80 hull and Kraz 6x6 truck-based jamming station flanked by some locally modernized Soviet R-330P systems. Finally, the local industry has developed some models of reconnaissance UAVs from the little ones Bazé to the greatest and most capable Krunk and X-55 to which is added the HRESH guided ammunition derived from the Serbian missile ALAS and with warhead up to 1.6kg of explosives.

The Armenian Air Force, albeit small in size, is equipping itself with 12 Sukhoi Su-30SMs (4 already in flight line) and updating the entire fleet of 14 Su 25 Frogfoot to the latest SM3 version. In addition to the first combat line, there are also three Il-76 transport aircraft Candid, some old L-39 trainers and a rotary wing component on 15 Mi-8/17 utility helicopters and as many Mi-24/35 attack helicopters.

The Armenian armed forces are assisted in the clashes against the Baku forces by the Defense Forces of Nagorno-Karabakh, the latter are equipped with about three hundred tanks, mainly T-72, and a variable number between two hundred and four hundred both for with regard to artillery pieces and armored vehicles, in addition to these vehicles are also added WM-80 multiple rocket launchers and SCUD-B ballistic missiles. The Nagorno-Karabakh Defense Forces also have a small air force equipped with a pair of Su-25s, some Mil 8 and Mil 24 helicopters and, finally, four UAVs Krunk.

Asphalt paving of the capitoline streets and garbage are among the most recent organizational emergencies where - without embarrassment ...
1016
Read

According to a press release from the Nerpa shipyard in Snežnogorsk, later confirmed by TASS, to ...
1376
Read

Despite continuing with the update program of the Aries tank, the Army General Staff arises ...
6531
Read

On 15 October the first fleet of 18 ACVs (the amphibious armored vehicle produced by BAE Systems in ...
9739
Read

Egypt would have signed, in August, for the sum of 1,2 billion euros, the order for two multi-mission frigates (...
9133
Read