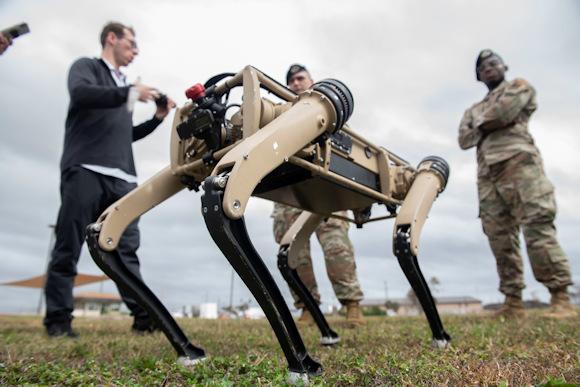 On 10 November, a semi-autonomous UGV (Unmanned Ground Vehicle) was tested by the 325th Security Forces Squadron at the USAF's Tyndall base in Florida. The peculiarity of the program is that the UGV has the appearance of a dog. Since ancient times, these animals have helped man in military activities, including guarding camps.

Over the past year, Tyndall Air Force Base and the 325ᵗʰ Security Forces Squadron have collaborated with the Ghost Robotics to develop a system capable of implementing base security. The installation in Florida will be one of the first USAF bases to use “semi-autonomous robot dogs” to support the personnel in charge of security.

During the tests, the UGVs demonstrated their skills in front of Major General Tom Wilcox, commander of the Air Force Installation and Mission Support Center.

To underline the fact that, even if these UGVs have the appearance of canids, they will not completely replace them. 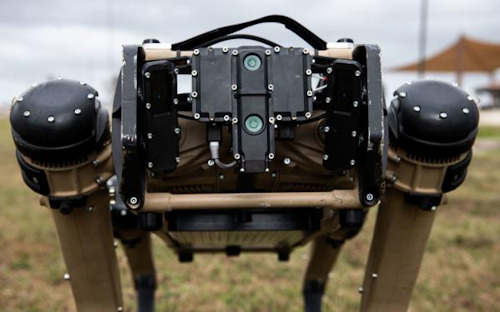 Their optimal use is in perimeter patrolling activities, thus freeing other human resources for jobs that require a physical presence.

"These robot dogs will be used as force multipliers for increased situational awareness by patrolling areas that are not accessible to humans and vehicles", said the commander of 325ᵗʰ Security Forces Squadron.

“We will be able to see exactly what the robot dog is detecting through its mobile camera and sensor platform if it so desires, we will also be able to issue verbal commands to a person or people through a transmitter connected to the robots. They will be a further addition of eyes and ears and, at the same time, they will process a large amount of data concerning the strategic points of Tyndall Air Force Base ".

The Italian Army is also taking significant steps in this direction, launching the project in 2019 Prometheus, aimed at rationalizing innovation and long-term capacity development activities. 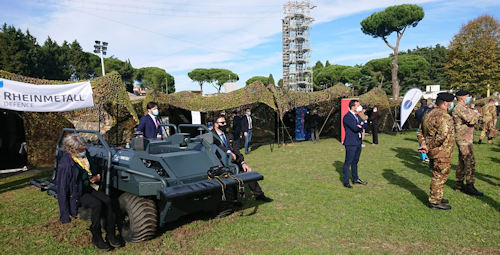 In this regard, it took place from 27 to 29 October 2020 (video below), at the Cesano Infantry School, la Capability Spotlight on Robotics and Autonomous Systems (RAS). This activity involved 18 industries, universities and research centers (including Leonardo, Rehinmetall, Qinteq, the Universities of Udine and Padua, the Polytechnic of Bari and NATO Modelling & Simulation Center of Excellence)

In addition, the Dynamic Display, during which the concept of operation was developed warfighting in a degraded urban context with outlook post 2035 which made it possible to derive the preliminary results from the integration human-machine and to highlight the opportunities deriving from this synergy.

The goal is to exploit technologies in the field of systems unmanned to integrate them with software of artificial intelligence in a digitized network.

The fast multi-role vessel Project 02510 entered service on November 24 with the Baltic Fleet of the ...
1550
Read

The IRINI mission - launched last year by the European Union to support the UN embargo, aimed at blocking the ...
2626
Read

The hull of the icebreaker ship Evpatiy Kolovrat, the class leader of Project 21180M, was set up at Almaz ...
763
Read

Only 5 years ago the Turkish press was promoting the new ALTAY national battle tank as the most modern MBT in existence ...
3338
Read

According to a press release released on November 23, 2020, Huntington Ingalls Industries Shipyards have ...
911
Read

After 48 years to protect the skies of Japan on November 20 they were officially withdrawn from service ...
1421
Read 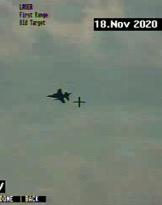 Exercise Niriis-2020: the Hellenic Navy together with NATO SNMG-2 south of Crete

Between 17 and 19 November units of the Πολεμικό Ναυτικό (Greek "warship", ed) and the NATO Standing Naval ...
1252
Read