Home Military world Falcon Strike: the F-35s with the star of D ... 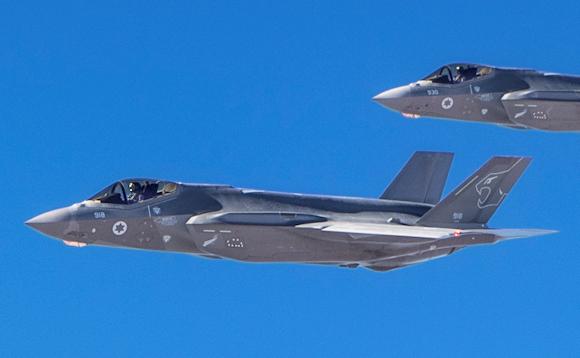 The exercise will be held in Italy from 7 to 15 June Falcon Strike 2021, the peculiarity of this year will be the presence of the F-35s Adir of the Israeli Air Force, on their first deployment abroad (at least not on a war mission).

In the southern Mediterranean there is a battle group formed around the British aircraft carrier HMS Queen Elizabeth, which will embark the F-35Bs of the RAF and the United States Marine Corps, while the Italian Air Force will deploy the F-35As of the 32nd wing of Amendola. In addition to the Lockheed Martin aircraft, the USAF F-16Ds will participate in the exercise that will oppose the Typhoon and the AMX of the AM.

In addition to the six F-35s Adir, the Israeli Air Force also sent a surveillance plane to Amendola Eitam and a Boeing KC-707 re'em for in-flight refueling. This type of mission will also be carried out by a British A330 MRTT as well as an Italian KC-130J and KC-767.

The purpose of Falcon Strike 2021 is to optimize the integration between 4th and 5th generation aircraft ", strengthen their interoperability and increase the level of cooperation in relation to the logistics of the F-35.

However, for Israelis, this exercise has a very specific purpose. In fact, according to what is written by the newspaper "Times of Israel", Falcon Strike it would have the task of training Israeli pilots to use the F-35 to the best of their abilities Adir against the Iranian forces.

Last January, the IDF chief of staff, General Kochavi, said that new operational plans were in preparation to permanently stop Tehran's nuclear program. "The decision will obviously be up to the politicians, however it is absolutely necessary that these plans are ready", he added.

The Jerusalem F-35s will conduct actions of strike in depth, operating in non-permissive contexts, in order to test the preparation of the pilots (as well as the ability of the F-35s) to violate bubbles A2 / AD.

The director of the Kredmash mechanical plant in Kremenchuk would have confirmed (source Komsomol'skaja Pravda) that ...
2547
Read

On June 6, with two separate ceremonies at the Fort Wainwright and Elmendorf-Richardson bases, she was reactivated in ...
7793
Read

For a long time, Difesa Online has emphasized the importance of acquiring (and maintaining) artillery pieces, monotube and ...
21431
Read

British Army Chief of Staff Sir Patrick Sanders says the invasion of Ukraine by the ...
11375
Read

During the last world war the Panzerkampfwagen V Panther, having solved the initial mechanical problems, was ...
26702
Read

The conflict in Ukraine has "distracted" the magazine in recent months from continuing to deal with issues relating to the ...
7161
Read