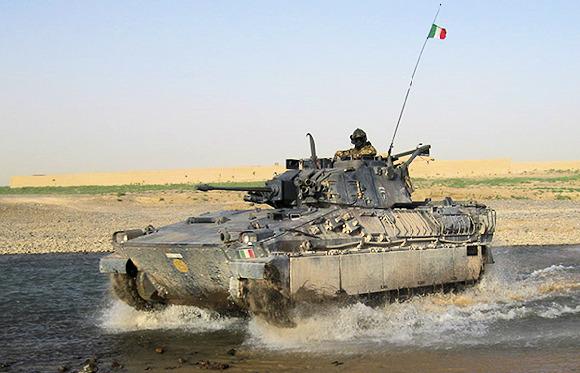 With the end of the Cold War, the Italian Defense began to dismantle the armored / mechanized units of the Army, as an invasion by the Warsaw Pact, passing through the Gorizia Threshold, was now averted.

The new unipolar decade (the 90s of the last century) would have engaged the Italian Armed Forces in missions of peacekeeping (both in Somalia and in the Balkans M-60 and Leopard 1A5), with the prevalent use of Light and Medium units.

Therefore, simultaneously with the dismantling of the Heavy units, the Italian Army has proceeded, in the last twenty years, to the creation of new Light and Medium units (the latter on busway B1 Centaur 8x8 and medium armored vehicle Arrow 8x8), reorganizing some existing ones and creating them ex new.

Great impetus was given to the implementation of special forces. In the second half of the 90s the Alpine Paratroopers Company Monte Cervino was elevated to the rank of battalion, and then became, in 2004, the 4th rgt ranger Monte Cervino. The Col Moschin passed to regimental level in 1995, currently has four raiding companies. In addition, in 2000 the parachute artillery regiment of the thunderbolt disposed of 120 mm mortars and 105 mm howitzers, starting the conversion into an objective acquisition regiment. In the same year the mechanized brigade Friuli began the process (formally concluded in 2005) for the conversion into an aircraft brigade, acquiring two regiments of the AvEs. (Vega e Rigel). 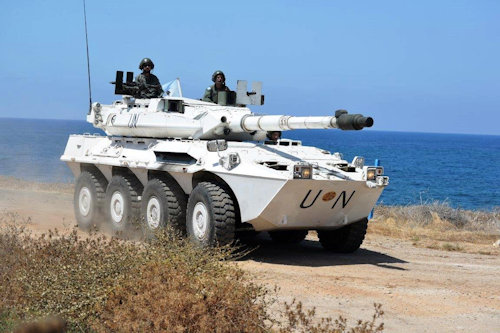 At present the Italian Army has 5 light brigades, 4 medium brigades (entirely on 8x8 busbars) and two heavy ones.

The objective of the Armed Force, with a view to increasing its capabilities, is to characterize each multi-weapon maneuver brigade according to a standard that provides for a composition of: 3 maneuvering units, an artillery regiment that is able to manage and coordinate land fire support but also ensure integration with other fire sources (naval and air) in one area Joint Fire, a cavalry regiment that can be configured, if reinforced by specific assets, such as ISTAR Task Force to support the large elementary unit, a regiment of the sappers engineers to support mobility and against mobility and protection, a logistic regiment, a support unit with C2 capacity of the large elementary unit.

In the Army doctrine, large Light units will be employed in the so-called phase early entry of an operation, given their high strategic mobility; those Medium, given their predisposition to receive highly digitized platforms, will be used in contexts of stabilization and support for peace operations; finally the Heavy will be used in purely operations combat and of high intensity in fact, thanks to the high characteristics of tactical mobility and firepower, they are able to conduct decisive fights.

As can be seen from what has been written, the Army assigns combat tasks exclusively to the two Heavy Brigades (Ram e Garibaldi) which, as far as heavy vehicles are concerned, have had, in the last ten years, less attention from the Defense (we refer to previous articles the analyzes regarding MBTs Ram and to IFV Dart - opening photo). 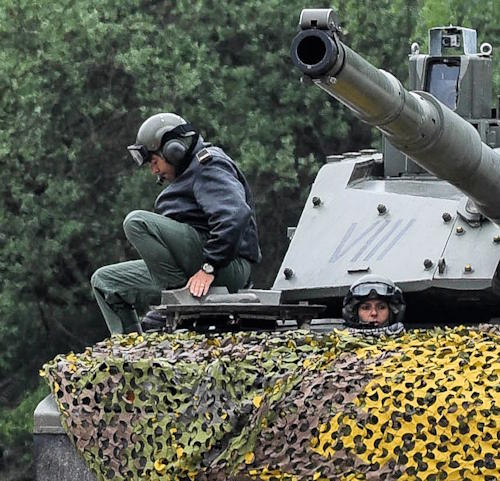 The recent operational theaters, especially the Syrian one, have underlined the importance of armored vehicles, even in the presence of groups of militiamen equipped with latest generation anti-tank systems, for the support of the infantry.

In the three operational armored regiments (the 4th of the Garibaldi, the 32nd and 132nd of theRam) - each in theory on 41 wagons - about thirty are efficient Ram, the others are used to supply spare parts. On the other hand, apart from some specimens deployed in Iraq during the operation Antica Babylon, the Ram they were employed abroad only in exercises.

Some might argue that, given the strategic projection of the Italian state, a larger (I would say even more efficient) armored component would not justify the high expenditure. However, the international situation could change in the next few years and there could be a need for Italy to have a greater number of armored units. It is also true that, also considering the other three Armed Forces, in recent years we have had a proliferation of special / special operations units (higher than France and the United Kingdom). As our readers know, special forces have an optimal use at a strategic level, while they have often been used as a force multiplier, so not strictly for those tasks for which they are trained and equipped.

In conclusion, the main issue that the Army should face, regarding the large Heavy units, is that to recreate an efficient armored component it is not enough just to acquire modern means but it is equally important maintain an updated doctrine about their use.

Asphalt paving of the capitoline streets and garbage are among the most recent organizational emergencies where - without embarrassment ...
1028
Read

Despite continuing with the update program of the Aries tank, the Army General Staff arises ...
6541
Read