European army: a road leading to the Elysée? 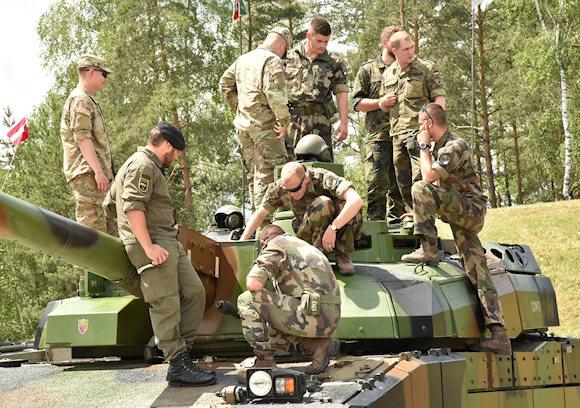 The Russian-Ukrainian crisis has awakened the pro-European upsurge for the constitution of a common Union army.

The separate talks of French President Macron and German Chancellor Scholz (military power and economic power of Europe), with President Putin, have demonstrated for the umpteenth time the lack of a common foreign policy and therefore of a common defense.

Several politicians, including national ones, express the need to equip themselves with a European army in order to be able to count in international crises, the prerogative of the Powers (equipped with nuclear weapons).

There is no doubt that the nations that possess nuclear weapons have a different "weight" when they have to relate to other international actors.

So the solution would be to better integrate the military forces of the EU member states, so as to be able to "speak with one voice" when crises like the Ukrainian one occur.

The problem is to understand how to carry out this epochal project.

First of all, a nation's armed forces are its political expression. To give an example, the military instrument of Germany is structured purely to carry out defense tasks of the national territory, while the French one (nuclear and ex-colonial power) is conformed to a greater projection towards the outside as well as to the protection of the strategic interests of Paris in the world.

As regards Italy, currently, the most important mission is the "Safe Roads" operation which involves over 7.000 soldiers in Italian cities. 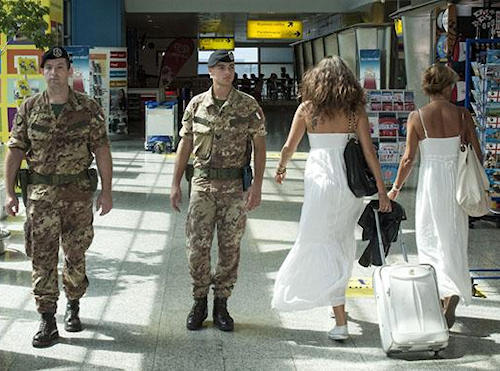 Then there are often divergent strategic interests, rarely converging, between the 27 member states of the EU. Berlin is projected towards northern Europe and the Russian Federation, as well as the Netherlands, Belgium and the Scandinavian countries. Italy, on the other hand, given its geographic conformation, has a predominantly Mediterranean connotation.

This alone would be enough to wreck any hypothesis of the constitution of a common military force which, we remember, would be an instrument of foreign policy.

In our opinion, the only way forward is to create a mechanism similar to NATO, that is to give military command to a single nation, namely France, the only member of the European Union that possesses the culture, structures and political / military capability to manage a European multinational force. In this regard, of the 27 member states, only a few have assets capable of integrating / implementing the military apparatus of Paris.

As for ground forces, armored / mechanized units should be provided by Germany (currently has 5 operational tank battalions, each on 44 MBTs Leopard 2A6 / 7) and the other member states of northern Europe. The Italian Army, in this sector, leaves something to be desired, while as a busway it could provide, in the near future, a component Centaur II / Arrow, even if unsuitable for a high-intensity operational theater (as in the Donbass).

In practice, our Army could contribute to a community military instrument with specialties of light infantry (paratroopers, lagoon, alpine), self-propelled artillery (PzH-2000 from 155/52 mm), special forces and, above all, with helicopter assets (CH- 47F, UH-90, AH-129D and in the future the NEES AH-249).

The Air Force, on the other hand, has “attractive” assets with the flocks equipped with the Typhoon and those with the F-35A / B. Furthermore, the EW component (Electronic Warfare), in the next few years, will receive a strong implementation with the acquisition of additional G550s in AISREW configuration (Airborne Intelligence Surveillance, Reconnaissance and Electronic Warfare). Another “attractive” sector is the CSAR, ensured by the 15th flock in synergy with the “air raiders” of the 17th. 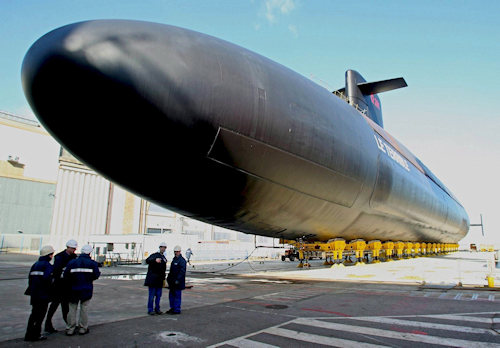 As for the naval component, the Marine Nationale is a navy "Blue water", thanks to the nuclear attack submarines (SSN), of the class Suffren (which will gradually enter service over the next few years), and to nuclear ballistic missile submarines (SSBNs), of the class Le triumphant (photo). To this apparatus is added the nuclear-powered aircraft carrier Charles De Gaulle, equipped with the embarked version of the fighter Gust, in addition to class fighters Horizon e Aquitaine and frigates of the class Lafayette and future FDI.

To this already substantial naval force, the Navy could add very little. The F-35Bs embarked on the "aircraft carrier" Cavour, will reach the IOC (Initial Operational Capability) in 2024. However, when fully operational, no more than 8/9 aircraft will be able to board, with attack capabilities limited by the impossibility of taking off with payload adequate.

Definitely the amphibious assault ship Trieste (which should enter service at the end of the year), in a hypothetical European fleet it would find a right place, going to cover the role of flagship of the landing force, which would also see the presence of the Mistral French and Juan Carlos I Spanish. Another usable component could be the underwater one, with the class Todaro which in the next few years will be supplemented by 4 U-212 NFS boats.

In practice, it would be a question of placing under French command (obviously after a political transition) the assets (perhaps using a rotation formula) of the member states that the Ministry of the Armed Forces of Paris considered functional to the achievement of European strategic objectives (in addition to the creation of a permanent multinational command).

Other hypotheses would be hardly feasible, as mentioned at the beginning France possesses the nuclear deterrent, in addition to everything else. A strategic deterrent that he will never put in the hands of another European decision-maker, whether political or military.

In conclusion, either Europe "submits" to Paris or it will have to resign itself to being "a mere geographical expression".

A Pakistani court has summoned the heads of all past and current governments, including the former military governor ...
72
Read

The experience gained on the ground, in the last two decades, by the Italian military personnel engaged in the missions ...
12607
Read

After the decommissioning of the M551 Sheridan tank, which took place in the mid-90s of the last century, the US Army ...
16344
Read

The director of the Kredmash mechanical plant in Kremenchuk would have confirmed (source Komsomol'skaja Pravda) that ...
7765
Read

For a long time, Difesa Online has emphasized the importance of acquiring (and maintaining) artillery pieces, monotube and ...
22705
Read

British Army Chief of Staff Sir Patrick Sanders says the invasion of Ukraine by the ...
12812
Read