Home Military world Defense of our interests in the Mediterranean 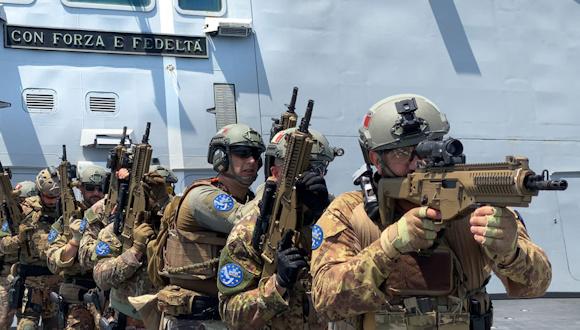 History teaches us that maritime routes are fundamental for the economy and, starting from the XNUMXth century, indispensable for sustaining the industrial capacity of each country. However, by their very nature, they are exposed to any aggressive action by those who wish to gain illicit profit from such actions or by elements that intend to hinder normal international trade. In this context, military and commercial fleets have a vital importance for the security and prosperity of nations in particular when, due to the scarcity of the country's resources, production capacity is subordinated to imports by sea.

For Italy, the vital need for imports from the sea is evident, in particular because of the choice to base our economy on a strong industrialization. Although it is geographically defined as a peninsula, Italy can in fact be assimilated to an island when it speaks of its strong dependence on imports and, therefore, on the availability of maritime communication lines. The sea therefore has a central role for our country because the scarcity of raw materials forces us to go far for supplies. In essence, Italy must rely on foreign countries to keep its economic system alive. From the Roman Empire onwards, when it had fleets available to protect its interests on the sea, it thrived, when it did not have ships available to counter the will of the adversary of the moment, its economy has regressed. 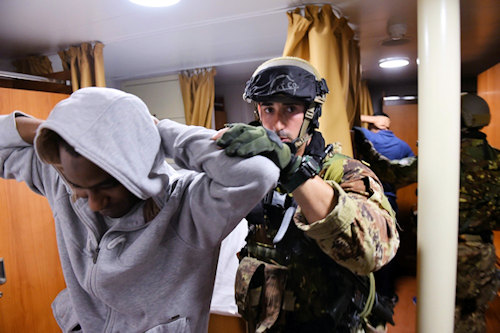 To ensure that the raw materials necessary for the industrial process arrive in Italy and that the processed product can be sold, it is therefore essential that free navigation along the sea routes is guaranteed, which are still the most economical system for the transport of goods. 80% of international trade still travels on water.

But the seas and oceans of the world are full of passages where it is possible to make boardings for redemption purposes or that offer the possibility of preventing maritime transit, even from land or with relatively limited naval means. Just think, just to mention those of more direct Italian interest, the straits of Bab-el-Mandeb, Hormuz, Malacca. All areas where piracy is extremely active and where a possible international crisis could create the conditions for blocking the transit of merchant ships.

To combat piracy, patrolling and escort operations have therefore been successfully launched in waters distant from Italy (photo opening), mainly conducted by our military naval units inserted in a multinational device. Thanks to these interventions, the boarding by pirates has drastically decreased in number. The attention, however, must remain high to avoid that any softening of the prevention measures may favor the recovery of the phenomenon. 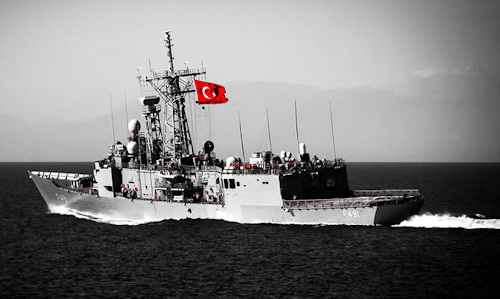 Having said this, it should not be overlooked that the area of ​​our most direct interest, the Mediterranean, still represents one of the regions where conflict is strongest, due to situations that have their roots in too long unresolved political issues, on which moreover, terrorist events took place. And this conflict grows when it comes to the exploitation of marine resources, which concern indifferently the extraction of hydrocarbons or fishing. We are, in fact, going through a period in which the search for resources makes many States eager to create an ever wider living space, often with actions that exploit a domineering and muscular reading of international standards. The main field on which these actions are manifested is the sea, particularly now that technology can allow it to reach its most intimate and hidden resources. From the goods highway and food supplier, the sea is now a new, but old, reason for international litigation.

How can we forget the long arm wrestling between Turkey and ENI for extraction rights off the south-east coast of Cyprus where Ankara, in an intimidating move and without legal basis, prevented drilling in 2018, regularly authorized by Nicosia , by the ship Saipem 12000. In that case, the Turkish political will expressed itself by navigating its military ships in the waters assigned to ENI, preventing it from carrying out its operations and forcing it to give up the search for hydrocarbons in that area. 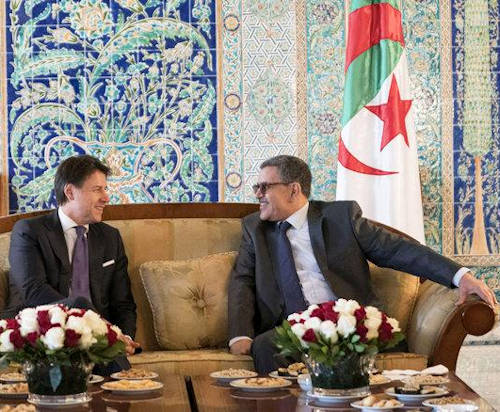 To this is added the proclamation of an exclusive economic zone of 400 miles by Algeria which, in a sea as small as the Mediterranean, means having been granted the right to use marine resources up to the limit of the Spanish territorial waters (Ibiza ) and Italian (Sardinia), contrary to article 74 of the UN convention on the law of the sea. The Algerian authorities have declared their willingness to discuss it again with Italy, but the fact remains, as is the certainty that it would have been better to start the debate before that unilateral act.

As can be understood from these examples, but it has been so for more than two thousand years, fundamental national interests gravitate towards the sea in general and the Mediterranean in particular and it is essential to be ready at any time to assert our legitimate reasons for the protection of national interests, mainly with diplomacy and at the tip of law, but also being ready to show muscles, if indispensable.

On the sea, the only principle that must always be defended is its freedom of use. An obvious and indisputable truth of which every explanation seemed superfluous but which, even with the increase in interests related to marine resources, it was necessary to regulate with the first and third United Nations conference on the law of the sea, commonly known as the Convention of Geneva on the high seas (1958) and that of Montego Bay in 1982 (Unclos I and III). These legal guarantee and control instruments appeared to be sufficient to ensure freedom of navigation and use of the sea. But the threats posed by piracy, transnational terrorism, drug trafficking and, as mentioned, by the will of some States to arrogate rights to ever greater portions of the sea (and related resources), make it necessary to maintain effective tools that are capable of enforcing international standards also, if necessary, with the use of force. 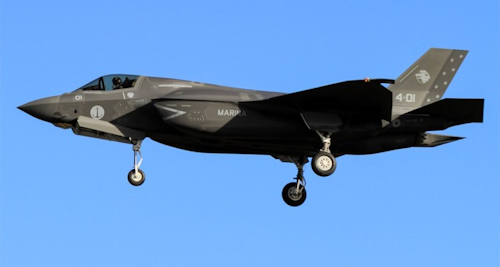 Italy must be ready, as are the most advanced countries already, to guarantee freedom of navigation on all seas and the protection of its national interests, guaranteeing respect for international law. History teaches us that ... when ships move, the economy moves ... A teaching that must not be forgotten, especially by those with political and military responsibility to provide the appropriate tools to protect national interests on the sea. A concept which, unfortunately, seems today underestimated by some, perhaps victims of the partiality of certain obsolete and nostalgic visions, which many offenses are causing to the intelligence and interests of our country.

In a period of disorder and global emergency such as the one we are going through and the presence on the world scene of influential non-state subjects, it is essential to have a clear route to follow and, if necessary, identify the national interest and provide the Navy with the tools suitable as, for example, the indispensable V / STOL aircraft to be embarked (F-35B), so that our aircraft carrier units can reach the full operational capability and are capable of pursuing the set goals.

This affects our national interests and the revitalization of the economy, severely tested by the Covid-19 emergency and by the recent world crises.

For a long time, Difesa Online has emphasized the importance of acquiring (and maintaining) artillery pieces, monotube and ...
14744
Read

British Army Chief of Staff Sir Patrick Sanders says the invasion of Ukraine by the ...
8659
Read

During the last world war the Panzerkampfwagen V Panther, having solved the initial mechanical problems, was ...
25766
Read

The conflict in Ukraine has "distracted" the magazine in recent months from continuing to deal with issues relating to the ...
6934
Read

A few weeks ago we mentioned how serious games (and among them war games) can help to understand ...
1840
Read